GMB Save Our Steel - Rally In Sheffield, Saturday 21st November 2015

As you will be aware the Steel industry in the UK is in real crisis, with massive job losses taking place with the closure of the SSI plant in Redcar, redundancies in Tata Steel in Scunthorpe and the potential closure of the plants in Scotland on top of job losses which will take place in Rotherham and redundancies and closures in Caparo Industries.

It is such an honour and I'm so proud and humbled to be elected General Secretary of our great union says Tim Roache.

The independent scrutineer Electoral Reform Services have advised of their certified result of the Election of General Secretary & Treasurer 2015;

We will work positively with the company to ensure this safeguards existing and also creates new quality jobs so desperately needed says GMB.

The GMB is organising a national day of action which is being led by our National Young Members’ Network.  We will be protesting outside M&S Simply Food stores which are franchised out to Select Service Partner UK Ltd (SSP).

The Rugby League Players’ Association (RLPA), which is part of GMB, expressed disappointment to hear of the demise of League 13 as it leaves any remaining members of League 13 in a vulnerable position without support or representation from a professional body.

A social evening, sponsored by GMB, Britain’s General Union, was held at the Aakash Restaurant in Cleckheaton on Tuesday, 20th October 2015 in aid of Batley Food Bank. 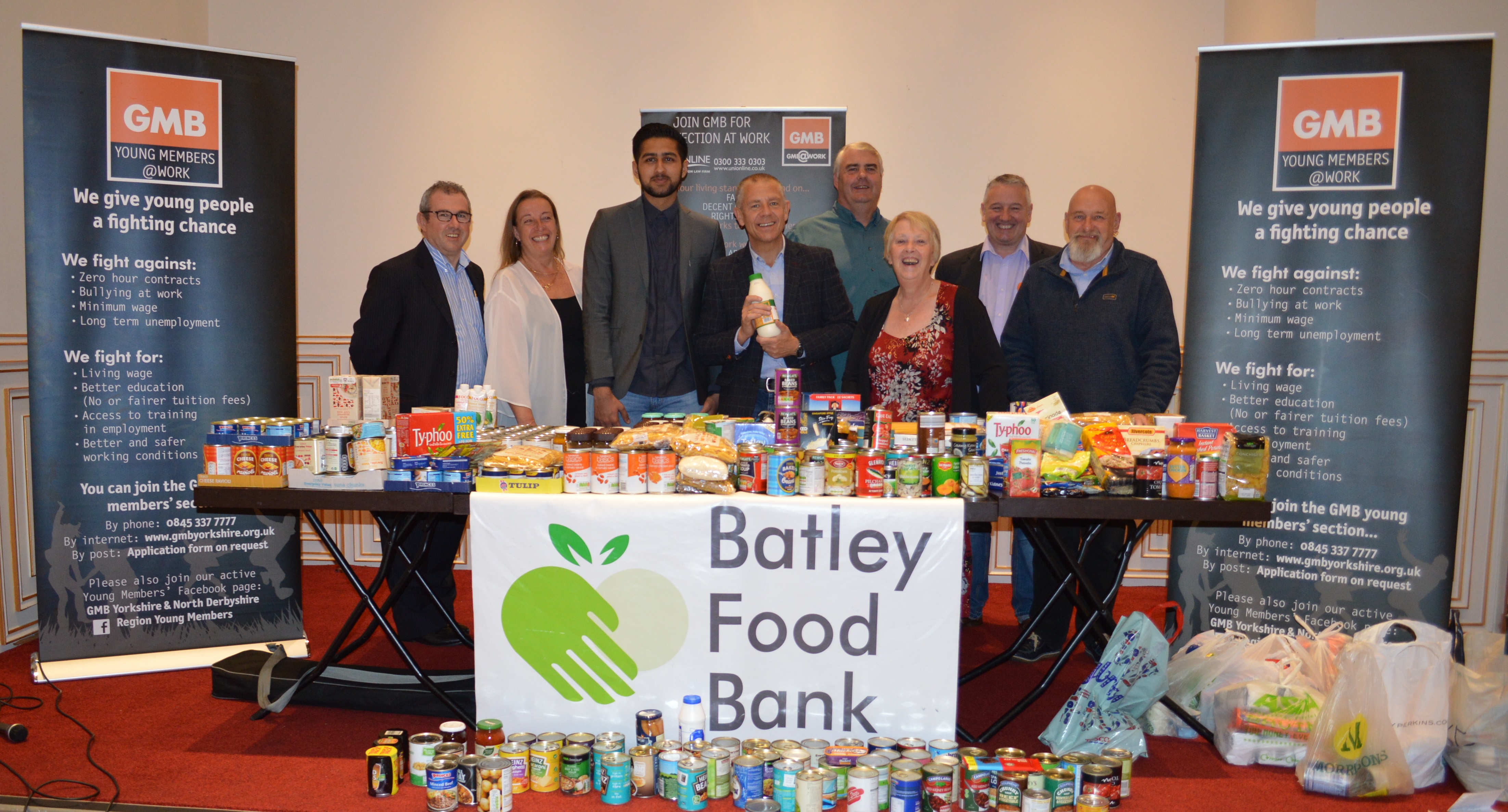 Please note the National Returning Officer has decided to extend the deadline for voting across the whole country by one week due to the delays in distributing the magazine/ballot papers.