International Women’s Day is a worldwide event that celebrates women’s achievements, from political to social, while calling for gender equality. International Women's Day has been observed since the early 1900s and is now recognised each year on the 8th March.

Rachel Harrison, GMB organiser, talks on the importance of women’s involvement in the trade union movement. 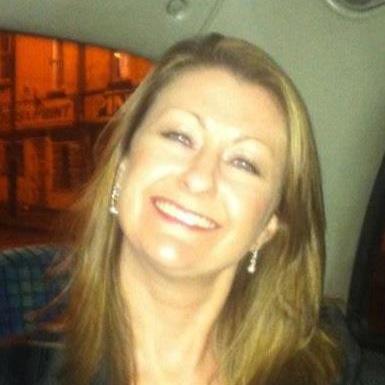 "Women in the workplace owe it to themselves to join a union and get organised. That doesn't mean just putting a card in your purse, sisters. It means rolling your sleeves up and getting stuck in.

It may be over four decades since the introduction of the Equal Pay Act but women are still paid considerably lower wages than men. The gender pay gap isn't a myth. It’s the day to day reality for a lot of working women. Now, as we see an increase in the use of casual labour, an assault on public service workers and austerity measures that hit not just women at work but the services we rely on too, if you haven't joined us yet. Now’s the time.

As a young woman working for a trade union I often meet people who don't think I meet the perceived criteria of a trade union member and activist. I’m not a white, middle aged bloke. I don't have a beer belly (well, after working off the Christmas excess anyway) or  a copy of the Racing post under my arm. I do not carry a megaphone and a placard everywhere I go in case a spontaneous protest breaks out (and to be clear, I’m not saying our brothers in the movement do either).

Contrary to what the press might like to depict, I reflect our union membership. As do thousands of women right across our trade union movement. Young women, older women, BAME women, LGBTQ+ women.

Gone are the days where trade unions were for men in manufacturing and labour intensive professions. Half of GMB's membership are women thanks to our recruitment and organising efforts focussed in schools and caring professions which are still predominantly made up of female employees and, by no coincidence, still underpaid.

I see why we make a difference every day as Lead Schools Organiser for GMB Yorkshire & North Derbyshire Region.

I spend most of my days visiting school support staff, encouraging them to join and get organised. To some (looking at you Mr Gove) there is a perception that support staff in schools are a 'mum’s army' of volunteers washing out paint pots and making sure kids don't run in the corridors. This could not be any further from the truth. Our support staff are the backbone of the education system, professionals in their own right and schools cannot function without them. So, why is it that teaching assistants aren't paid 52 weeks a year?

We think they should be.

Foster carers and care home workers are other examples. Vital public servants who perform crucial work with some of the most vulnerable people in society. Predominantly they’re women and usually underpaid.

It doesn't have to be that way and International Women’s Day is a great day to say: join us!

As with everything that has ever passed, from the Match Girl strikers to the Dagenham Machinists to Grunwick workers (who mark the 40th anniversary of their strike this year), it is only by standing together that we will achieve better. It really is that simple. The more women who join a union, the stronger we will be. You know what to do …"