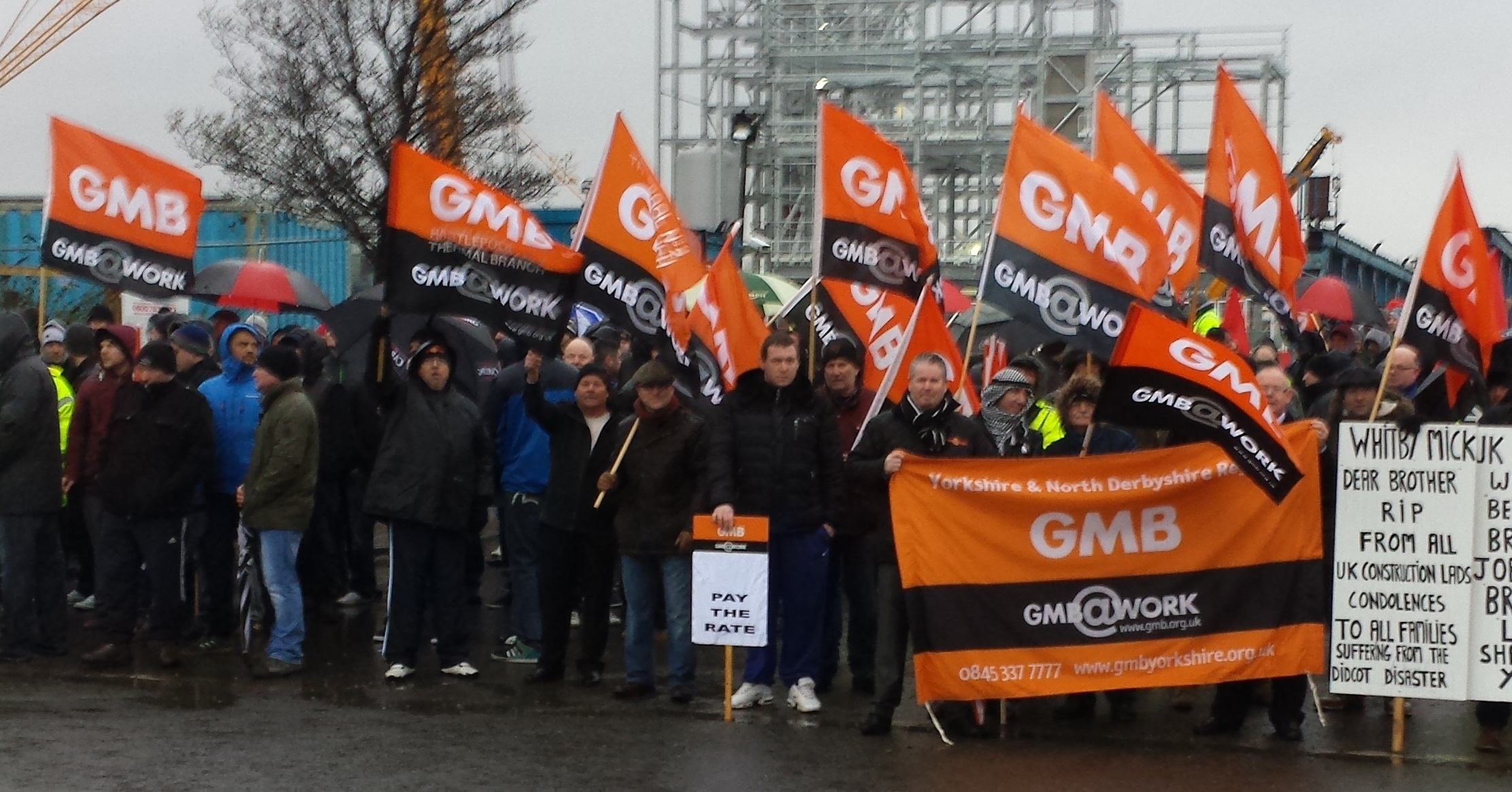 Unscrupulous construction companies are exploiting non UK workers at rates of pay as low as £7 per hour rather than paying £16.64 per hour under the relevant UK collective agreements says GMB.

The client and main contractor on each of the sites are as follows:

The main contractor for all three sites is a consortium of Babcock Wilcox VØlund a/s (BWV) and Interserve Construction Ltd. VØlund is part of the Babcock & Wilcox Group, and provides process equipment and maintenance services whilst Interserve (Wales) is undertaking the civil engineering and building.

Skilled workers on these sites are being paid about £7 per hour. BWV has declined to follow National Agreement for the Engineering Construction Industry (NAECI) which covers infrastructure like power stations, oil refineries and transport installations. Under that agreement the rate for skilled workers is £16.64 per hour.

Under the EU Posted Workers Directive contractors employing labour from third countries are obliged to follow sector agreements like the NAECI agreement but increasingly employers are ignoring this legal requirement.

Bob McNeill, GMB Regional organiser, said “GMB members have negotiated and honoured the Terms and Conditions of our National Agreement (NAECI) for decades and I support our members’ campaign for the National Agreement to be fully implemented on the Rotherham site.

Interserve and Babcock Wilcox VØlund are undermining our agreement by exploiting non UK workers and paying inferior terms and conditions. This is nothing other than social dumping"

Phil Whitehurst, GMB national officer for engineering construction, added “GMB members in the Engineering Construction Sector are being debarred from employment on energy from waste (EfW) facilities being built around the UK.

Unscrupulous construction companies using spurious umbrella companies exploit non UK workers at rates of pay as low as £7 per hour rather than paying £16.64 per hour which is the applicable rate through direct employment and utilising UK collective agreements.

GMB and Unite intend to launch a major campaign to get politicians in the UK and the European Union to implement the provisions of social Europe which were intended to go hand in hand with the free movement of labour across the European Union. As things stand we have a total one way street where undercutting of pay is happening on an industrial scale right across the UK. This cannot be allowed to continue.”