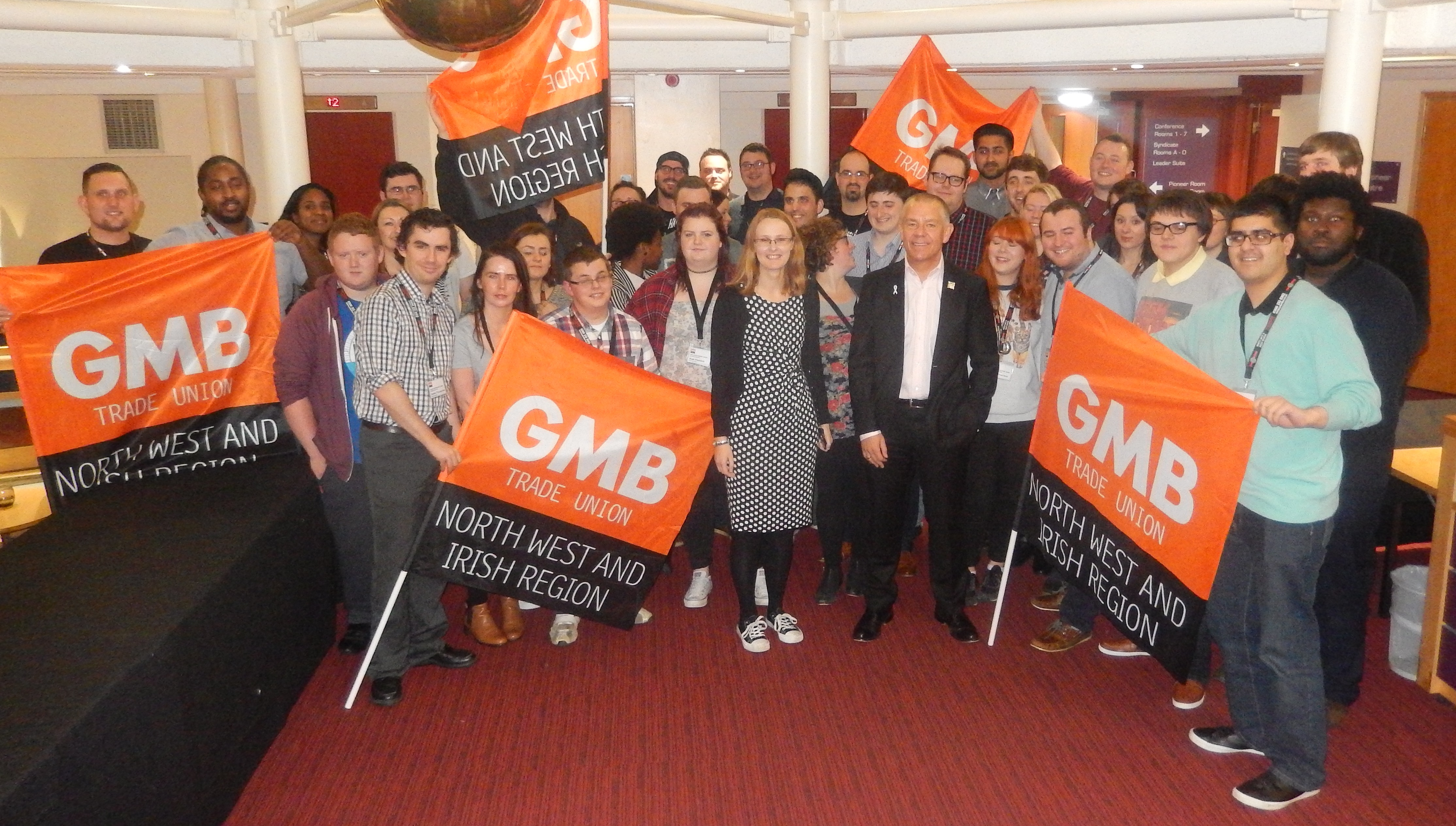 The GMB Yorkshire & North Derbyshire Regional Young Members' Committee has been elected for 2017.

Beccie has loved every minute but wanted to stand down and focus on regional campaigns, especially mental health. Beccie has recently started doing a PHD on mental health and has also been asked to be a national campaigns coordinator for Labour Mental Health. Huge congratulations Beccie!  Beccie will remain a part of the national network as she was successfully elected into one of the two CEC Observer Seats the network holds.

We are also pleased to announce that Jawad Khan, Regional Young Members’ Chair was successful in being re-elected into one of the two delegate seats the GMB has on the TUC Young Workers’ Forum.

Our region was successful in securing enough votes for their motion to go forward to the TUC Youth Conference in 2017. The GMB is only permitted to submit one motion so it's a great achievement for our delegates to have their motion on Trade Unions and Education being selected.

Our region also submitted a motion to the network about continuing the mental health campaign for the next 12 months. Jawad Khan moved this important motion and it was also passed.

Aged under 30?  Interested in recruiting and organising young members and campaigning irrelevant of age? 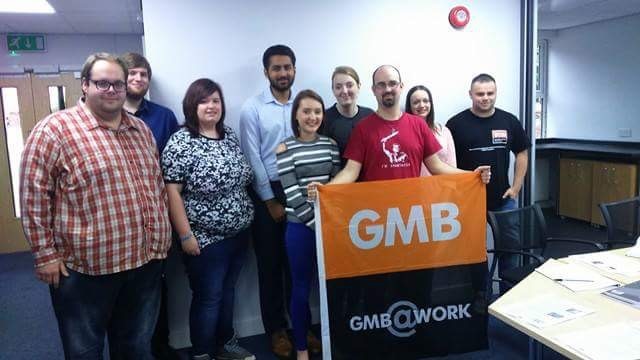 The region welcomed the National Young Members' Network to Wakefield in September.  The network is where regions young member delegates feed into and play an active part in campaigns relevant to them on a national scale.  Their main campaigns currently are raising mental health awareness in the workplace.

Also high on their campaigning agenda is fighting for the abolition of the discriminatory age banding in the national living wage. Please take a moment to sign our petition and circulate it as wide as possible - http://petition.parliament.uk/petitions/131920

This is a campaign which is gaining momentum with the backing of GMB member Holly Lynch MP for Calderdale who has already been raising our concerns in parliament. We are looking for members to speak to who have been directly affected by this discrimination. Is that you? If so please contact Rachel Harrison - Young Members' Officer - 0345 337 7777 or email her on: [email protected]

Do you want to get involved with GMB Young Member campaigns and activities? Get in touch!

The Power Of The Collective Voice By Jake O'Malley

Why We Should Stay In The EU.pdf

Young Member Structures - Who we are and what we do.pdf

The Regional Young Members Committee have made Mental Health a focus of their campaigning activities for 2016. What do we want to achieve?

The Who is estimating that by 2020 that mental illness will be the 2nd leading cause for mortality. If we, as a society, do not take serious and promote better wellbeing now, this will become an even bigger issue in the future.

Young members attended the TUC Mental Health Event in Leeds in November and secured support from the TUC in our campaign. We officially launched the campaign with Richard Burgon MP pledging to support. We hope to continue by gaining the pledge and support from other prominent public figures and also getting the TUC Mental Health Workplace Toolkits distributed as widely as possible.

Becci Ions on The Mental Health Crisis, Young People And What We Can Do 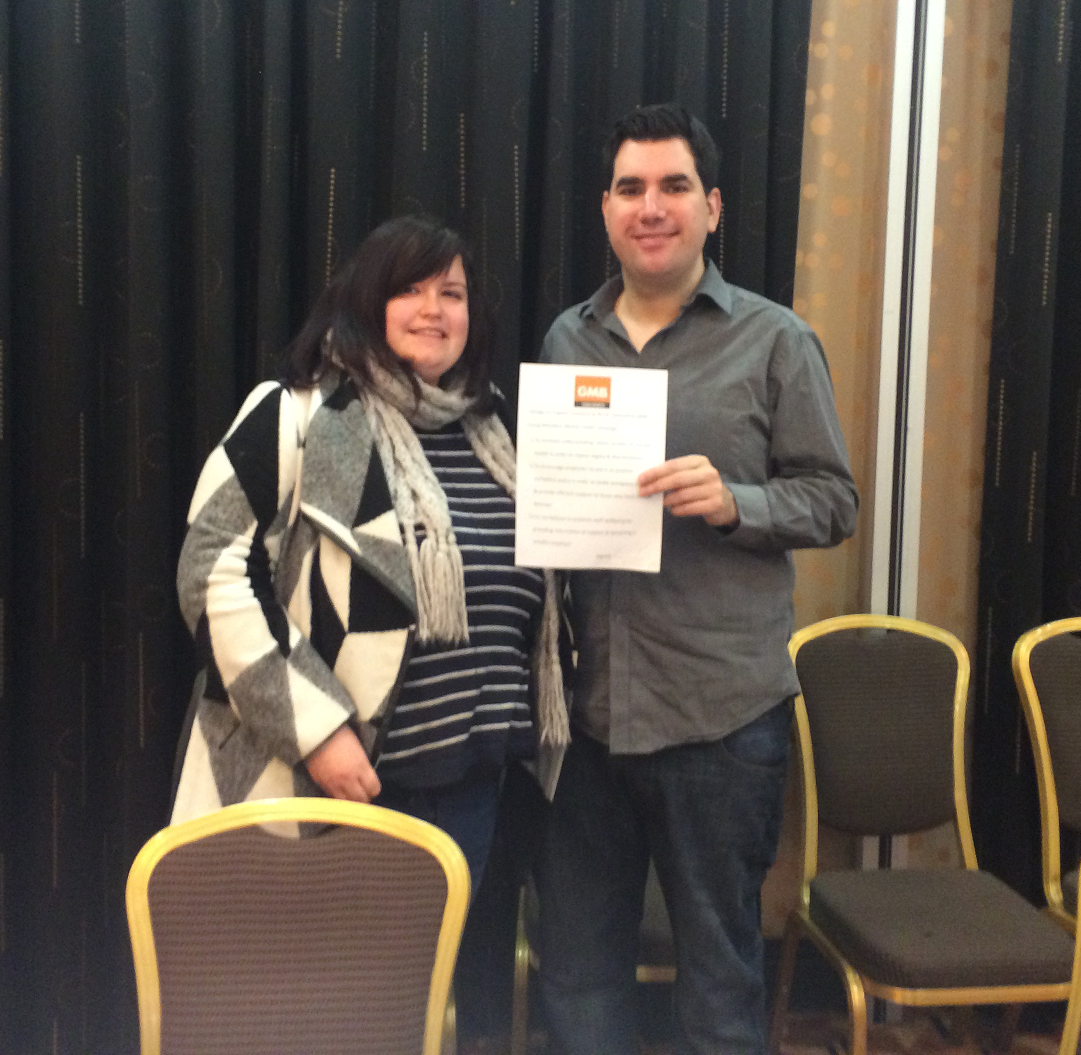 GMB young members sent a delegation to the Durham Miners’ Gala, which included Yorkshire & North Derbyshire members Jawad Khan, Beccie Ions and Barney O’Connor. They attended a two day political school and broadened their knowledge in areas such as political campaigning and the history of the Miners Gala.  Members then participated in the march alongside the GMB banner and were greeted from the balcony of the County Hotel by General Secretary, Tim Roache and Labour leader Jeremy Corbyn. The march then proceeded to the main field, where our members spent an enjoyable afternoon browsing the stalls and listening to speeches from Tim and Jeremy, as well as other figures such as Richard Burgon MP, TUC General Secretary Frances O’Grady and the late Dave Hopper. The Miners Gala was an amazing celebration of the work that unions have done over the years but also a stark reminder of the challenges we face today from the anti-union Tory government. 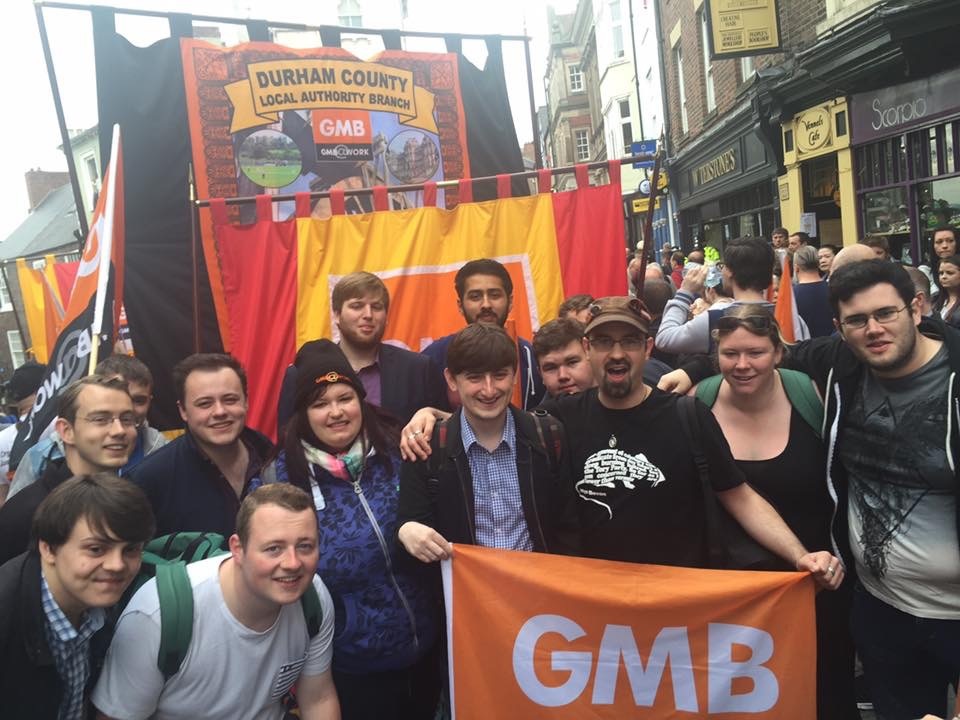 26 October was the Leeds For Free Education Demo organised by students of Leeds University and Regional Committee member Mark Donohoe. They are fighting for free education, against cuts and privatisation and are trying to improve the lives of students and workers. Beccie Ions was asked to speak on behalf of the GMB as a young member and ex student of Leeds University. The event was well attended and finished with a march through Leeds City Centre on a busy Saturday afternoon. 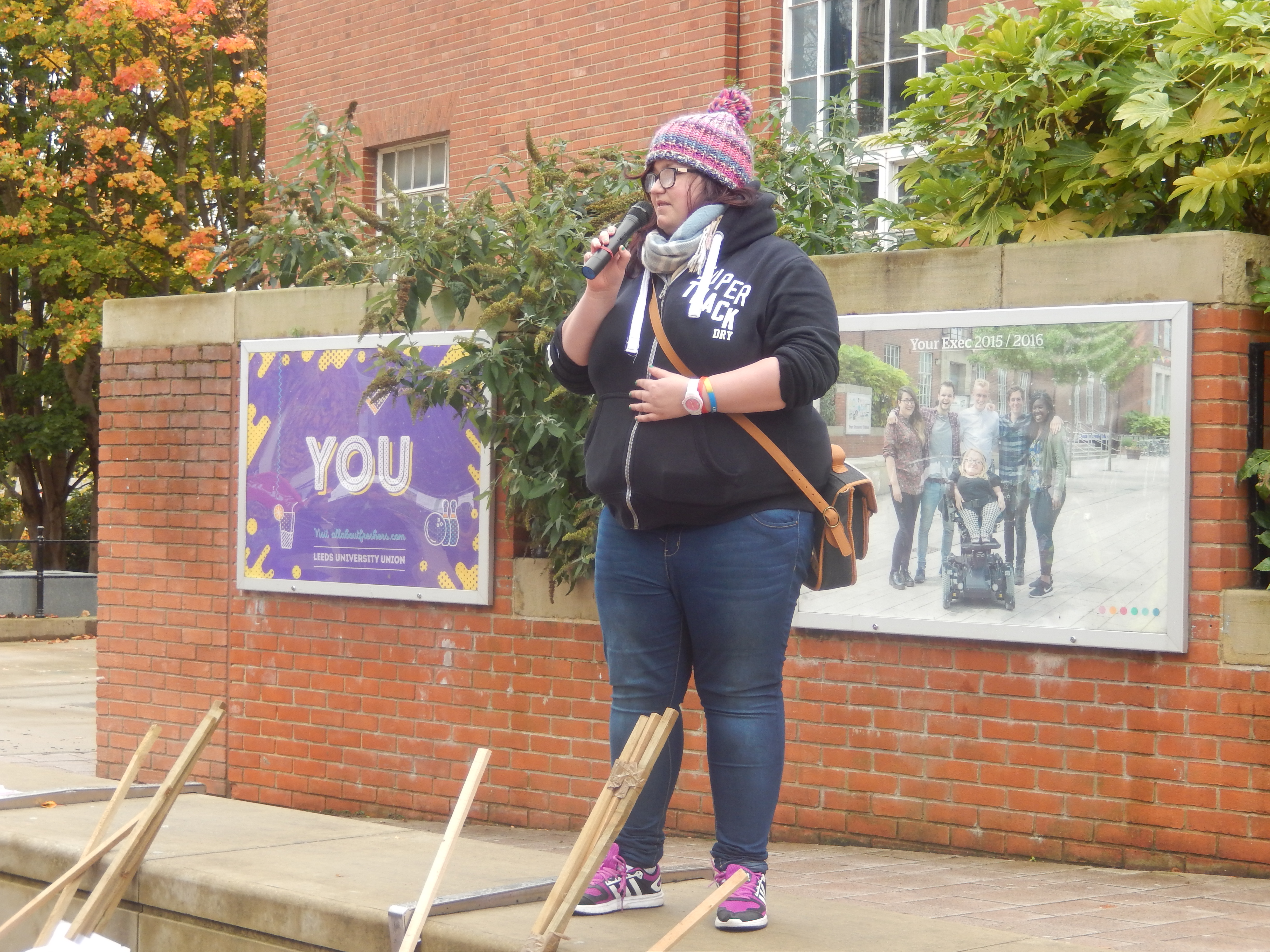 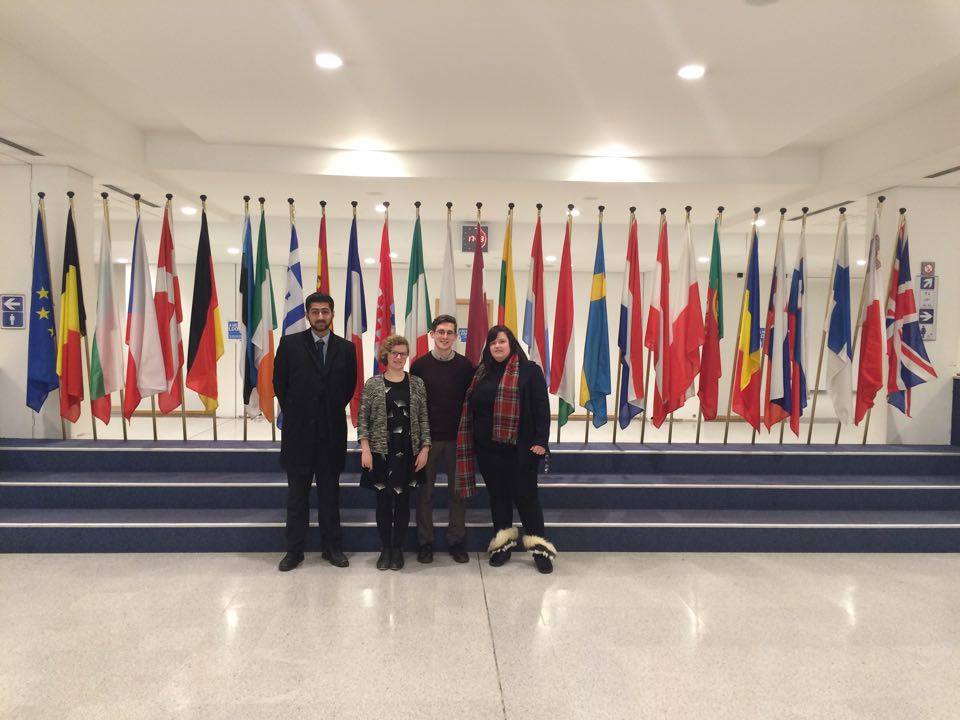 Young members Joe Wheatley and Jawad Khan, alongside two Unison young members, were invited to attend the Norwegian LO (TUC) Youth Conference organised through the TUC. Sharing experiences and learning from their Norwegian comrades about how to encourage membership in the trade unions. Click here for the full report. 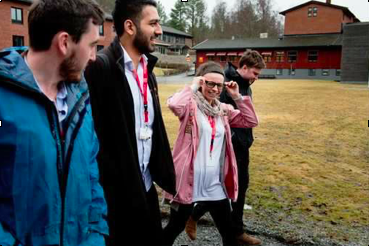 To find out more about our involvement with Workers Beer Company contact Rachel Harrison on 0345 337 7777 or click the logo.