Newham Council, in partnership with GMB, today (24th March) publish a report called “Pay By The Rules”  which demands that Government allows local authorities to use their local knowledge and expertise to tackle exploitative businesses who fail to pay the National Minimum Wage (NMW). The Labour Party has committed to local enforcement of the NMW being included in their general election manifesto and the report outlines how that can be achieved. The publication of the report coincides with the release by BIS of the names of a further 48 employers named and shamed by BIS for failing to pay the national minimum wage.

A Rotherham-based metals business has been sentenced after it repeatedly risked workers’ lives by making them use dangerous machines – notching up a shocking 31 enforcement notices for safety breaches in just three months. Sheffield Crown Court was told that Meadowbank Vac Alloys was a serial safety offender. It allowed employees to operate vehicles and plant with category ‘A’ defects, the highest possible level meaning ’immediately dangerous’, and continued to keep the machines in use even after being specifically prohibited from doing so by the Health and Safety Executive (HSE).

GMB, the union for workers in the security industry, reacted with shock to allegations that will be aired tonight on BBC One’s Inside Out London programme at 19.30 that thousands of licensed security guards could be working in the UK fraudulently after buying fake Security Industry Association licences (SIA) and training for cash. 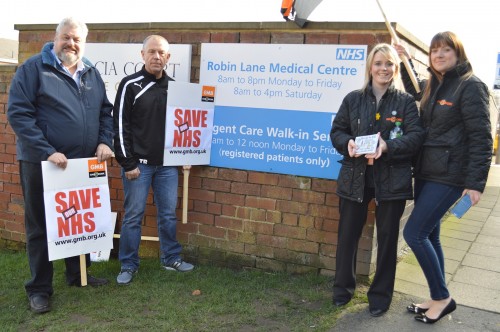 He got out of his car, walked into the centre, shook a few hands, walked out again, got back into his car and that was it and he can’t have been there more than 30 seconds says GMB.