Meetings will be held across West Yorkshire (Venue to be confirmed) to give all branch members the opportunity to attend at least one meeting.  Meetings commence at 7pm. 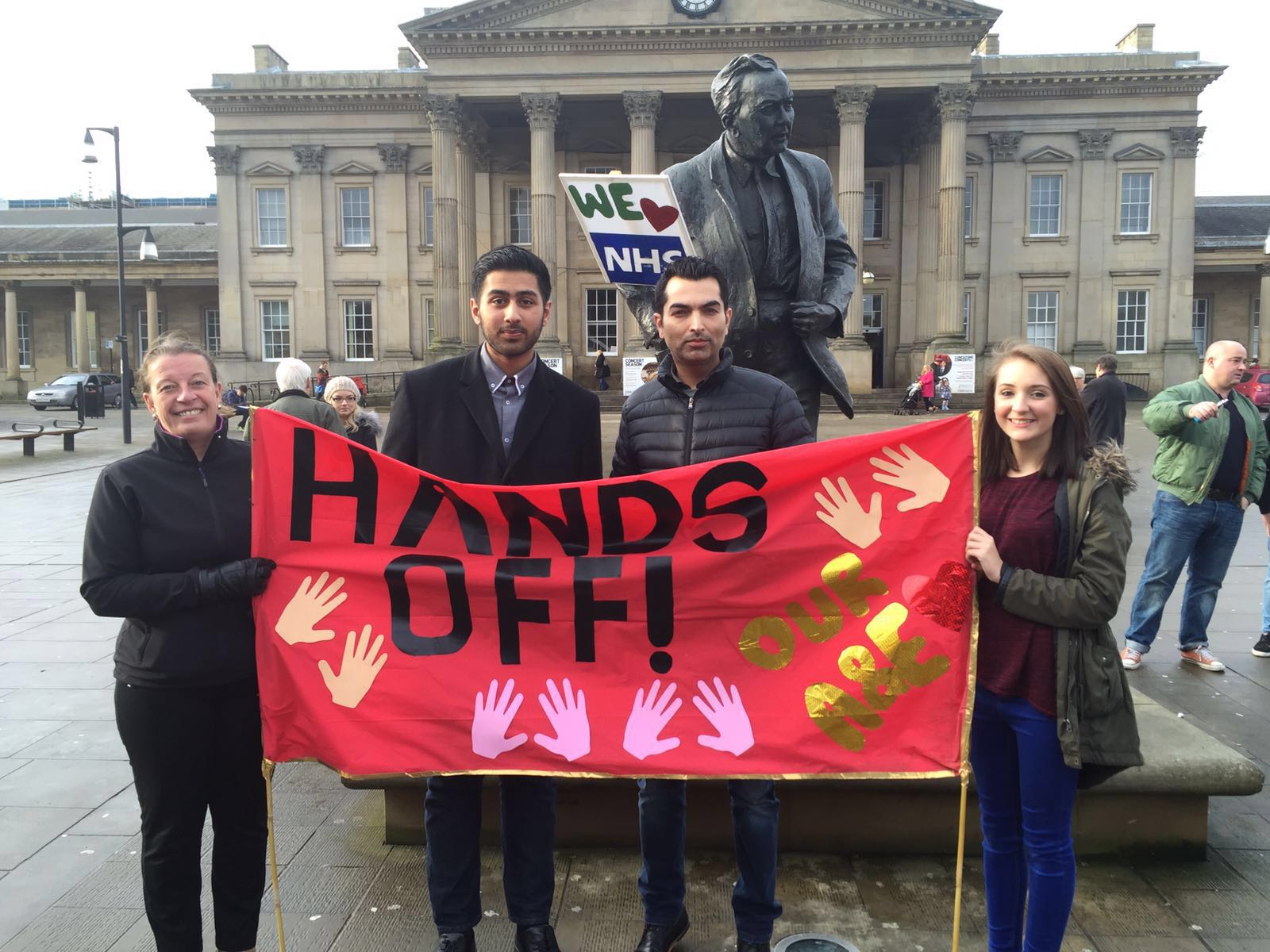 GMB Yorkshire and North Derbyshire region stood in solidarity with junior doctors when they took industrial action yesterday in relation to contract changes. The government want to impose a new contract on junior doctors.

Plans to redefine unsociable hours mean doctors will earn less money for working evenings and weekends. They also want to change the maximum number of working hours a junior doctor can work. The BMA are seriously concerned this will put patients’ lives at risk as the doctors will be overworked and tired.

Cath Pinder, GMB branch secretary from Brighouse General Branch, organised GMB support for the Dewsbury Hospital picket-line.  She said: GMB members, local councillors and the public alike felt compelled to come and show support for the junior doctors. We will stand shoulder to shoulder with them in their fight. NHS staff are under constant threat of the downgrading of hard fought for terms and conditions. Junior doctors today, another group of hardworking NHS staff tomorrow; we pledge our support to our colleagues in the BMA."

The 8-14 February 2016 was the Heartunions week of action which celebrates the great work done by union reps and members in our workplaces and in society. We're proud of our unions and reject the government's attempts to damage them with the trade union bill.  In the face of this politically motivated onslaught the TUC organised the week’s events to remind us why our unions are important and how this legislation will damage society.   Brighouse General Branch organised a stall at Dewsbury Market to raise awareness of the anti-trade union bill. 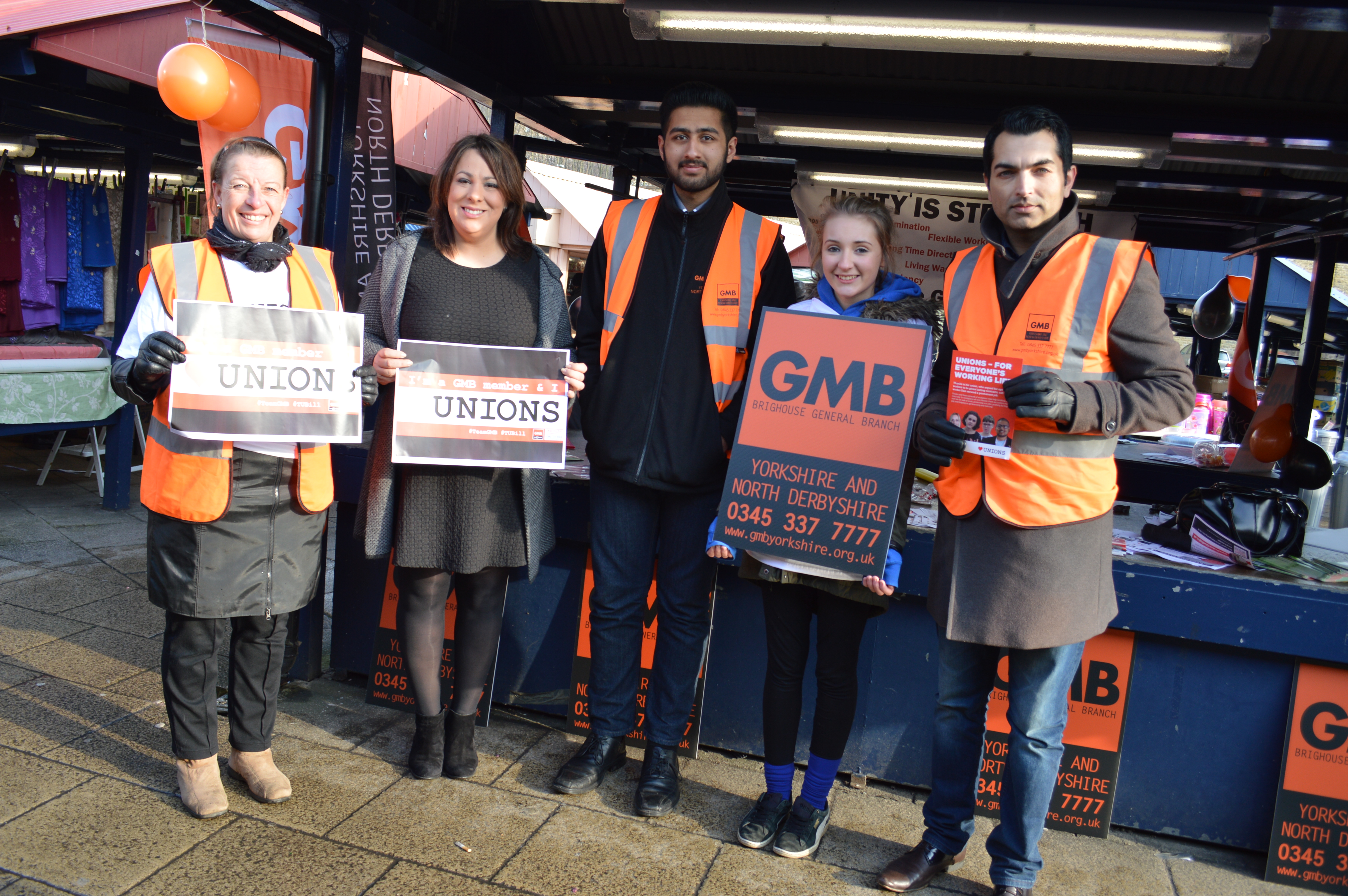 Brighouse General Branch sent delegates to the GMB Branch Weekend.   Workshops were held during the day and the conference theme was 'How We Beat the Trade Union Bill'.  A Branch Awards Ceremony took place in the evening with a number of branches honoured for the work they have done on behalf of GMB and its members during 2015.  Sunday morning saw a debate on the EU followed by a Q&A. 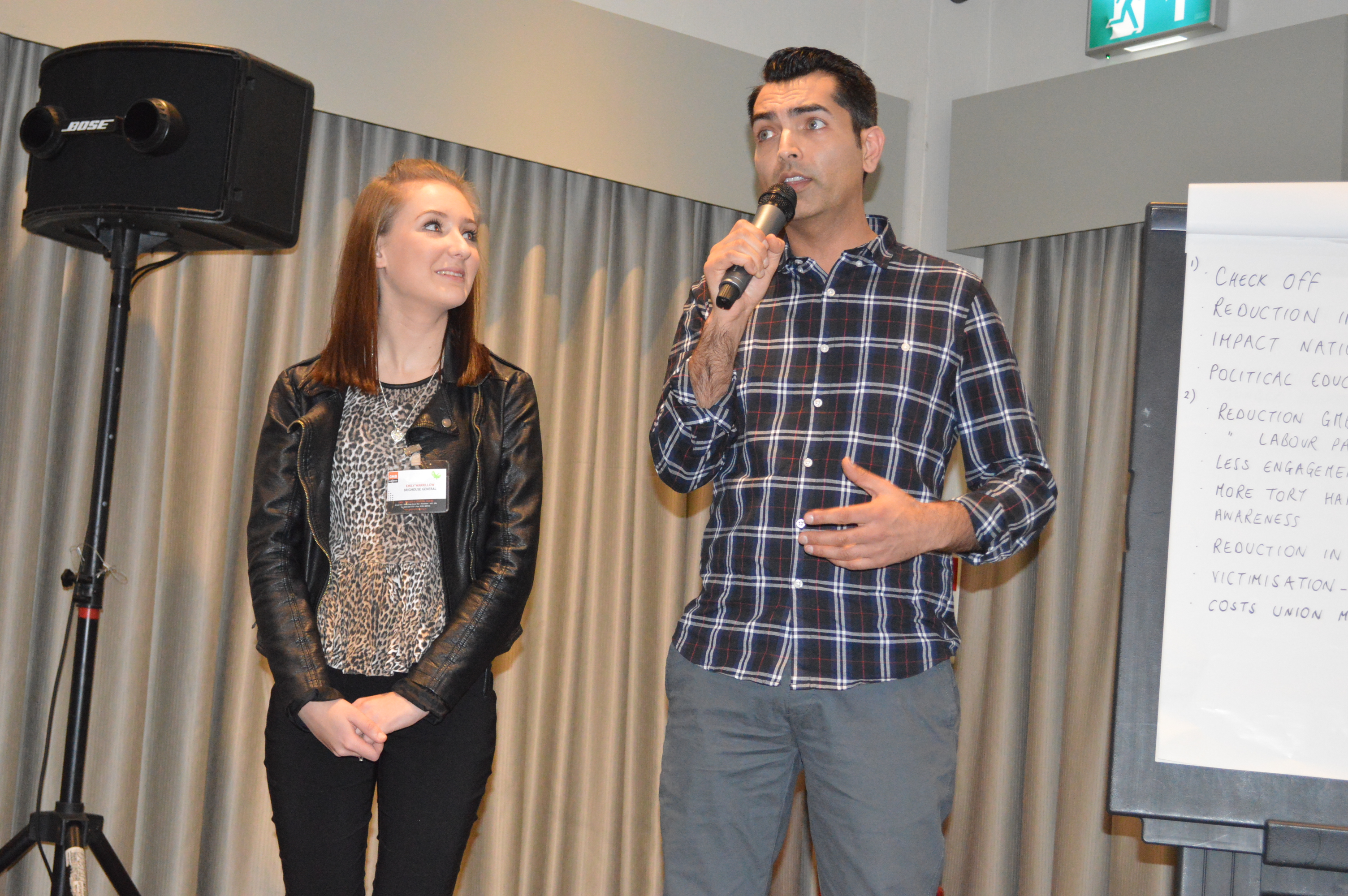 Pictured are Emily Warrilow and Aafaq Butt speaking on the Trade Union Bill. 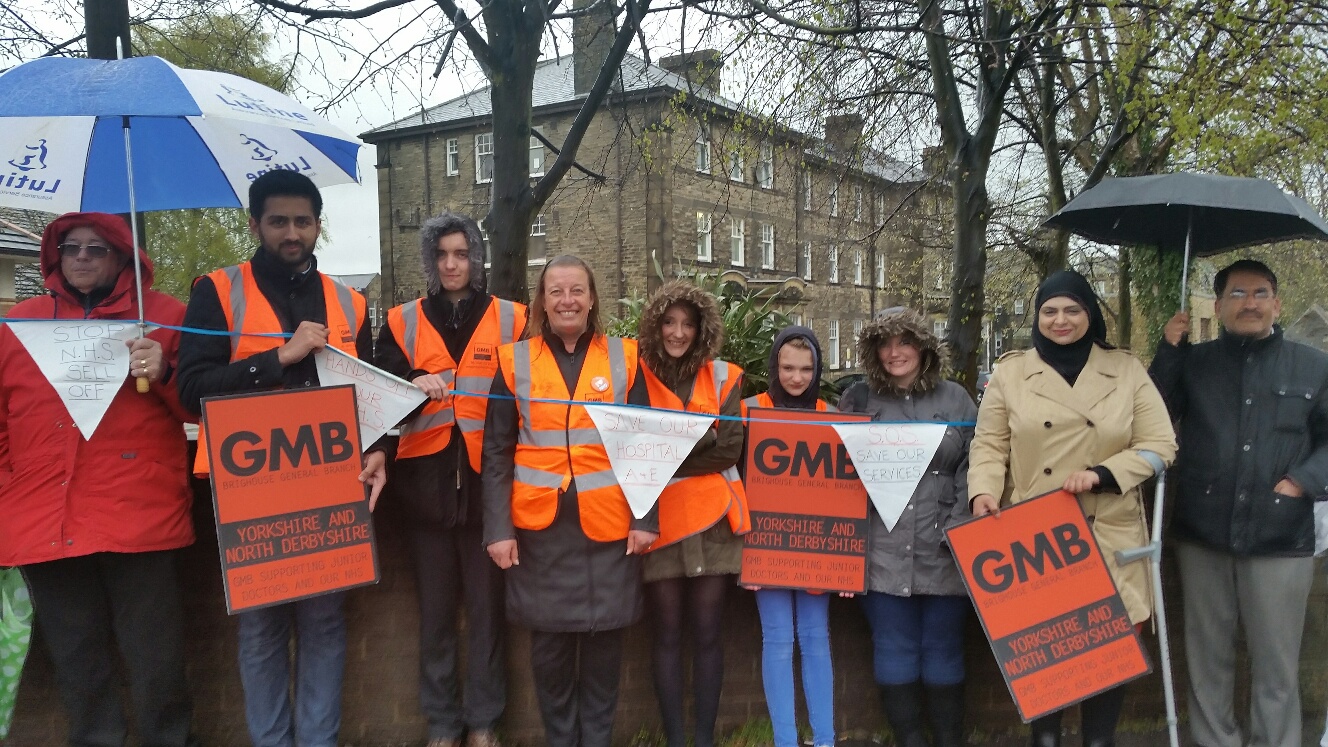 GMB activists and members from Brighouse General branch put their 'Hands Around Dewsbury Hospital' at an event held on the 28th April 2016 to raise awareness of the threat to our NHS.