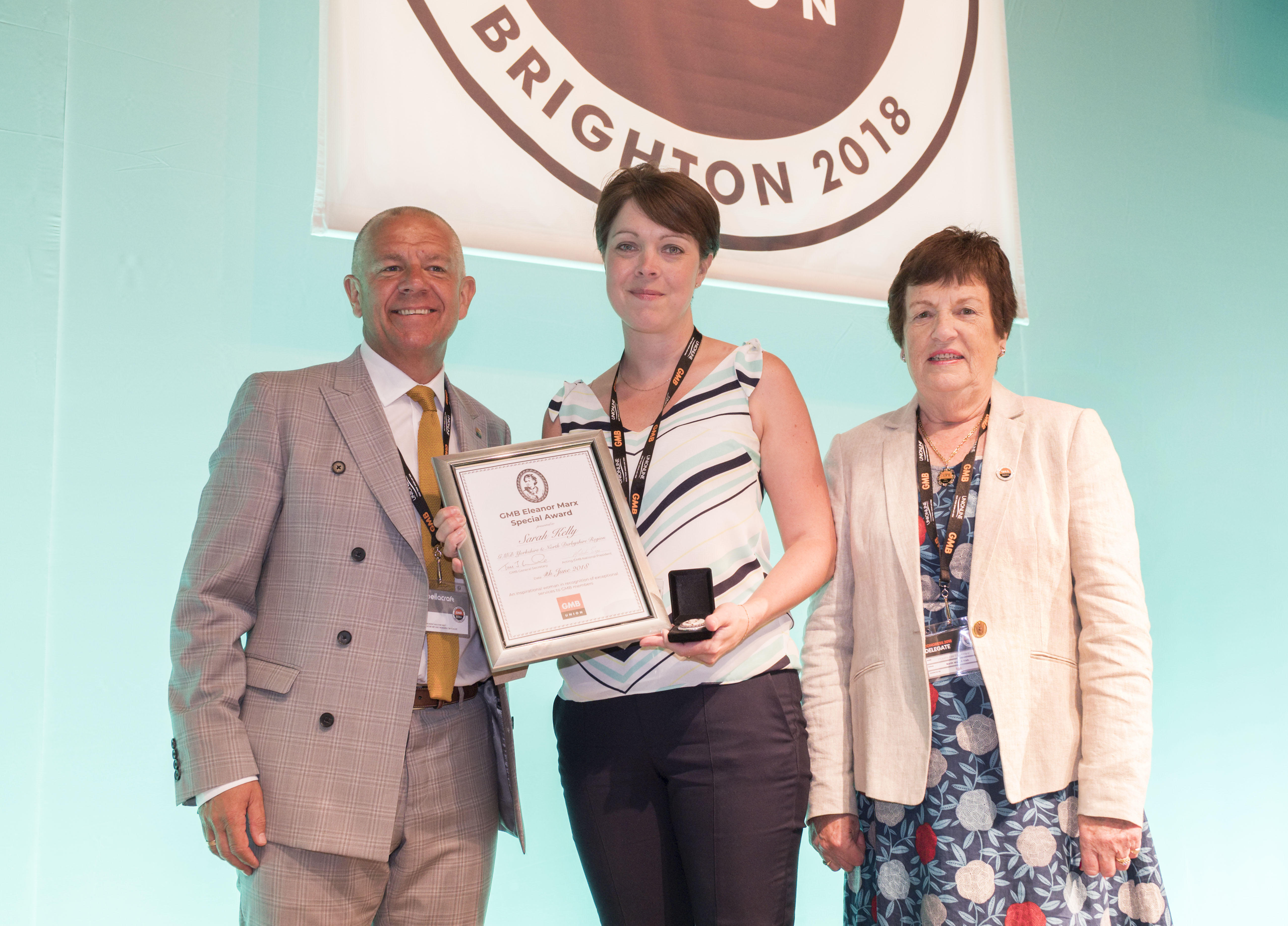 A brave ambulance technician who suffered a harrowing sexual assault before using her experience to campaign to change the law has been given a special award.

Sarah Kelly, who works for the Yorkshire Ambulance Service was handed the Eleanor Marx special award at GMB’s 101st Congress in Brighton this week.

In 2016 she was seriously assaulted by a patient that she was trying to help.

Speaking about her experience, Sarah said:

“I’ll never forget the look in his eyes. He seized my leg, he grabbed my right breast. Tears come to my eyes now just reliving the shock – and the violation I felt.

“It later transpired that this man was a notorious sexual predator and had breached a criminal behaviour order four times.

“The police and the local hospital had instructions on how to deal with him and ensure he was never left alone with a woman.” [1]

But after his release she was terrified she would have to respond to him - the YAS system had no way of flagging predators who had no fixed abode. Through her GMB branch, with the help and support of Holly Lynch MP and Chris Bryant MP, a campaign was started called Protect the Protectors.

The aim of the campaign was to make sentencing guidelines tougher for people who assaulted emergency service workers carrying out their duty.

In April, the Assaults on Emergency Workers (Offences) Bill, was passed by MPs, introducing a new offence of common assault against an emergency worker and require courts to treat attacks on emergency workers as an aggravating factor for sentencing purposes. [2]

Sarah’s campaigning was also pivotal in sexual assaults being included in the bill - after they were originally omitted.

“I’m really quite humbled by it really. If it hadn't been for the support I received from my union GMB, from my officer Stacey Booth and Pauline Kiely my branch secretary - I wouldn't be working in the ambulance service.

“Both of them and my husband Neil gave me the support to carry on going, even when things were tough, so that we could challenge this and fight for staff to be protected at work.”