Union goes on offensive in defence of workers as TUC hits Community Union with £25,000 fine after code breache 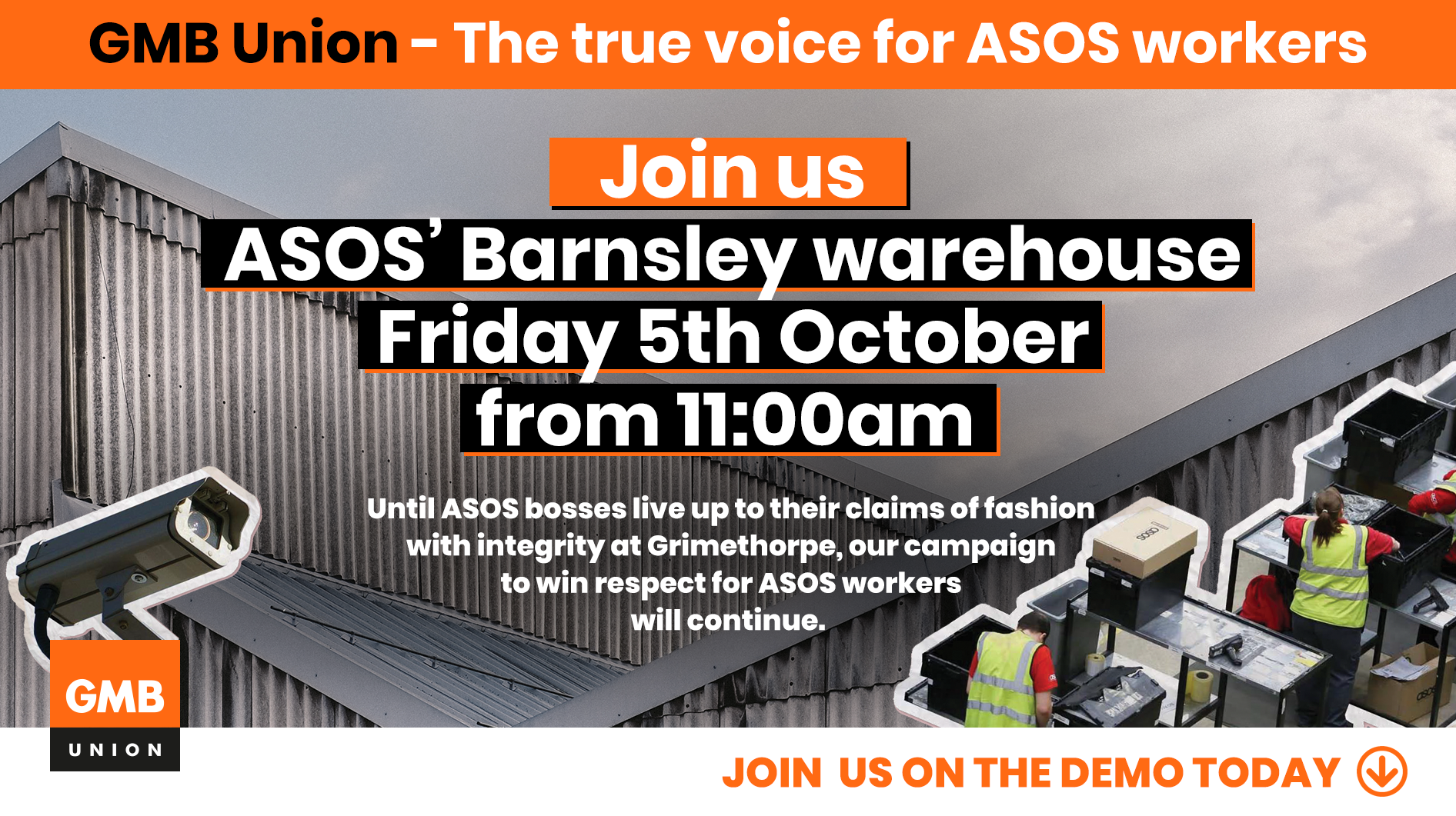 GMB, the union for ASOS workers, will step up campaigning activity outside the company’s Barnsley warehouse this Friday after the conclusion of a long-running complaint found in its favour.

The ASOS site, which is run and managed by logistics firm XPO has been the site of a long-running GMB campaign to win respect for the fast-fashion retailers’ workers.

The union will be in attendance at ASOS’ Barnsley warehouse on Friday 5 October from 11:00 am at Park Spring Road, Grimethorpe, Barnsley S72 7GX

The TUC Disputes Committee today/this week ruled that the Community Union had “clearly and significantly breached” principle 3 of the TUC’s code governing disputes, which prevents another union  directly or indirectly, undermining established unions or those engaged in organising activity [1].

Community, which had signed a deal with XPO logistics in 2017, shutting out GMB, the union the workforce had turned to years earlier – was also found to be in breach of principle 2 of the TUC's code.

The TUC Committee ordered Community to pay a fine of £24,532 direct to GMB after the ruling and ordered it to formally seek recognition for GMB at the Barnsley XPO Logistics site.

“GMB is the true voice for ASOS workers and be assured we’ll be stepping up our battle to win dignity and respect here in Barnsley.

“We’re firmly on the side of ASOS workers and we’ll continue to be a voice for them. These are our people, not machines and we will ensure they are treated properly.

“Workers at ASOS have been crying out for union representation of their choice, not of their bosses' -  and that’s what they’re getting with GMB every day.

“Until ASOS bosses live up to their claims of fashion with integrity at Grimethorpe, our campaign to win respect for ASOS workers will continue."