This is a critical time to take to the streets and insist the Government stops wrecking our NHS and invest in hard-working loyal staff. 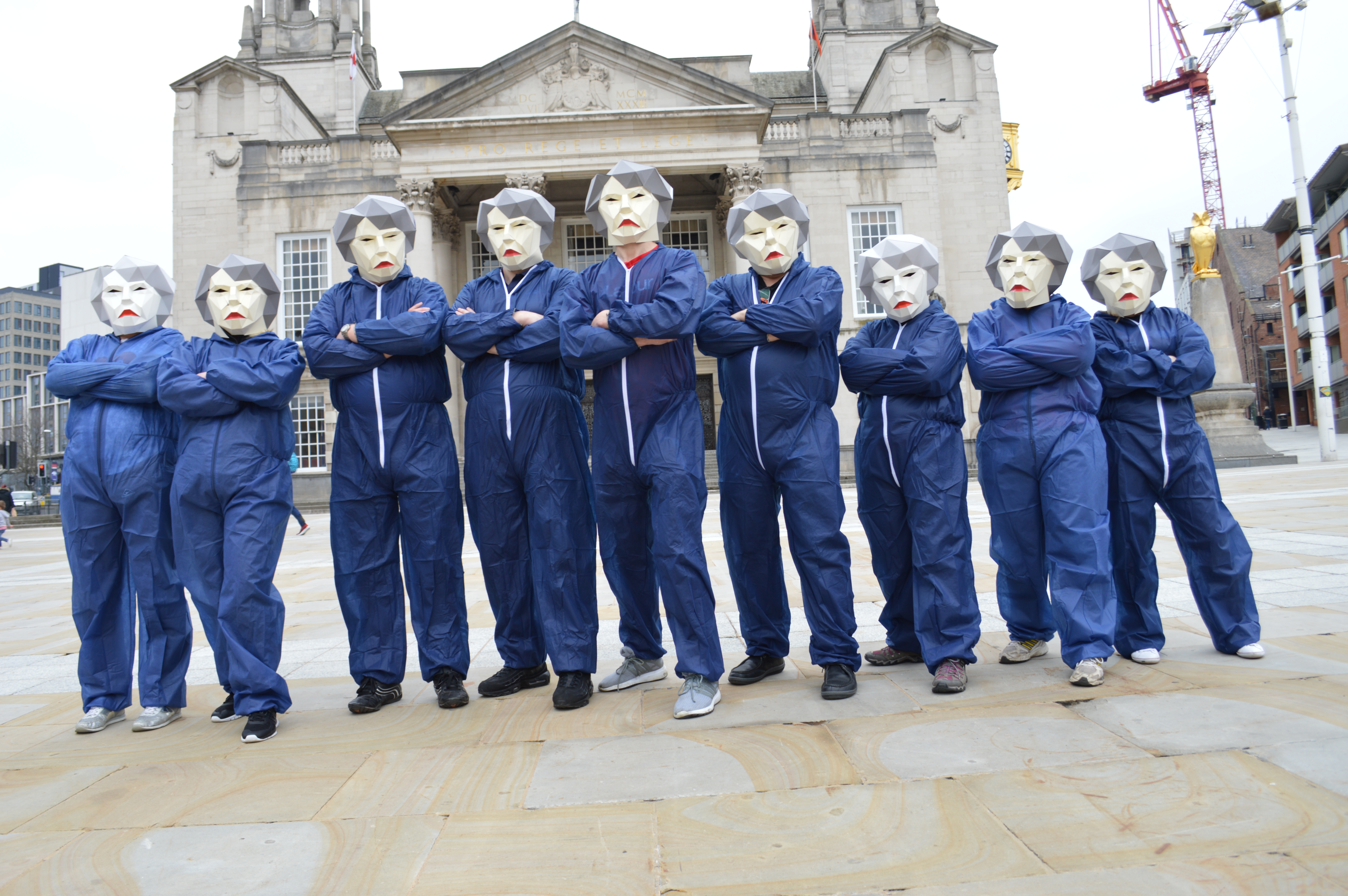 An uprising of ‘Maybots’ descended on Victoria Gardens in Leeds today as part of a mass rally against the destruction of the NHS.

The sinister Prime Ministerial mechanoids held up placards calling on the Government to stop tearing up the NHS, before setting off on a march around Leeds.

“Because of the deliberate underfunding of the NHS by Theresa May and Co, it crashed into the buffers as demand soured over the winter months.”

“Years of pay caps and almost 100,000 vacant posts have left staff demoralised and exhausted with many leaving the NHS altogether.” 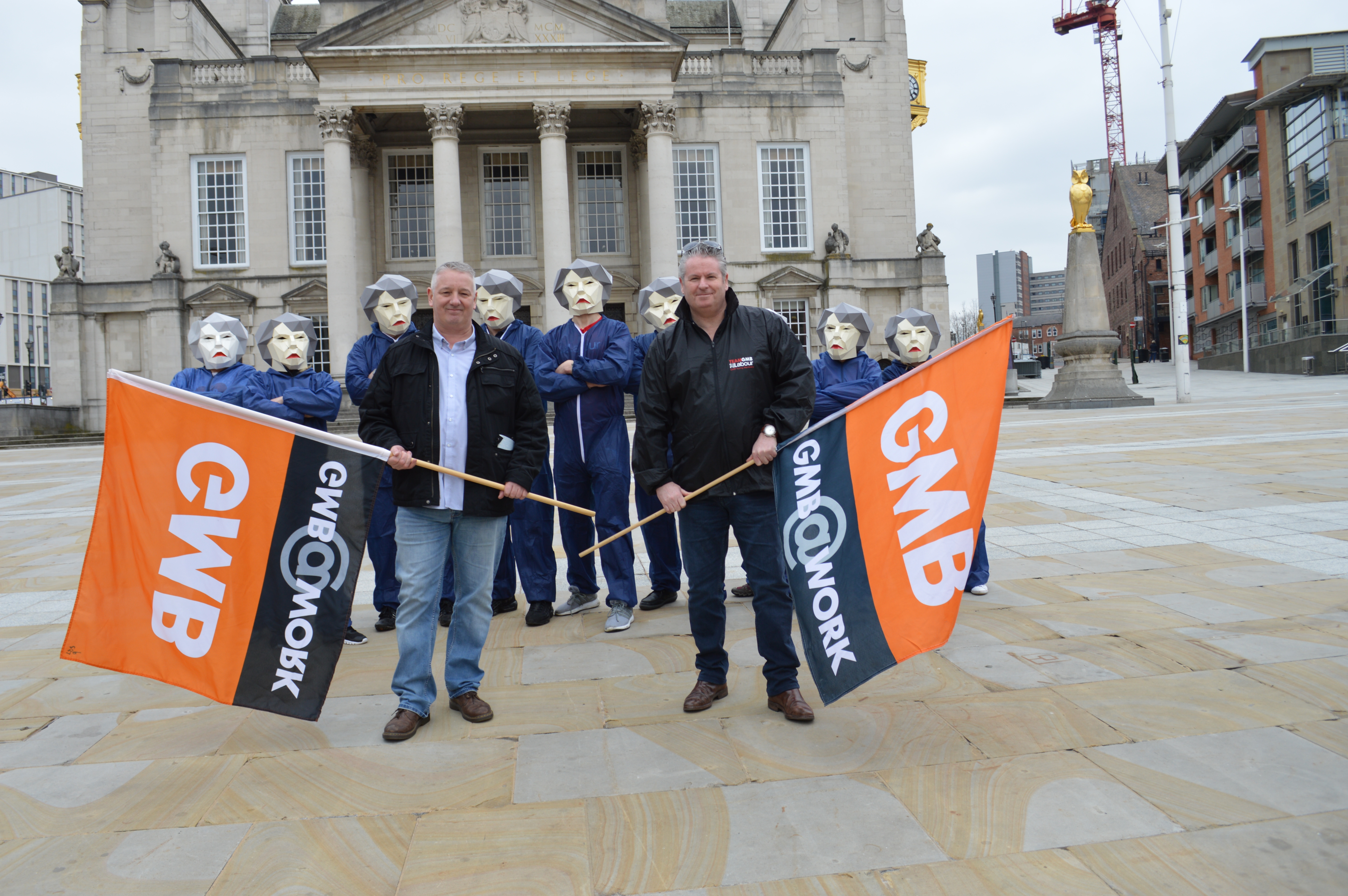 “NHS England is intent on breaking-up the NHS to outsource facilities and staff and serve them up on a plate to private companies whose only real interest is to make a profit from a cherished institute.”

“It’s up to us to force this spiteful, delusional and weak Government to get its act together.”