All meetings to be held virtually at present and at 6pm. Members will be required to register their attendance and allowed into the meeting once verified.

Register in advance for this meeting:

After registering, you will receive a confirmation email containing information about joining the meeting.

No meeting in May due to elections moved to June 7th (possibly face to face, venue etc to be decided on). 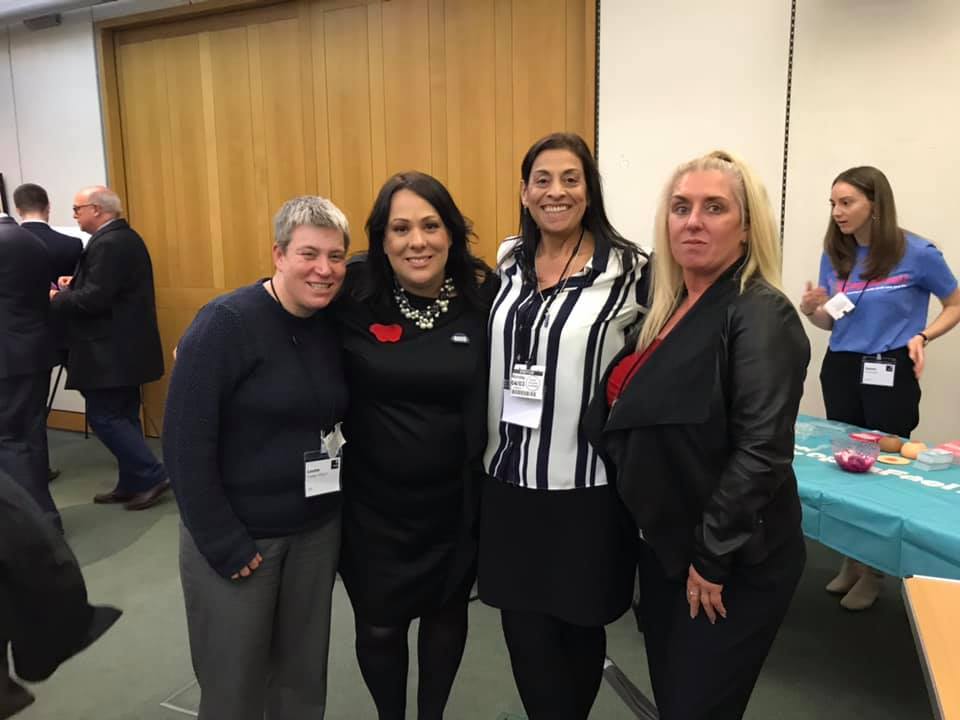 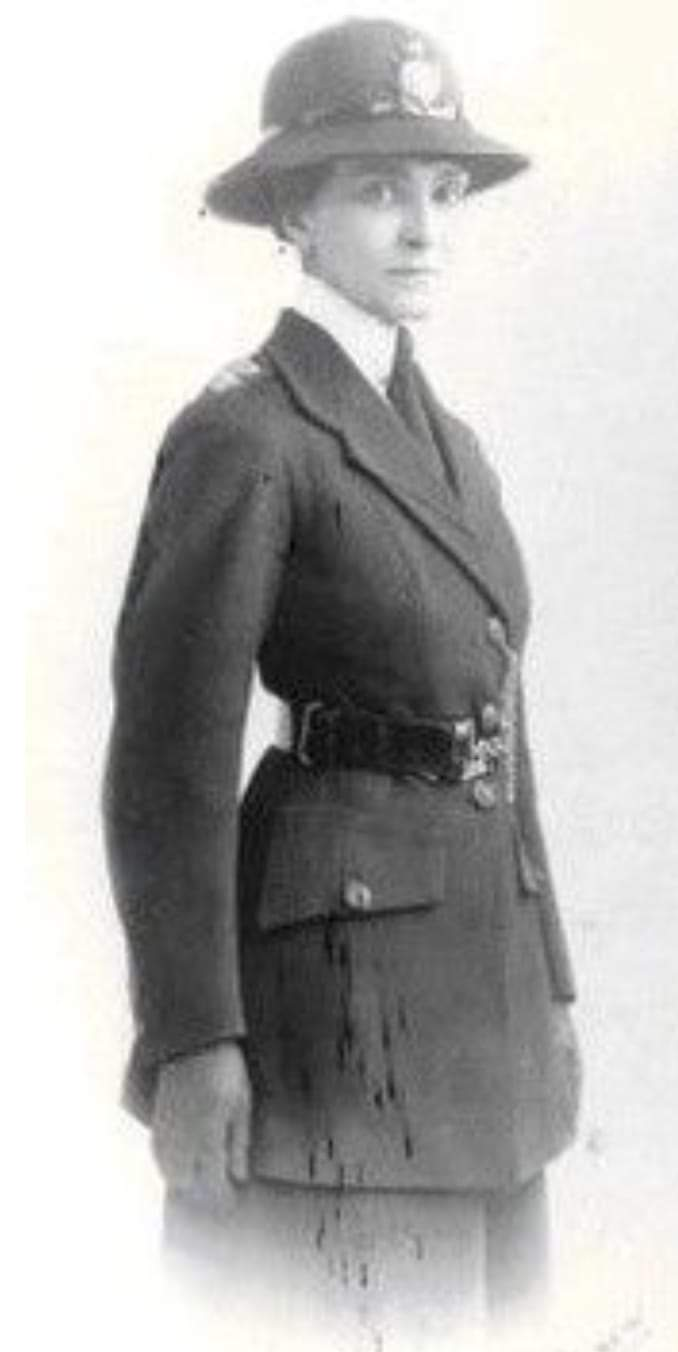 The first women patrols were inaugurated by the Metropolitan Police. 110 women were led by Superintendent Mrs Sofia Stanley. 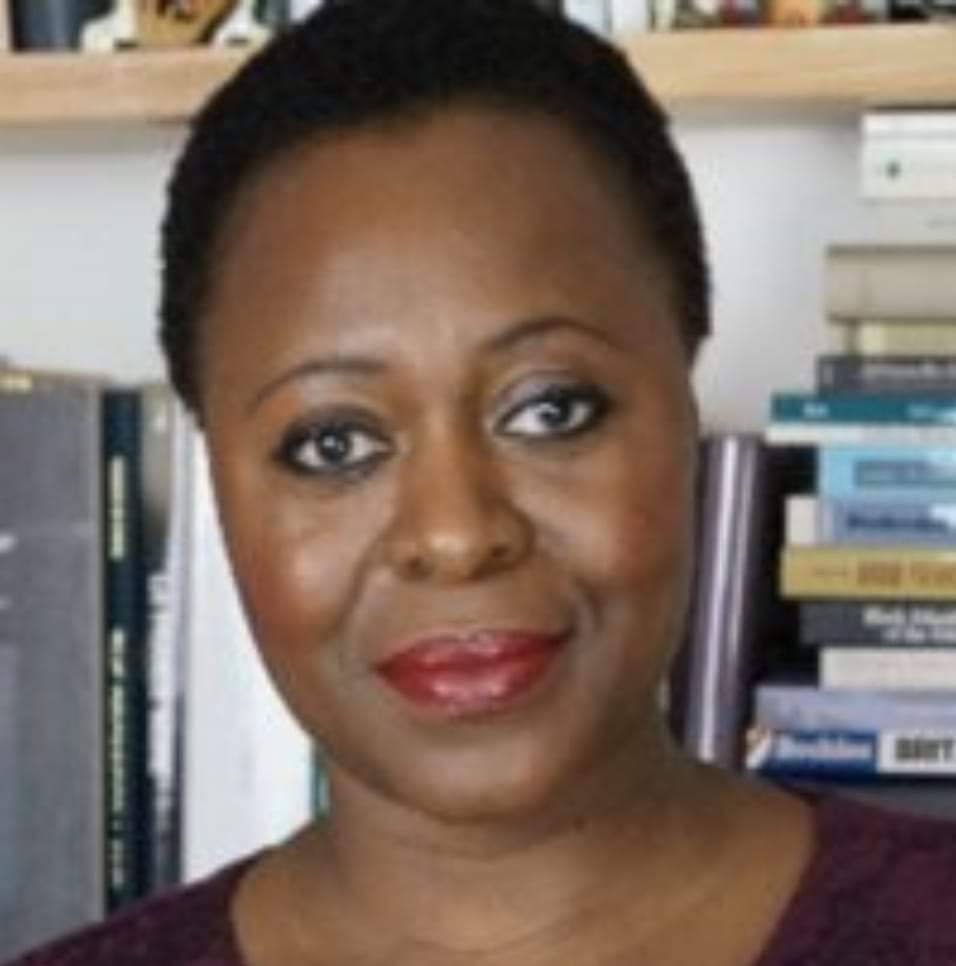 Olivette Otele, FRHistS (born 1970) is a French historian and academic. Her research focuses on the links between history, memory and geopolitics in relation to French and British colonial pasts. She is Professor of History at Bath Spa University. She is the first Black woman to be appointed to a Professorial Chair in History in the United Kingdom and is the author of Afro-Europeans: A Short History 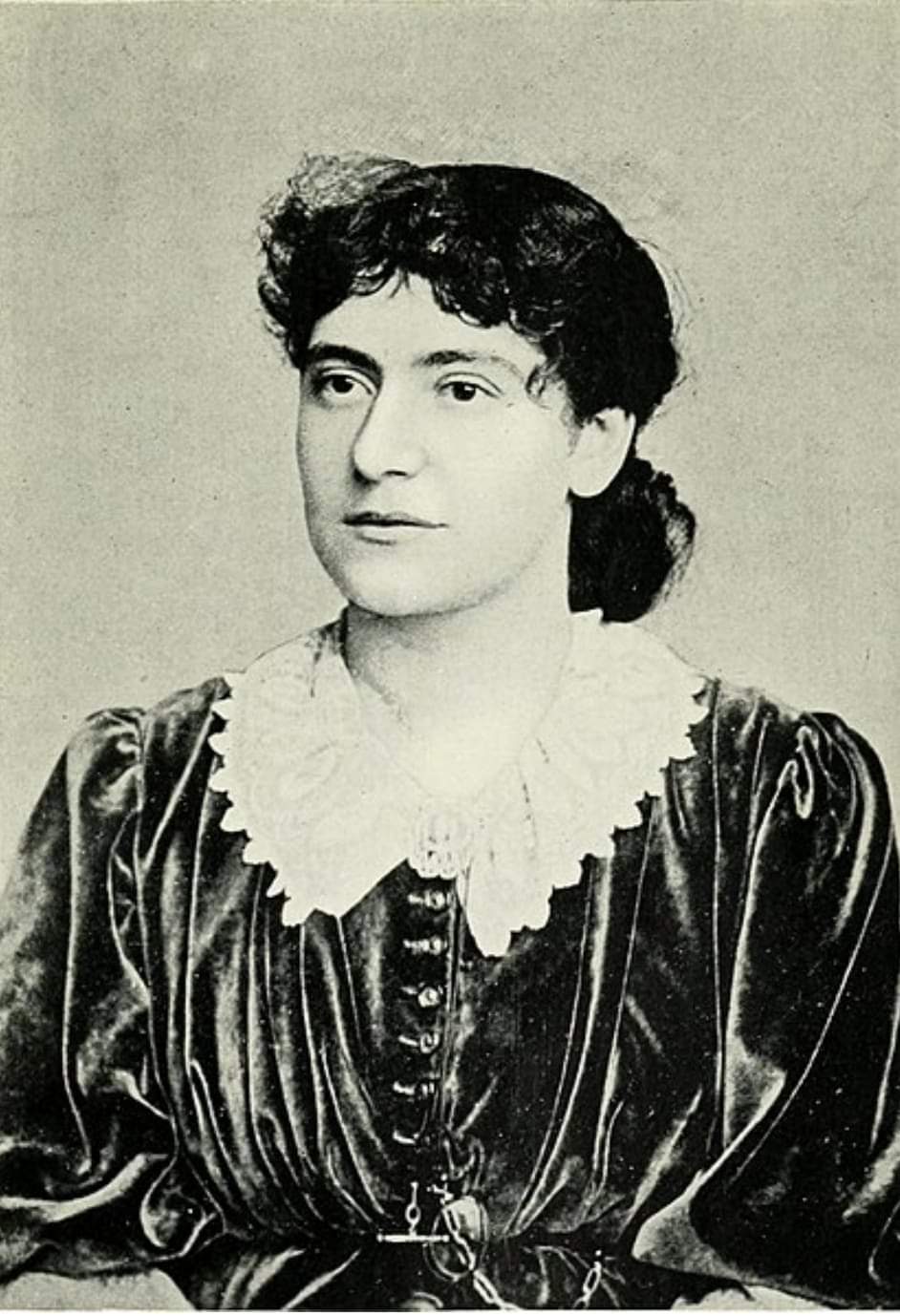 Eleanor Marx, third living daughter of Karl Marx and Jenny von Westphalen, was ‘‘dramatic to the depths of her being’’, willful and unusually brilliant. She yearned for love and freedom and wanted to be an actress, but instead devoted herself to another sort of vagabondage – political agitation.
An excellent linguist, she earned her living as a translator, lecturer and writer, and worked tirelessly for ‘‘the cause’’ of socialism among the late nineteenth century new lifers, anarchists, radicals and feminists of London’s socialist sects and the Second International.
Eleanor’s worked with the unemployed, unskilled and Jews of London’s East End, and the British labour movement at the end of the nineteenth century.
Eleanor was most involved with the Gasworkers' Union. In 1879, Will Thorne could only write his name. Ten years later he was the general secretary of that union. Eleanor helped him improve his reading and writing to cope with all the union paperwork.

She also helped draw up the formal rules of the Gasworkers' Union and the first half-yearly report and balance sheet for 30,000 members. She formed the first women's branch of the union whilst being involved in the three-month strike in Silvertown. 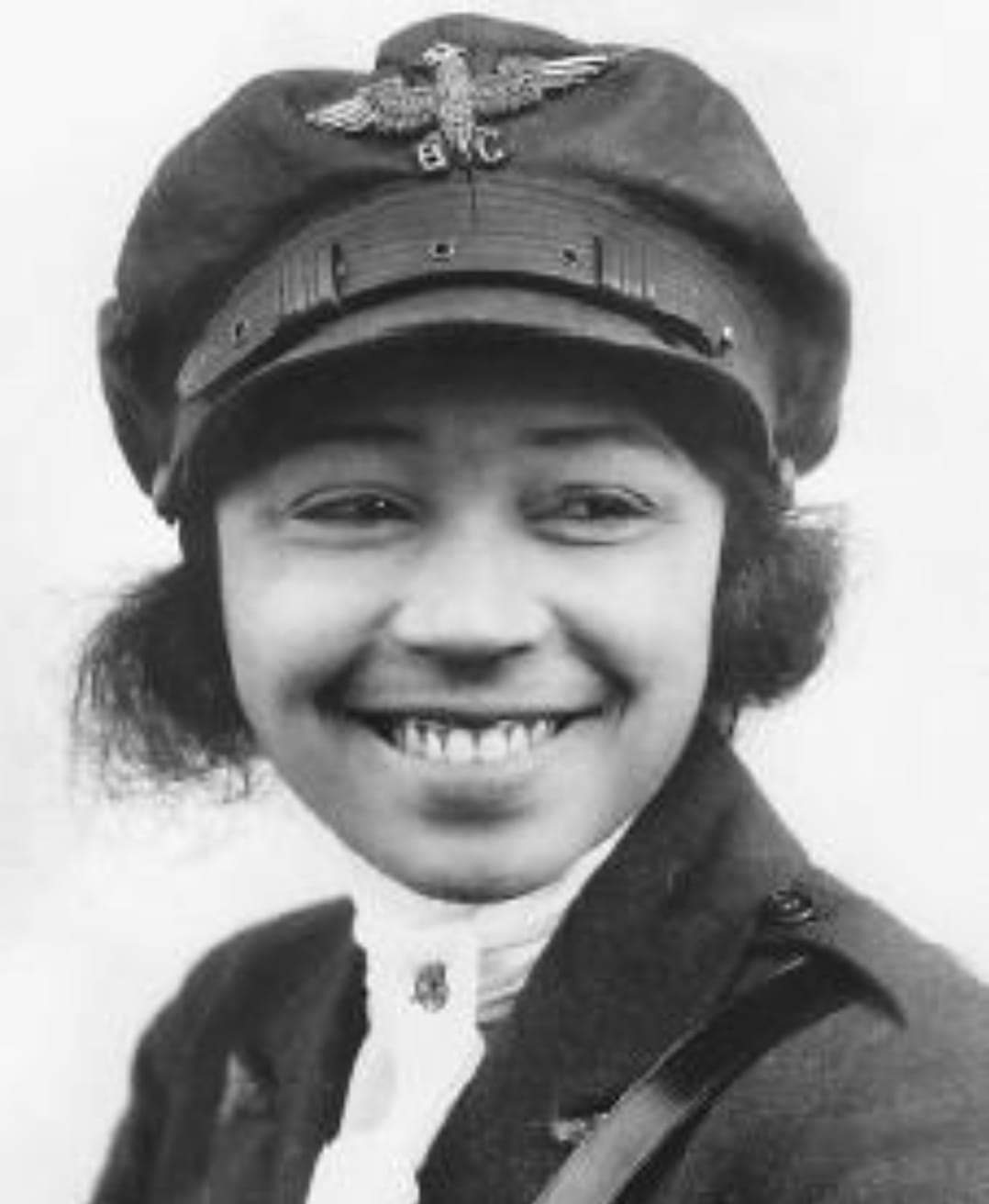 Bessie Coleman was prevented from holding a pilot’s licence in the US due to the fact that she was both black and a woman, Coleman moved to France and became the first woman of African-American and Native American descent to earn an aviation pilot’s licence.

Sometimes, thinking outside the box and bending the rules is the best way to achieve your dreams. 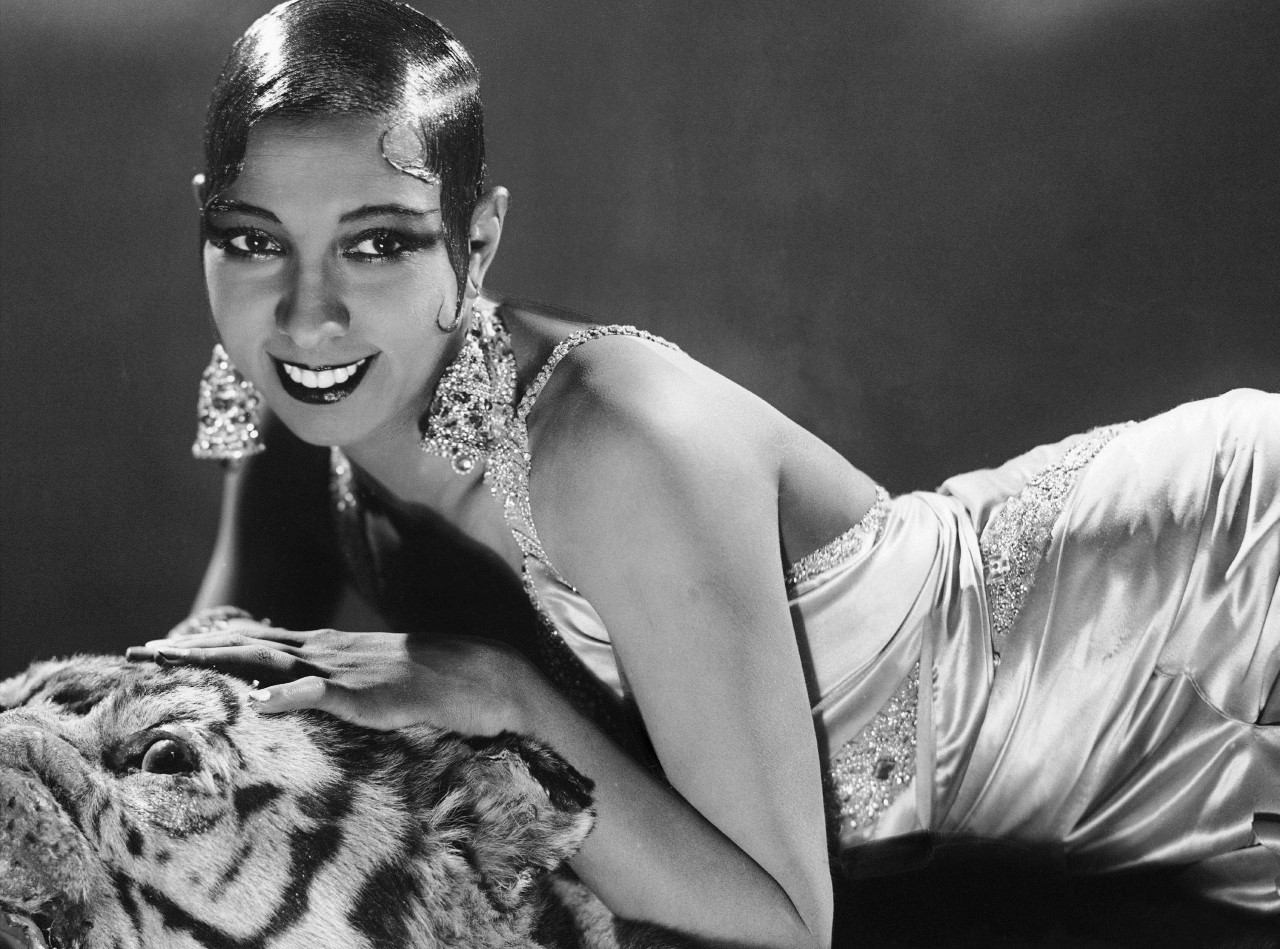 Josephine Baker was a well-known entertainer of the Jazz Age and identified as bisexual. She was one of the most successful African-American performers in French history and used her platform as an entertainer to advocate for desegregation, refusing to perform in segregated venues and even speaking at the 1963 March on Washington. Baker also served as a spy for the French during World War II, passing along secrets she heard while performing for German soldiers. 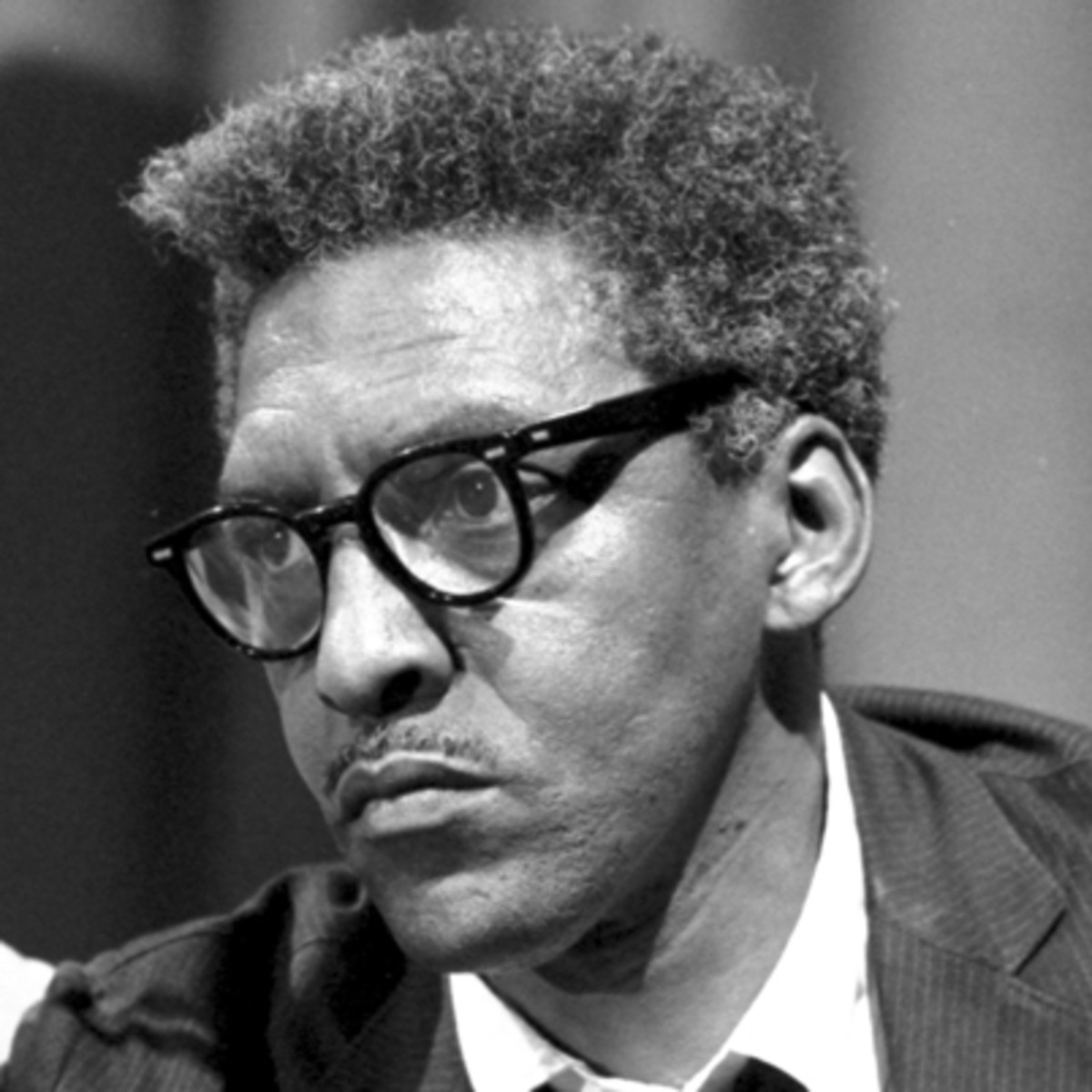 Bayard Rustin was a close advisor to Martin Luther King, and an openly gay activist.

He was a key organiser of the 1963 March on Washington for Jobs and Freedom, where Martin Luther King gave his historic ‘I have a dream’ speech.

Walter Naegle, Rustin’s partner for the last decade of his life, has said that he was “someone who was working to expand our democratic freedoms and increase our civil liberties and our individual freedoms”.

In 1948, Rustin served time in prison for refusing to go to war. His prison records describe him as an “admitted homosexual” – one reason, perhaps, why Rustin hasn’t received the same recognition as others in the civil rights movement. 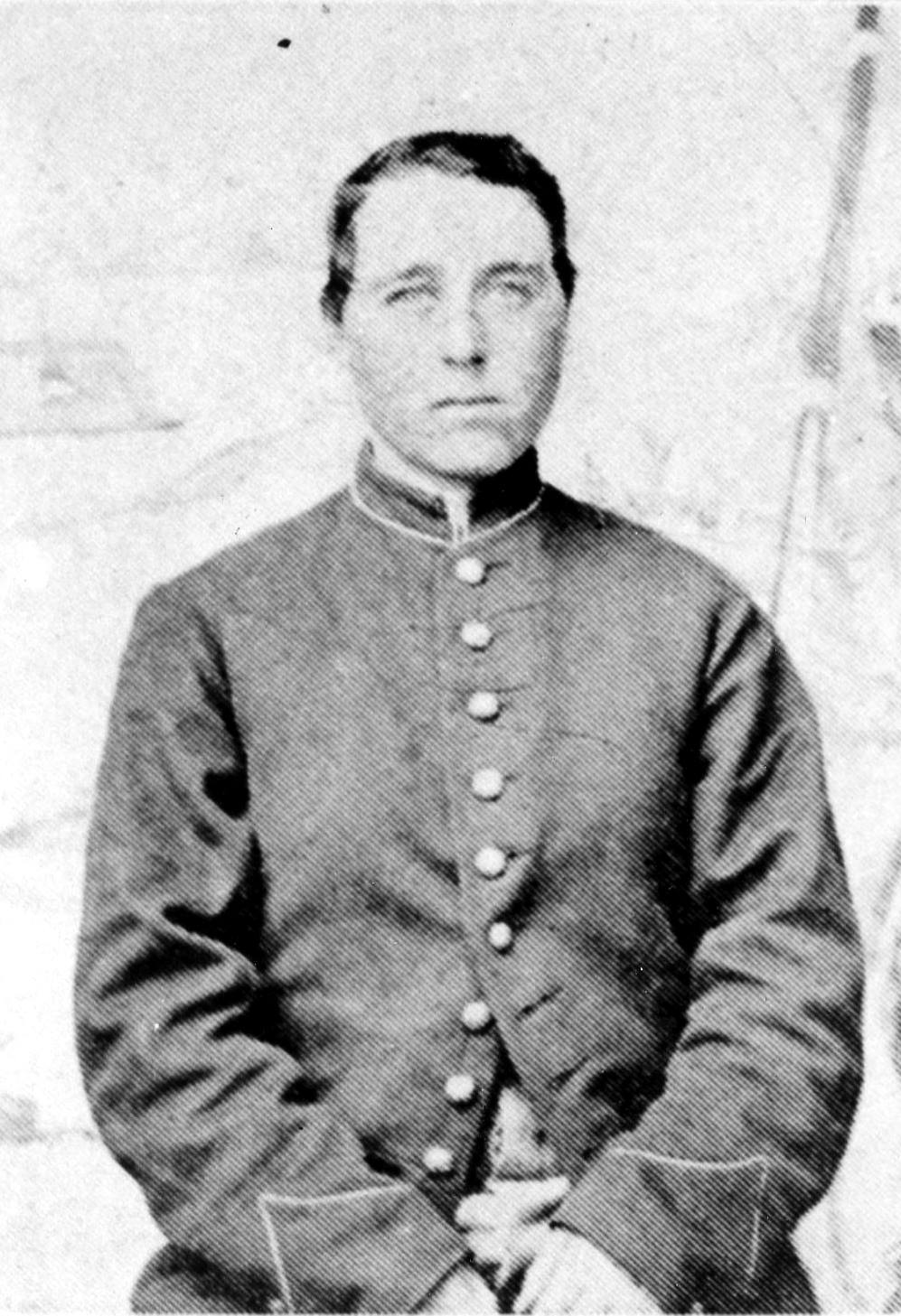 Albert Cashier, who was born 176 years ago today, was an Irish-born transgender man who served in the Union Army’s 95th Illinois Infantry during the US Civil War.

While the details of his early life remain somewhat sketchy, Cashier was living in Belvidere, Illinois when he enlisted in the Union Army in September 1862. As part of the Army of the Tennessee under General Ulysses S. Grant, Cashier and his regiment fought in over forty engagements. Cashier was well-liked, though he earned a reputation as a sometimes-reckless soldier; one tale has him climbing a tree in the middle of a battle, dodging bullets in order to raise the Union Flag.

After the war, Cashier settled in Saunemin, a small Illinois town where he lived for over forty years, working as a church janitor, cemetery worker, and lamplighter; by all accounts, Cashier was well-regarded in the community and, while some knew he was trans, none broke his trust.

In November 1910, Cashier suffered a broken leg after being hit by a car. While the attending physician knew of Cashier’s identity, he kept Cashier’s confidence, sending the patient to the Sailors and Soldiers Home in Quincy to recover. There, Cashier lived among other veterans until March 1913, when the onset of dementia required a transfer to a state mental hospital.

Once admitted to the state hospital, and for the first time in his adult life, Cashier was forced to wear traditionally-female attire. When the local and national press learned of Cashier’s story, the US government tried to deny him his veteran’s pension, though a number of his comrades from the 95th Infantry stepped in and the pension continued.

In October 1915, Cashier tripped on the hem of a dress he was wearing; he fell, shattering his hip. He never recovered. 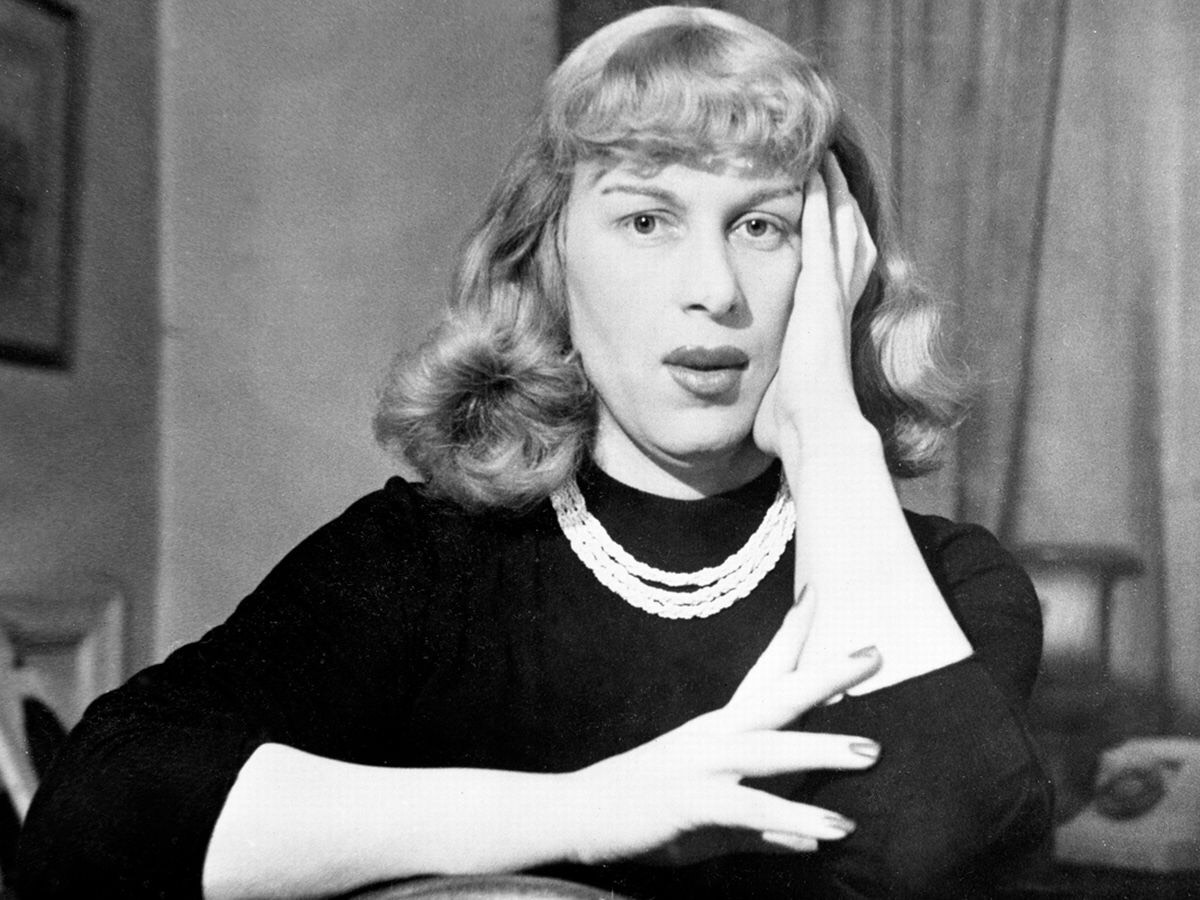 Cowell was a racing driver and World War II fighter pilot. She was born in Croydon and studied engineering at University College London (UCL). She underwent a secret procedure in order to get a certificate stating that she was intersex. This enabled her to undergo surgery and get a new birth certificate.

In later life, she claimed that being intersex was what ‘justified’ her transition and focused specifically on chromosomes and genetics, an approach which was very much 'of its time' compared to the modern-day discourse around trans and gender identities. 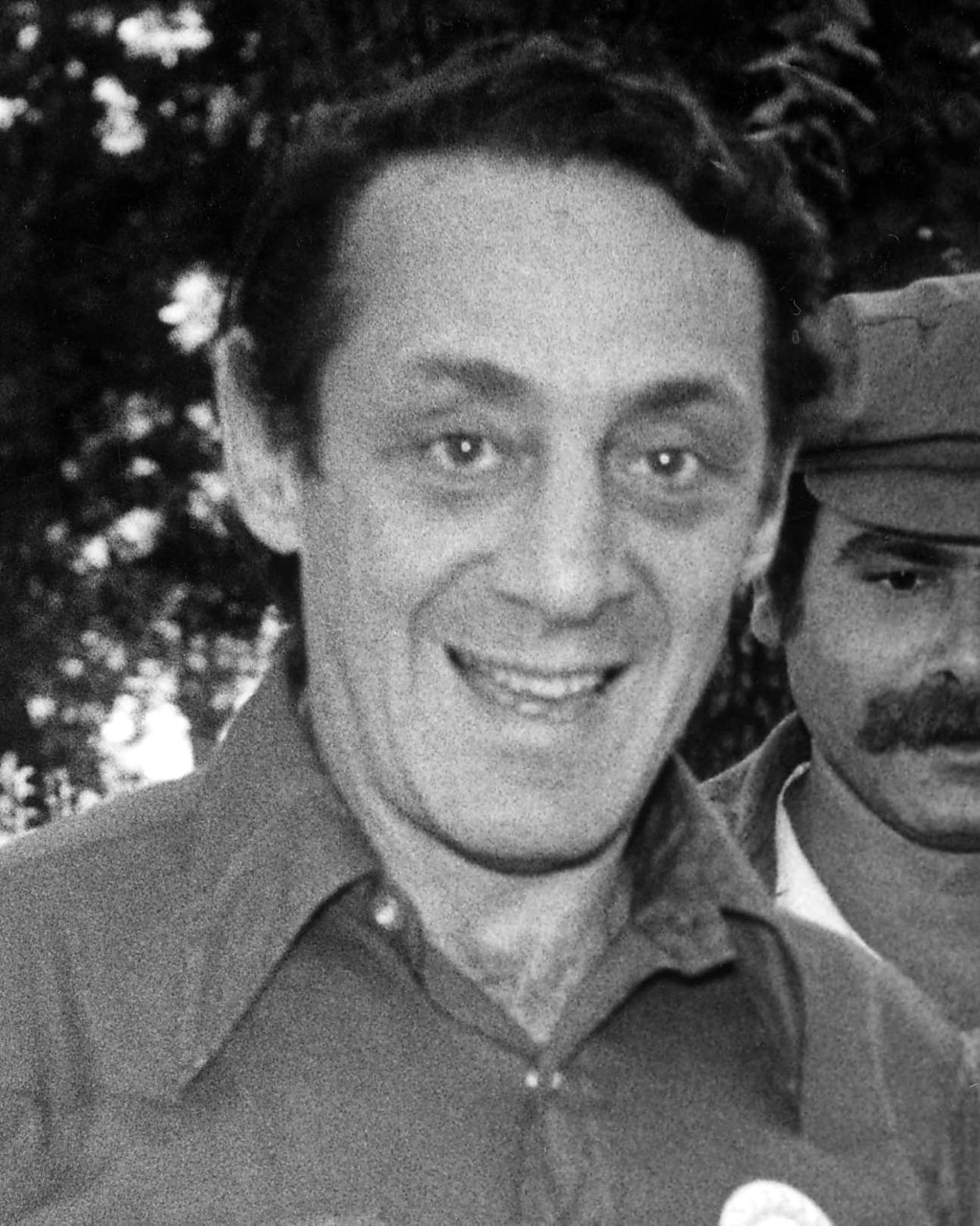 Harvey Milk was a visionary civil and human rights leader who became one of the first openly gay elected officials in the United States when he won a seat on the San Francisco Board of Supervisors in 1977. 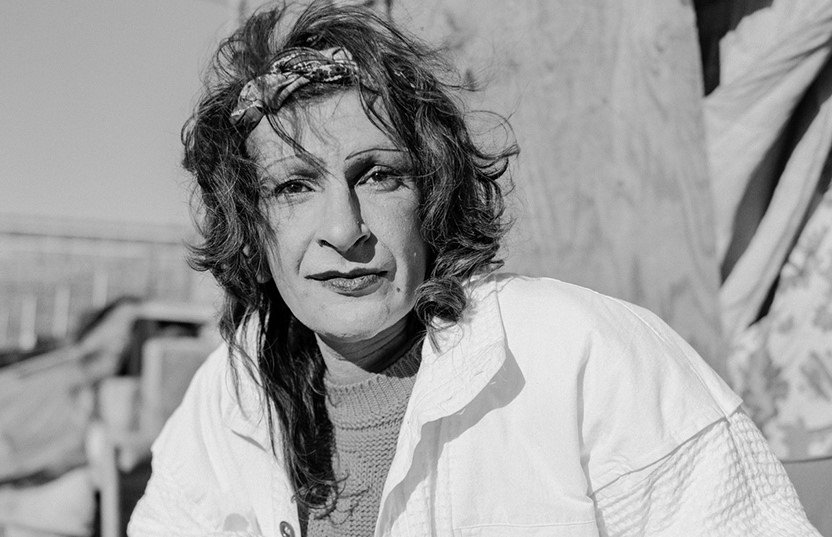 Sylvia Rivera was a Latina, self-identified drag queen who fought tirelessly for transgender rights, as well as for the rights of gender-nonconforming people. After the Stonewall riots, where she was said to have thrown the first brick, Rivera started S.T.A.R. (Street Transvestite Action Revolutionaries), a group focused on providing shelter and support to gay, homeless youth, with Marsha P. Johnson. She also fought against the exclusion of transgender people in New York’s Sexual Orientation Non-Discrimination Act. She was an activist even on her deathbed, meeting with the Empire State Pride Agenda about trans inclusion. 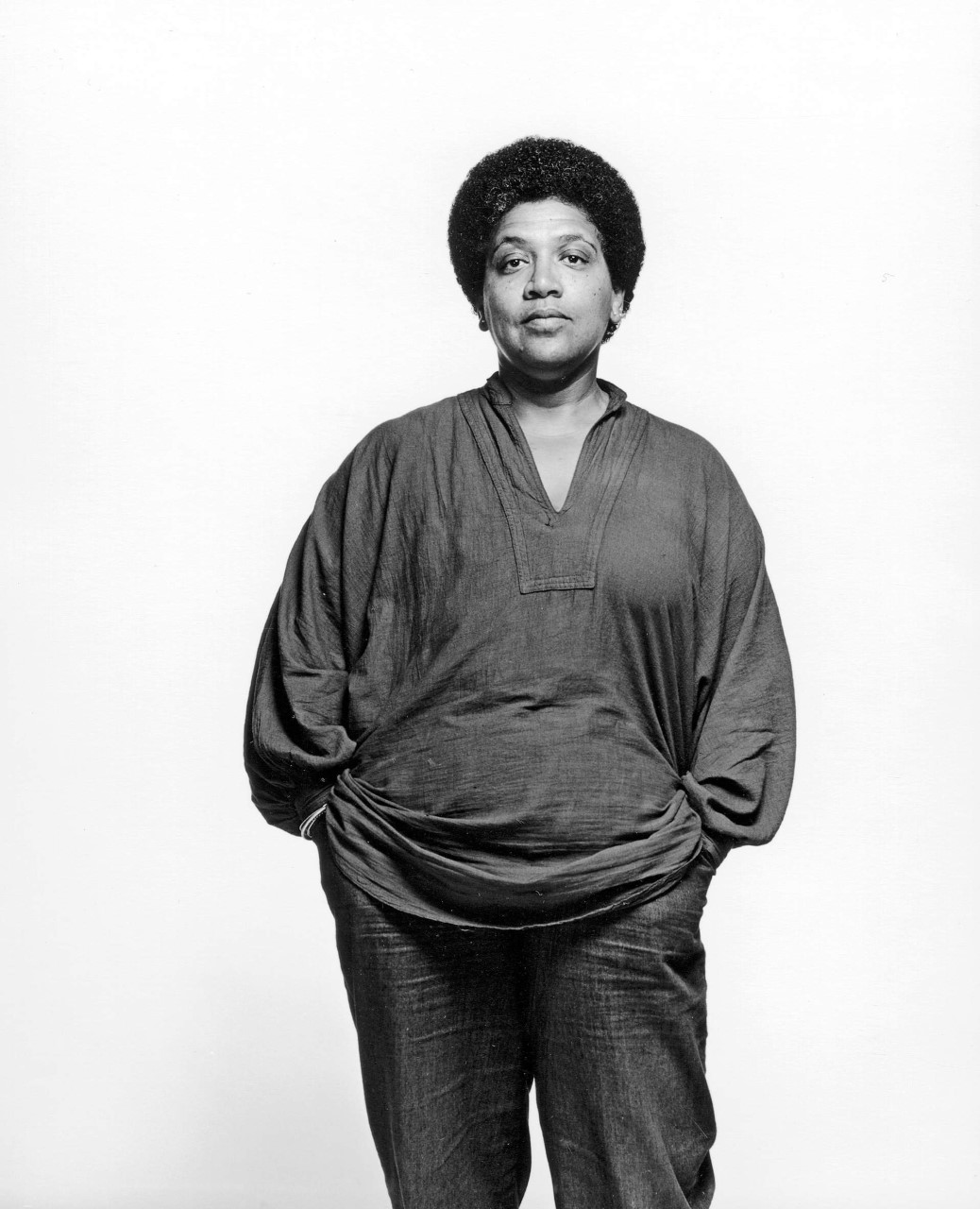 Audre Geraldine Lorde was born on February 18, 1934, in New York City, and went on to become a leading African-American poet and essayist who gave voice to issues of race, gender and sexuality. Lorde's love of poetry started at a young age, and she began writing as a teenager. 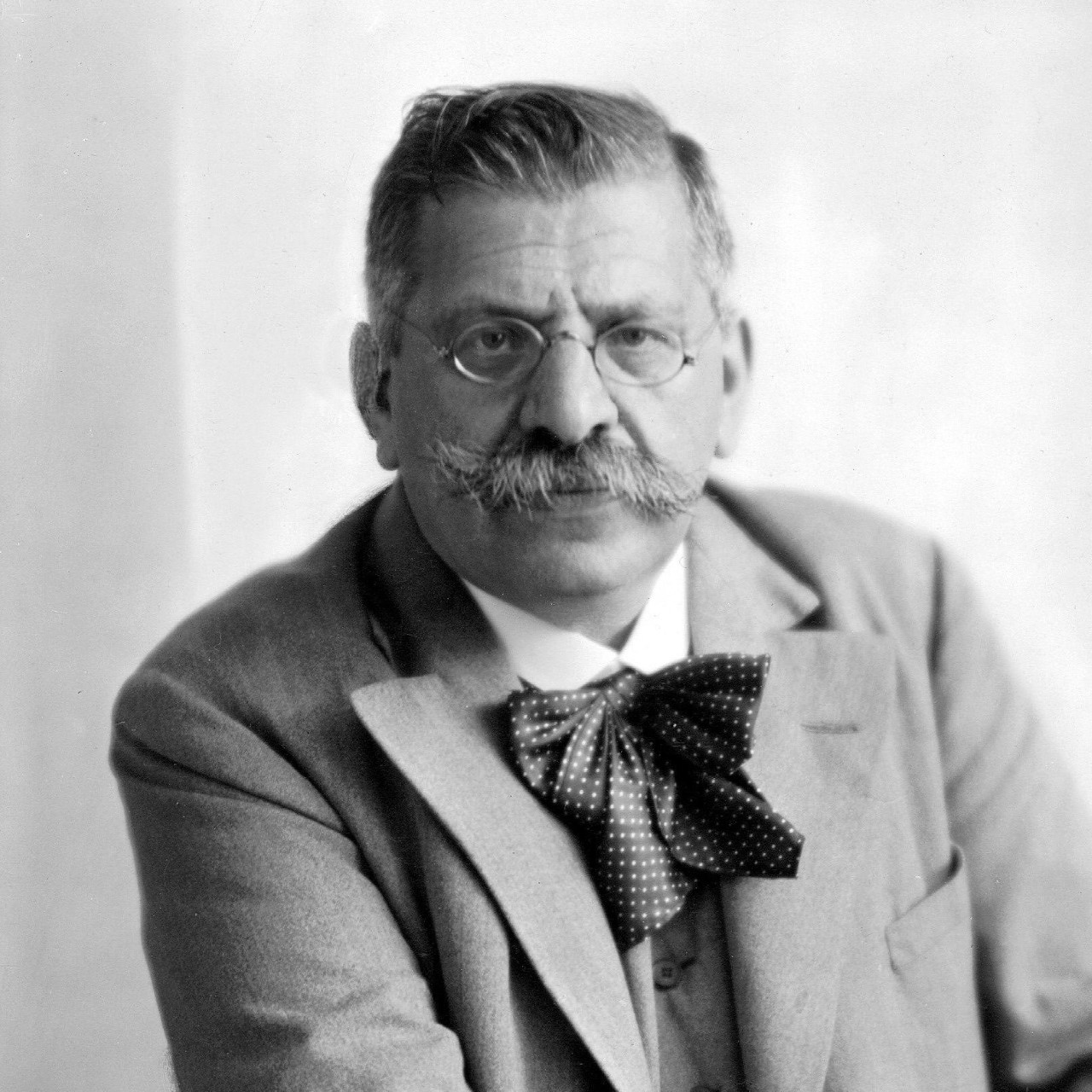 Hirschfeld is believed to have coined the term ‘transvestitism’.

He established the world’s first gender identity clinic, whose clients included Einar Wegener (the protagonist of 2015’s The Danish Girl, who transitioned to become Lili Elbe - one of the first people to undergo gender reassignment surgery).

Hirschfeld began researching sexuality after moving to Berlin in 1896, where he lived as an openly gay man, and campaigned for gay rights.

He was once described by Hitler as “the most dangerous Jew in Germany”, and the entire library of his Institute for Sexual Science was burned by the Nazis. 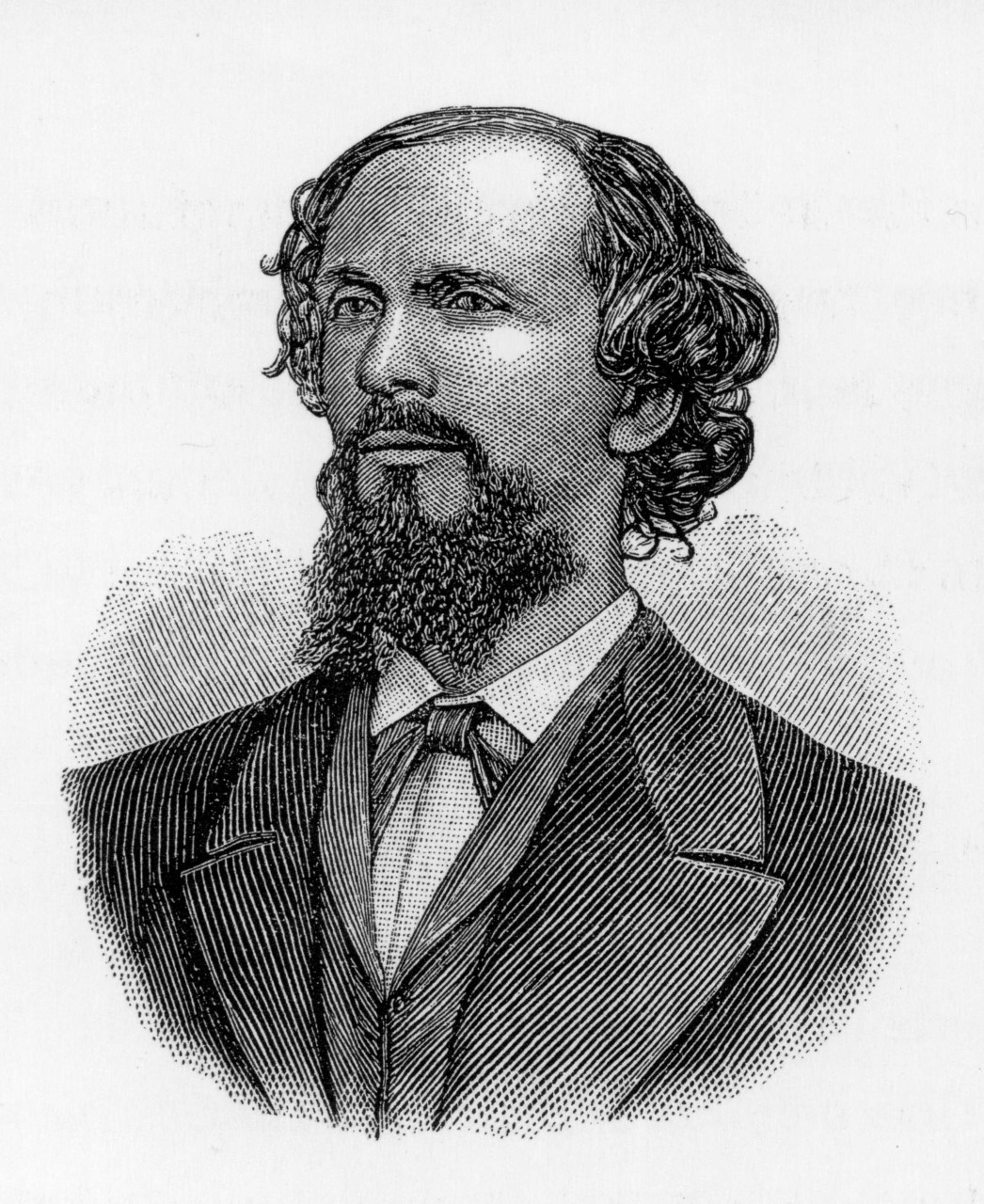 Karl Heinrich Ulrichs was a civil servant in Germany until he was forced to resign in 1854 on account of his homosexuality.

He became an activist and published 12 volumes of work about sexuality, including what’s believed to be the first theory about homosexuality. He argued that it is an ‘inborn condition’ not a learned corruption - as was the prevailing wisdom at the time.

Ulrichs is thought to have been the first gay person to publicly speak out for homosexual rights. In 1867, he urged the German government to repeal anti-homosexuality laws, which firmly established himself as the pioneer of the gay rights movement. 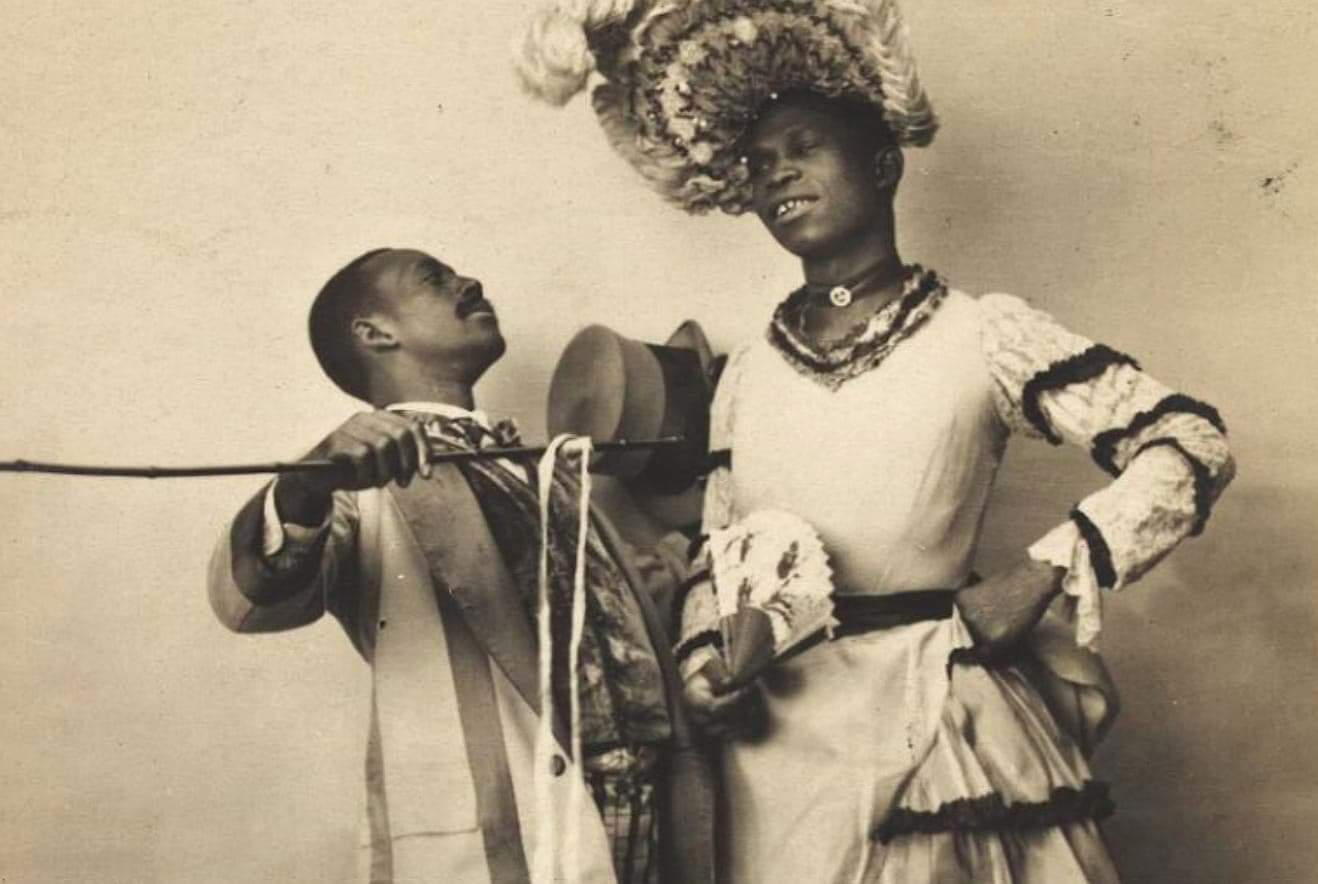 First drag queen, William Dorsey Swann was born into slavery in Maryland 1858. Swann fought for gay rights nearly a century before Stonewall Swann endured slavery, racism, torture while in jail, and witnessed the Civil War. In the 1880s, Swann became 'the first known person to dub himself a "queen of drag" - or more familiarly, a drag queen.'

There were other firsts for Swann, who was known as 'the Queen' to his friends.  One came in 1896 when he was sentenced to 10 months in jail for 'keeping a disorderly house' but demanded to be pardoned by President Grover Cleveland.  His demand was denied but he became the earliest recorded American to take legal action to defend the queen community. 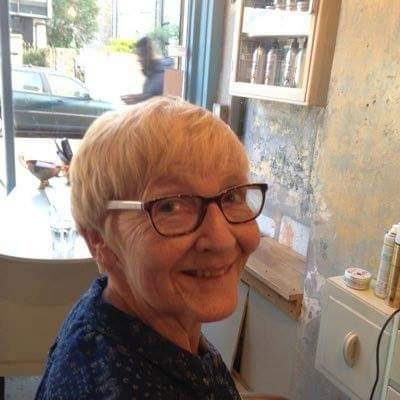 Kath (Katherine) Gillespie Sells is a psychotherapist, and writer, who has campaigned for the fights of disabled people. In 1990 she founded Regard, the national organisation for disabled LGBT people.
She was nominated as a Stonewall Hero of the Year in 2010. 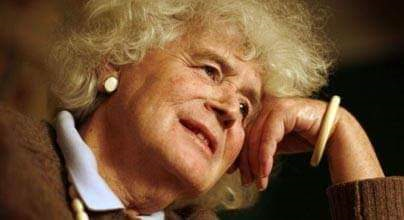 A trans woman, she was published under her birth name, James, until 1972, when she had sex reassignment after transitioning from living as male to living as female.

Jan Morris began a sex change in 1964. In 1972, Jan travelled to Morocco to undergo sex reassignment surgery, performed by surgeon Georges Burou, because doctors in Britain refused to allow the procedure unless Jan and her then wife, divorced, something she was not prepared to do at the time.

They divorced later, but remained together and on 14 May 2008 were legally reunited when they formally entered into a civil partnership. #lgbthistorymonth 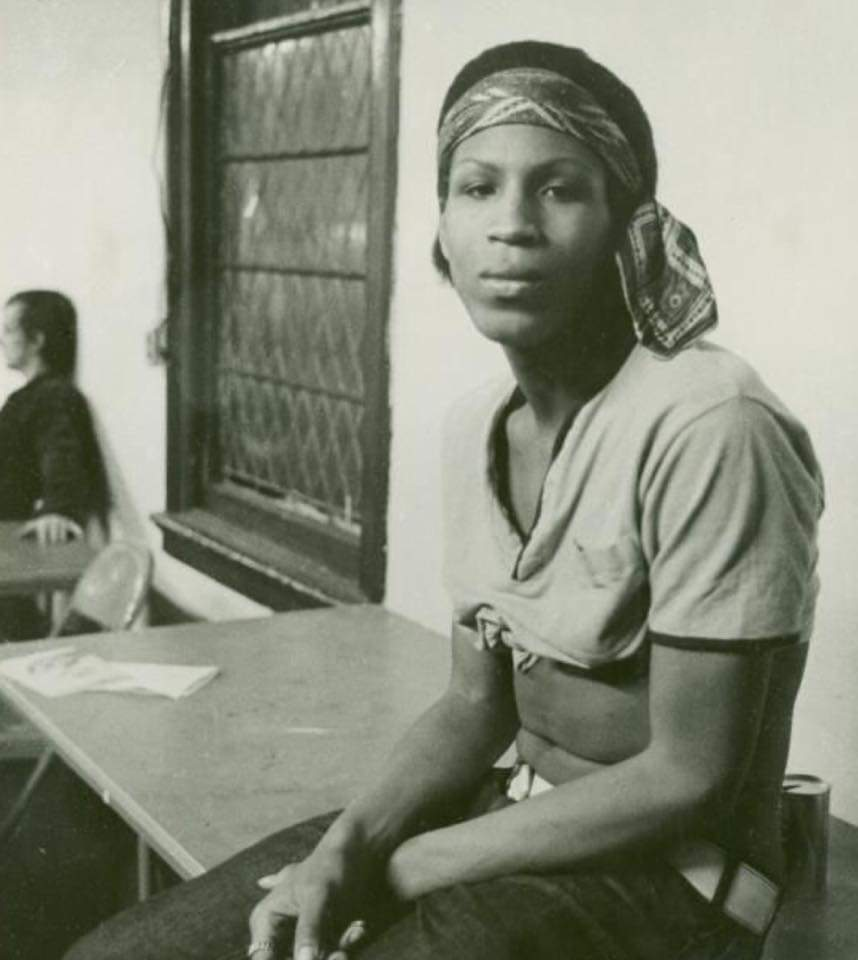 Marsha P. Johnson (August 24, 1945 – July 6, 1992) was an American gay liberation activist and self-identified drag queen. Known as an outspoken advocate for gay rights, Johnson was one of the prominent figures in the Stonewall uprising of 1969.

A founding member of the Gay Liberation Front, Johnson co-founded the gay and transvestite advocacy organization S.T.A.R. (Street Transvestite Action Revolutionaries), alongside close friend Sylvia River. A popular figure in New York City's gay and art scene, Johnson modelled for Andy Warhol, and performed onstage with the drag performance troupe, Hot Peaches. Known for decades as a welcoming presence in the streets of Greenwich Village, Johnson was known as the "mayor of Christopher Street".

From 1987 through 1992, Johnson was an AIDS activist with ACT UP. #lgbthistorymonth

Cindy Gavin, branch secretary and Regional Officer, Neil Cole at Leeds City College Quarry Hill Campus raising awareness of unions to our younger generation. Education is key for our future workers, knowing their rights and what safe and fair working practices should look like. 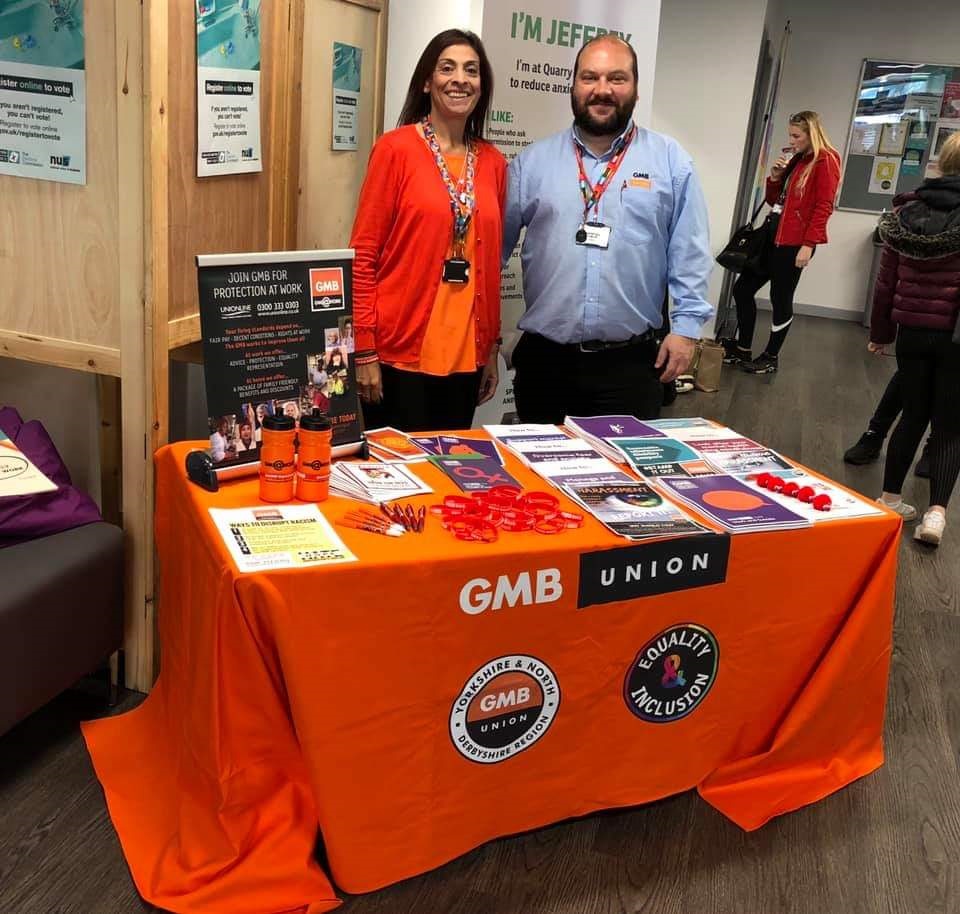 Below is our new branch banner which had its first outing at the May Day March in Leeds. 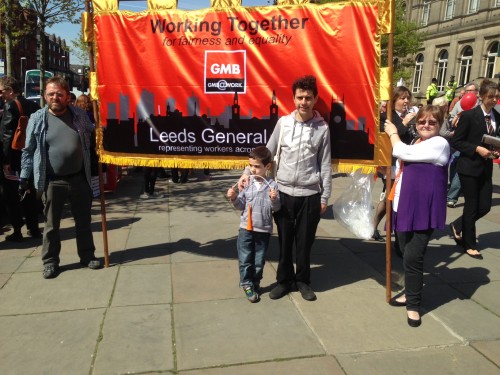 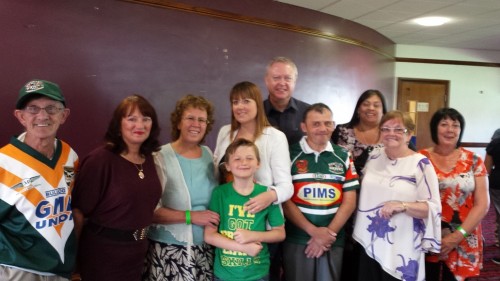 Branch event to support Hunslet Hawks rugby team to help raise money for the club. They played at home to South Wales and Won 74-0.