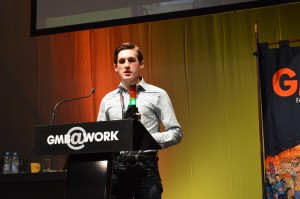 Lewis Dagnall from Sheffield S38 Branch moving Motion 153 - This Conference calls for a new Clause 4 of the Labour Party Constitution, with the following explicit commitments:

1. A National Health Service, free at the point of use, based on need not ability to pay

2. A fair and equitable system of tax

3. A fairer distribution of the nation’s wealth

4. An education system giving the chance of lifelong learning to all

5. An economy which benefits all not the few, with public ownership of utilities, rail transport and other industries of strategic importance

6. A path from cradle to grave, build on the foundations of the above, giving every citizen the chance to achieve their aspirations and allowing them to live with dignity, without fear of poverty 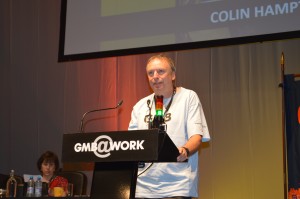 Motion 134: SUPPORT FOR THE CENTRE FOR LABOUR AND SOCIAL STUDIES 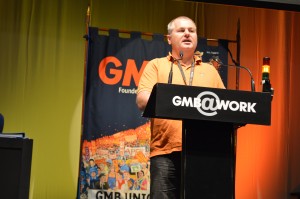 Nigel Townend from BASF Branch moving Motion 134 which called on Conference to fully endorses the GMB’s support for the Centre for Labour and Social Studies (CLASS).

This think tank is a perfect mix of the heart and intellect of the Labour Movement, comprising of academics and, trade union and community activists.  This means its publications are accessible and can easily be understood by all.  However, the budget of CLASS is limited and, unlike other more right wing think tanks, does not automatically have the ears of the press. 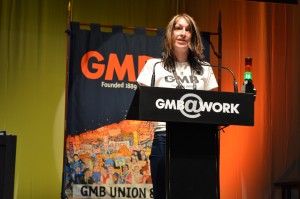 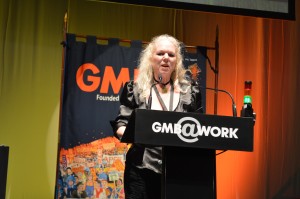 2. The Joseph Rowntree Foundation’s study (December 2013) could not find any families where three generations had never worked, contrary to the government’s propaganda. If they exist, they account for a minuscule fraction of workless people. Under 1% of workless households might have two generations who have never worked – about 15,000 households in the UK. The long-term worklessness of parents was a result of complex problems (particularly related to ill-health) associated with living in long-term and deep poverty. In an already tight labour market, multiple problems combined to place people at the back of a long queue for jobs.

3. For 2011-12 it is estimated that 0.8%, or £1.2bn, of total benefit expenditure was overpaid as a result of fraud. This is far lower than the figures widely believed by the public. A TUC poll recently revealed that people believe 27% of the welfare budget is claimed fraudulently.

4. More than 80% of claimants find work within six months. For disability benefits, there are more long-term claimants.

10. That the government and its allies in the right wing press (such as the Sun and Daily Mail) are scapegoating people claiming benefits. This is an ideologically driven assault using austerity and the deficit as a smoke screen to dismantle state provision of welfare.

11. Any increase in worklessness is the result of high adult unemployment because of a lack of decent jobs.

12. The cuts are not fair. They have been targeted against the very people a decent society would protect. The protection of the sick, disabled and most vulnerable is fundamental to a decent civilized society.

13. To campaign against the government’s current methods of assessing disability as being unfair and failing to properly assess a person’s impairment or their needs.

14. To call for a halt to the current program of cuts.

15. To call for the repeal of the Welfare Reform Act.

16. To call for an independent assessment of the cumulative impact of the cuts on disabled people and other vulnerable groups.

17. To call for the development of a fairer welfare system built on a recognition of the equal worth of all human beings and the guarantee of human rights for all. 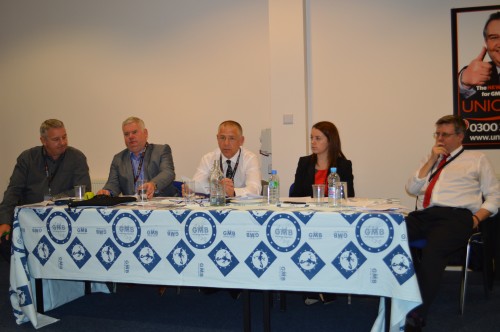 The GMB & Class Fringe event was organised by the Yorkshire & North Derbyshire region, chaired by President Andy Irving and Regional Secretary Tim Roache as guest speaker.  The focus of the event was ‘How Unions Can Make Work Pay’ and looked at a campaign for an 8 hour day and £10 an hour GMB Living Wage. 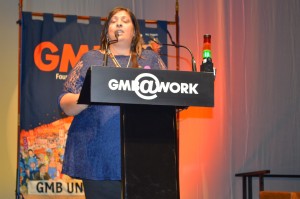 1. Tory members of the government including David Cameron have talked about reducing social security and benefits for young people between the ages of 16-25 year olds.

2. Where poverty rates and homelessness is rising that implementing policies of this nature would be further detriment to our young people.

3. Young people already leave school with less hope of finding a job than before. To do so without support would further increase crimes rates and higher mental health issues in our young people.

4. Young people should be guaranteed training or work at the proper rate of pay. To simply stop benefits and not put in support measures would be a catastrophe.

5. To call for 16-25 year olds to have equal access to all benefits and services as the rest of the population.

6. To call for guaranteed jobs with equal pay.

7. A government run and regulated apprentice scheme, to ensure it is not abused by employers to subsidise the wage bill or to complete work that would have been done by full time permanent employees. 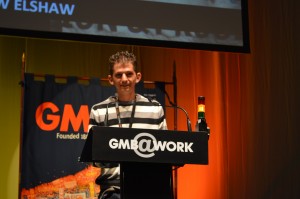 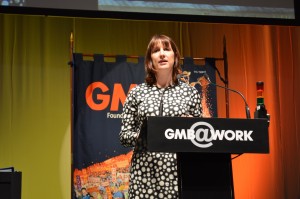 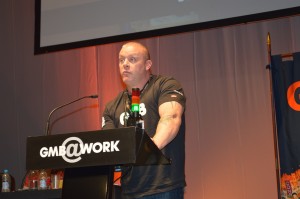 Simon Woodhouse from S20 Branch speaking on Motion 140 - This Conference calls on the Labour Party to adopt a commitment to full employment as the main plank of its economic policy for the 2015 manifesto. 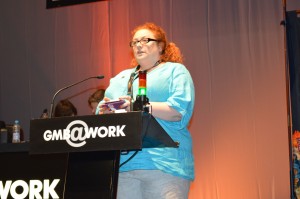 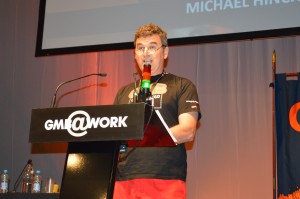 Mick Hinchliffe from S37 Branch moving Motion 113 - This Conference notes that HMRC calculates that up to £32 billion per year is lost through tax evasion and avoidance by companies and individuals. This conference calls on a future Labour Government to increase resources of the HMRC to take on large scale tax avoidance and evasion including closing tax avoidance areas under the control of the UK government such as Isle of Man, Channel Islands, and seeking agreement from the EU and other international parties to reform tax havens. 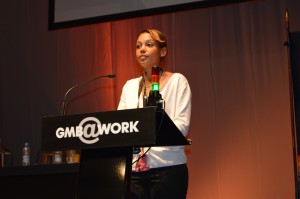 Monica Griffiths from S15 Branch moving Motion 115 - This Conference notes the effect of the Con-Dem “austerity” measures on working people and those on benefits. The burden has fallen disproportionately on these sections of the population whilst those on higher incomes have received a tax cut. This conference believes that the deficit cannot be filled by cuts alone and that a more progressive tax system should be used to increase Govt revenue. This should include an increase in the higher rate of taxation to at least 50% raising approx. £3bn. We call upon the Labour Party to scrutinise and debate other tax measures. 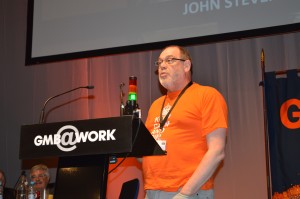 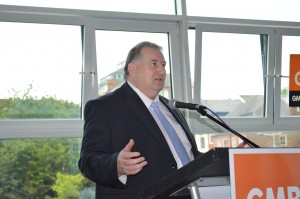 Click here for a full transcript of the address