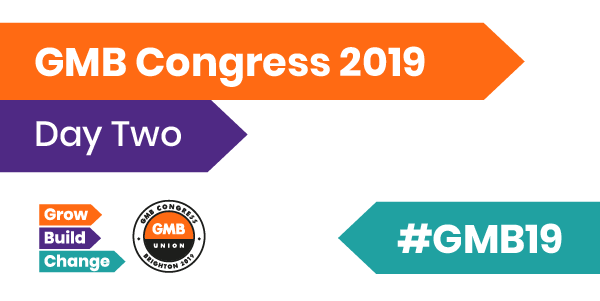 Well, what a start to Congress!
We were welcomed by Labour's Leader of Brighton Council (and GMB member!), Nancy Platts, we crowned our first award winner of the week, and heard a day full of passionate speeches on motions. Democracy in action.
And we have to say, Barbara, completely smashed it in her first time in the hot seat.

Coming up, we've got two fantastic guest speakers - Editor of the Mirror Alison Phillips and Mayor of London Sadiq Khan. We've got our first round of Regional Success Story videos. We've got the Special Report on Local Government and Austerity. Four more fantastic fringes. And, of course, more motions for debate - from public ownership, to care to political democracy.

You can read all about our shocking research into the extent of pay and perks for water industry fat cats is on page two of the Mirror (and online here):

And one more public announcement, Emergency Motion One - Violent collapse of the banana sector in Cameroon - to be debated later in the week. 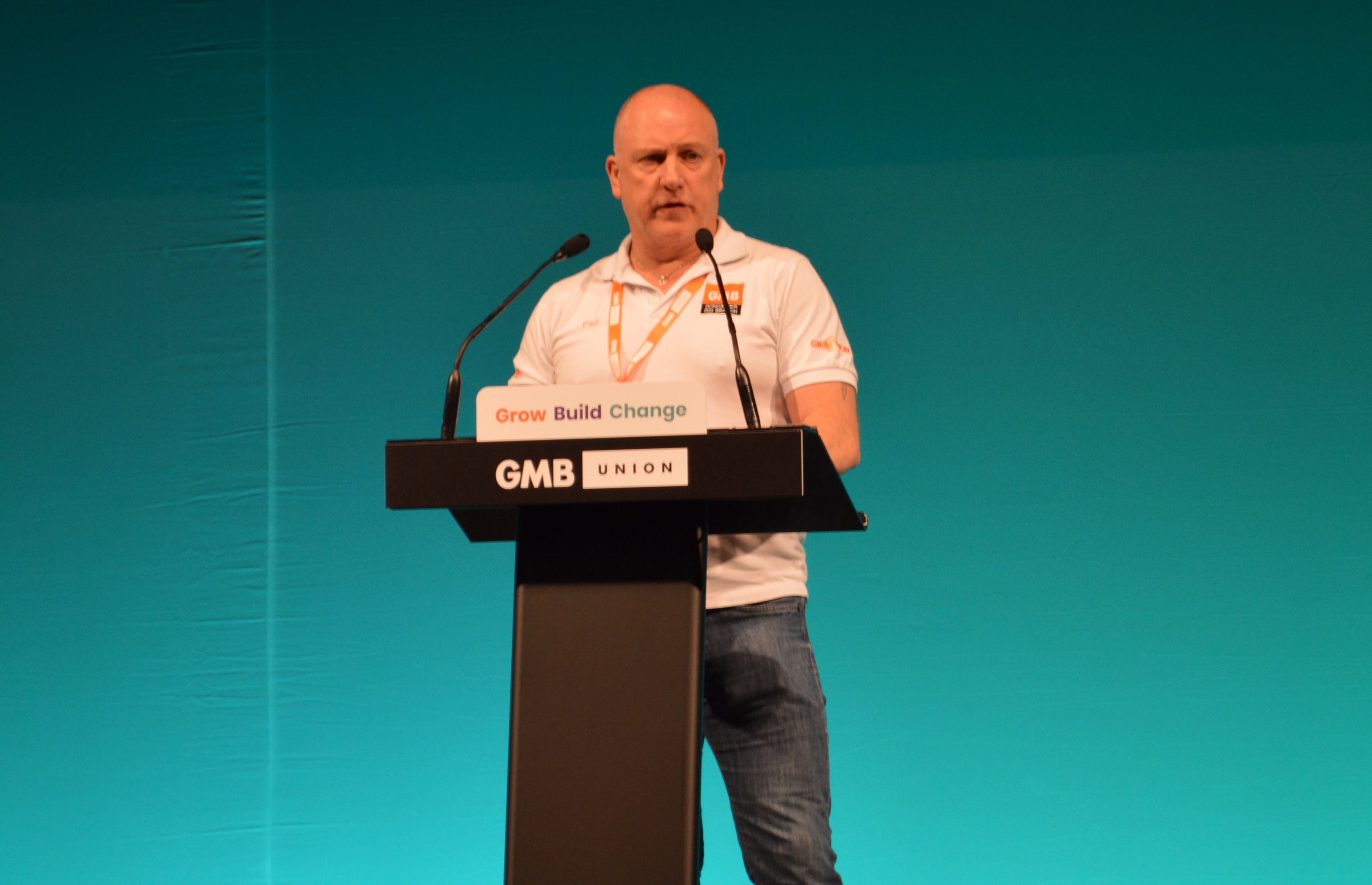 Paul O'Brien from Doncaster Central Branch speaking on behalf of the Region on the GMB Special Report on Local Government Austerity. 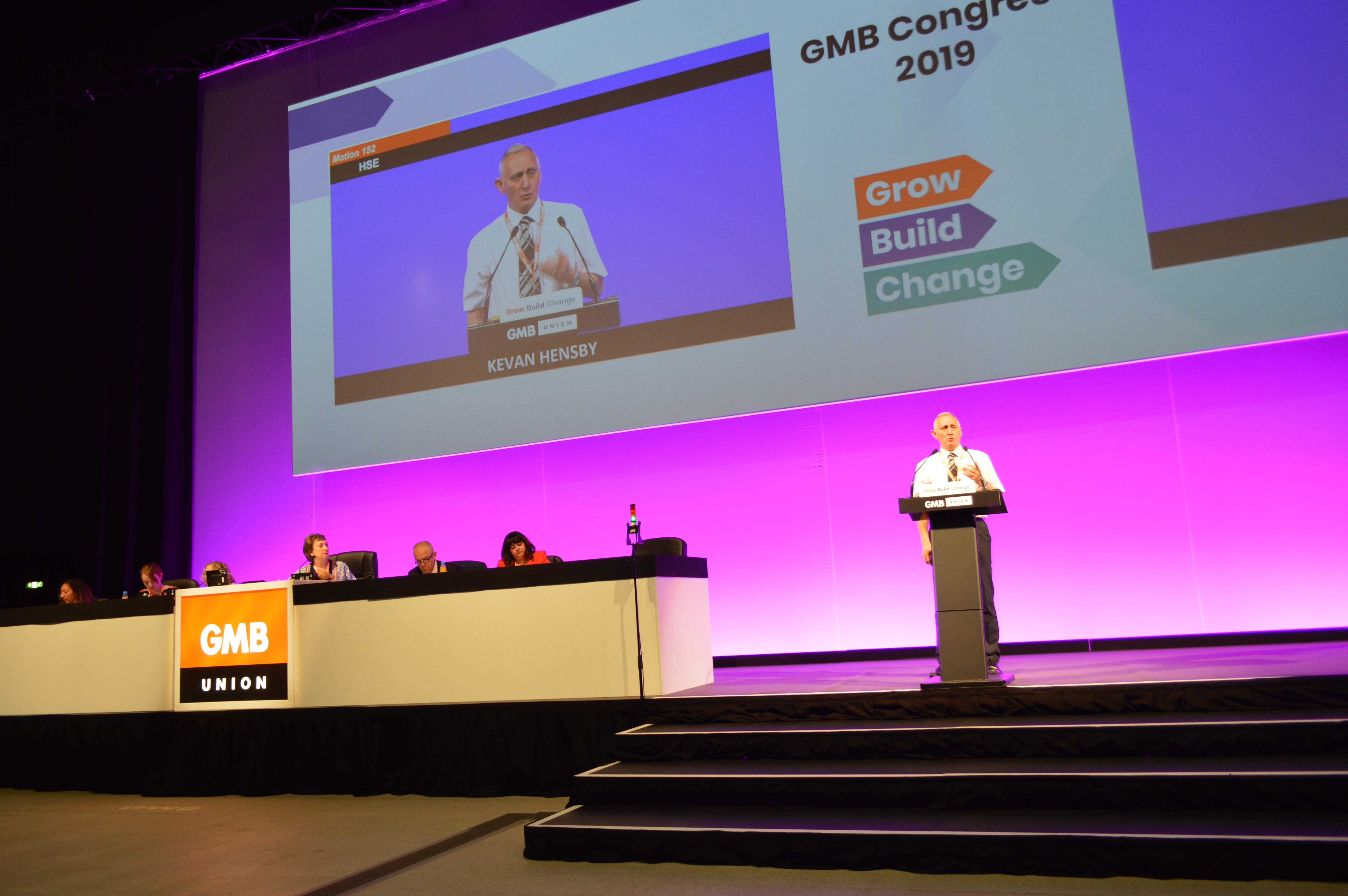 This Congress, the air that our members breathe on a daily basis is not acceptable. The contaminants within the working atmosphere can lead to such debilitating diseases such as silicosis, pneumoconiosis, asbestos, lung disease and many more. Although a substantial amount of work and campaigning has been undertaken by respective bodies, employers are still falling short of their duties in their lack of protection of their workforce. This motion highlights these concerns and calls upon the union to put more pressure onto employers to take more proactive action. 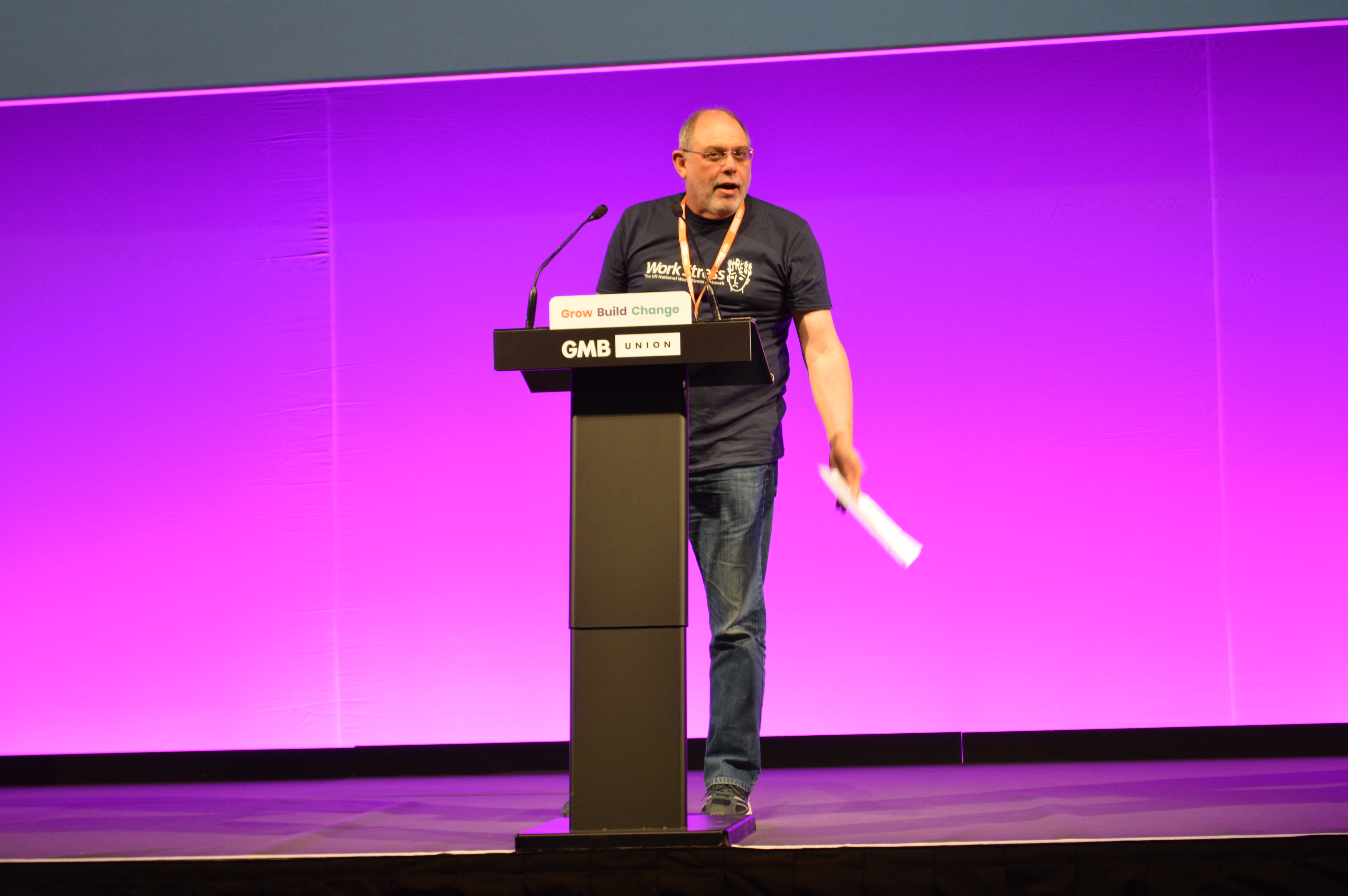 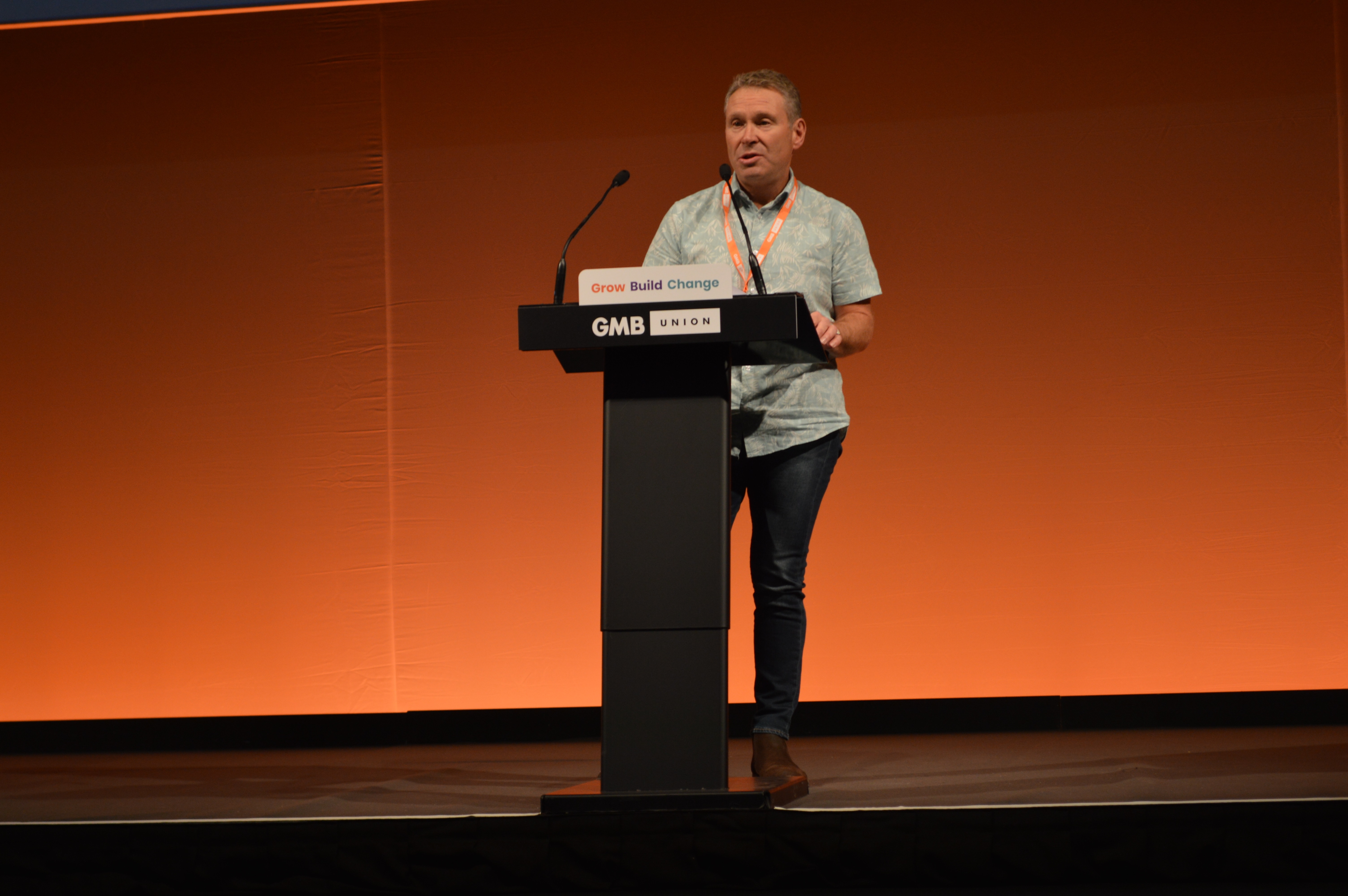 This Congress could lobby the Government to implement some sort of order to the postcode lottery of IVF in the NHS. Some regions‟ NHS only allow one session, others more.

We treat smokers, obese, drinkers free which are all self-inflicted. Mostly the couples wanting a family are being penalised when due to nature can’t have children naturally. 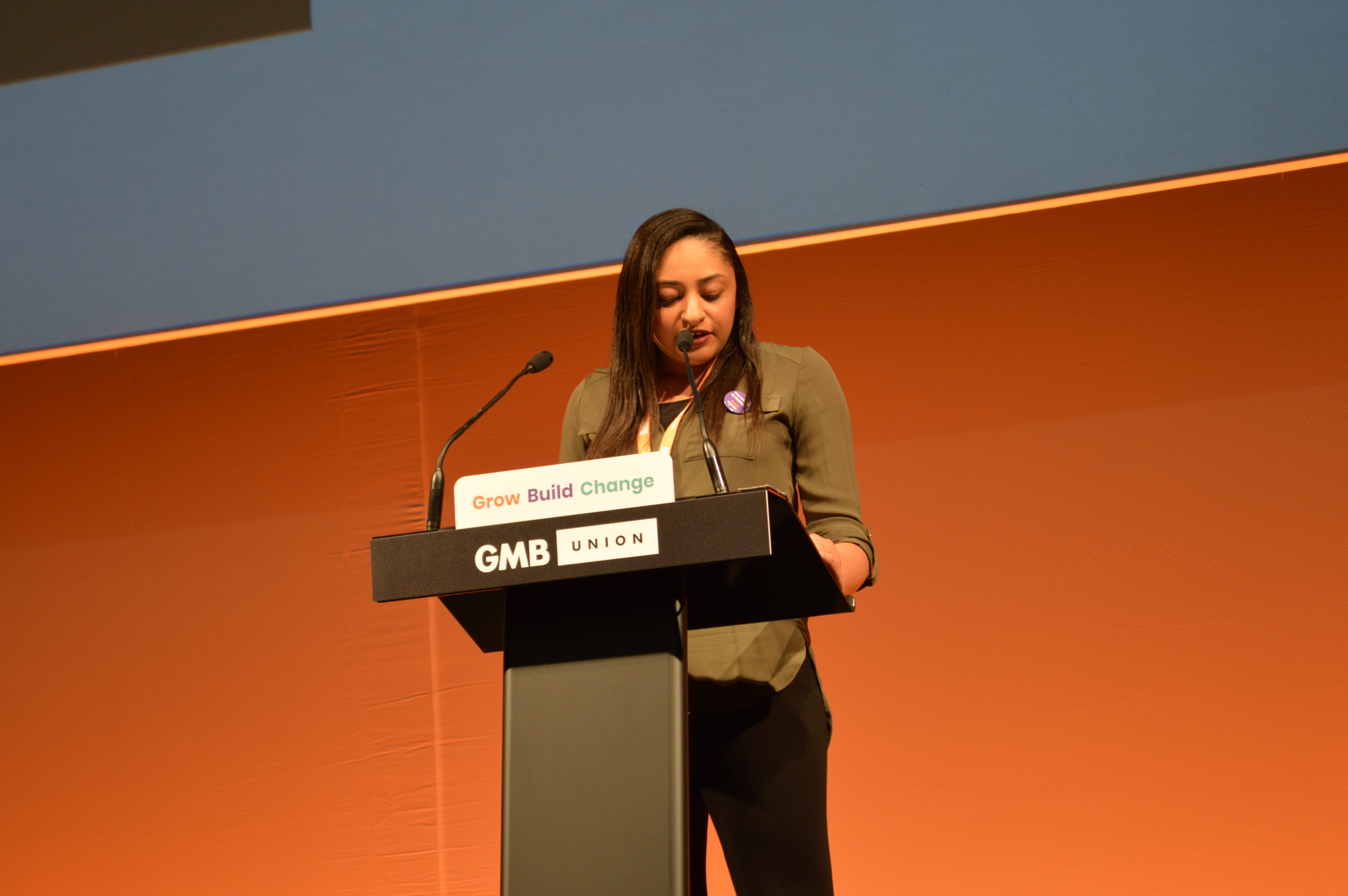 This Congress, 4 in 100,000 people in the UK suffer from Pancreatitis each year and many do not know what it is until it’s too late.

Acute Pancreatitis can be a life threatening illness which sadly claims many lives, yet it remains a mystery to the general public.

There is little information or education to ensure people are aware of the signs and symptoms that lead to Pancreatitis and how serious the illness can be.

GUTS UK is a leading UK charity that raises awareness about digestive disorders such as Pancreatitis, Crohns disease and Coeliac disease. GUTS UK is leading the way with research on how to prevent Pancreatitis, what to look out for and how to live with the aftermath of developing the life changing disorder.

We call on Congress to support this charity, help awareness of Pancreatitis and be passionate about our guts. 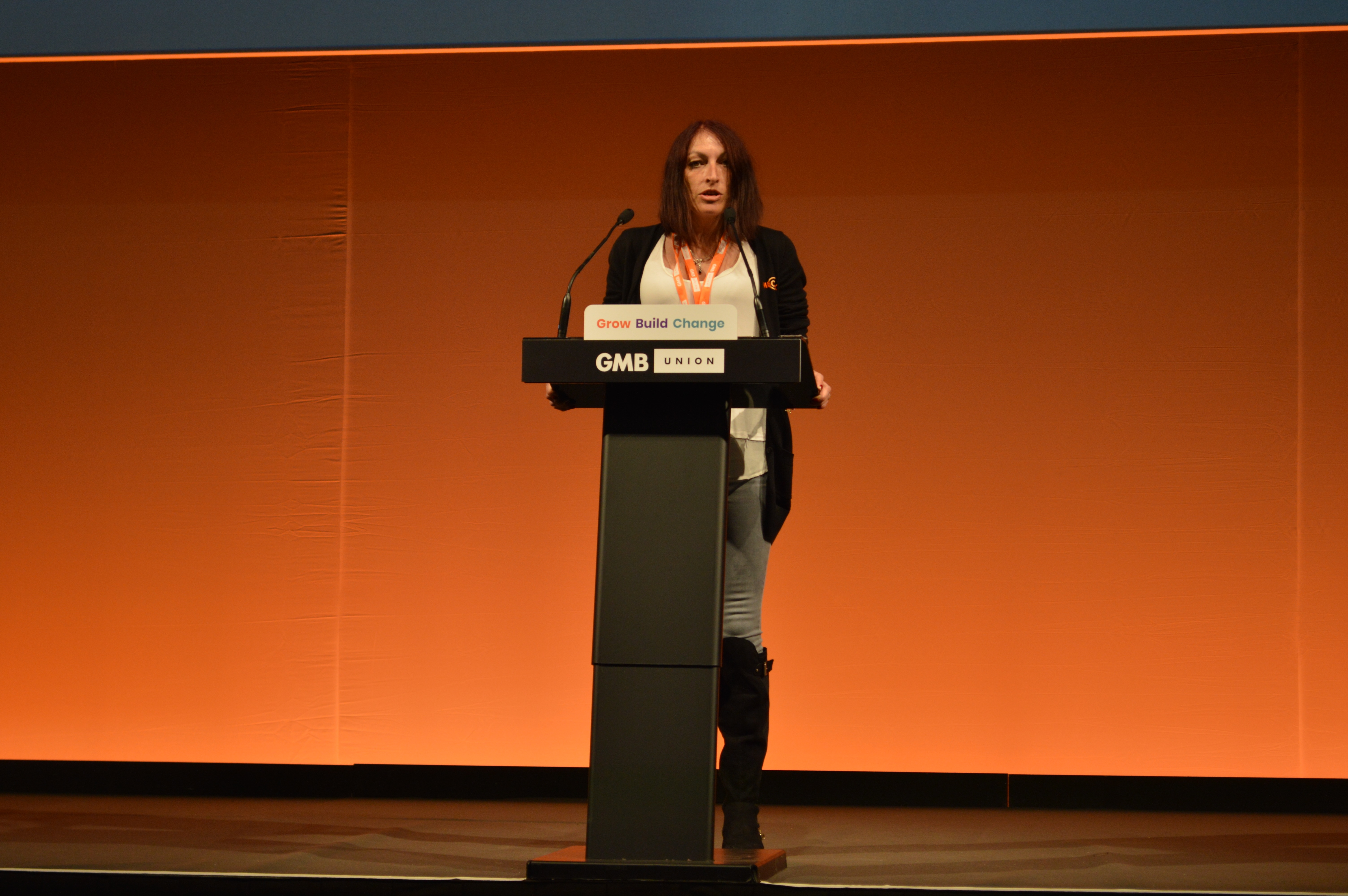 This Congress should call on and lobby this Government to rescind or to police the BBC re the change to free licence as a possibility. This Government pledged to keep them until at least 2022. This seems to be a scheme to take them off the hook for blame.

Also there seems to be rumours about possible loss of national bus passes and then now a call from some areas to alter the current system i.e. over 70’s driving.  This seems to be a slight against OAP’ s. 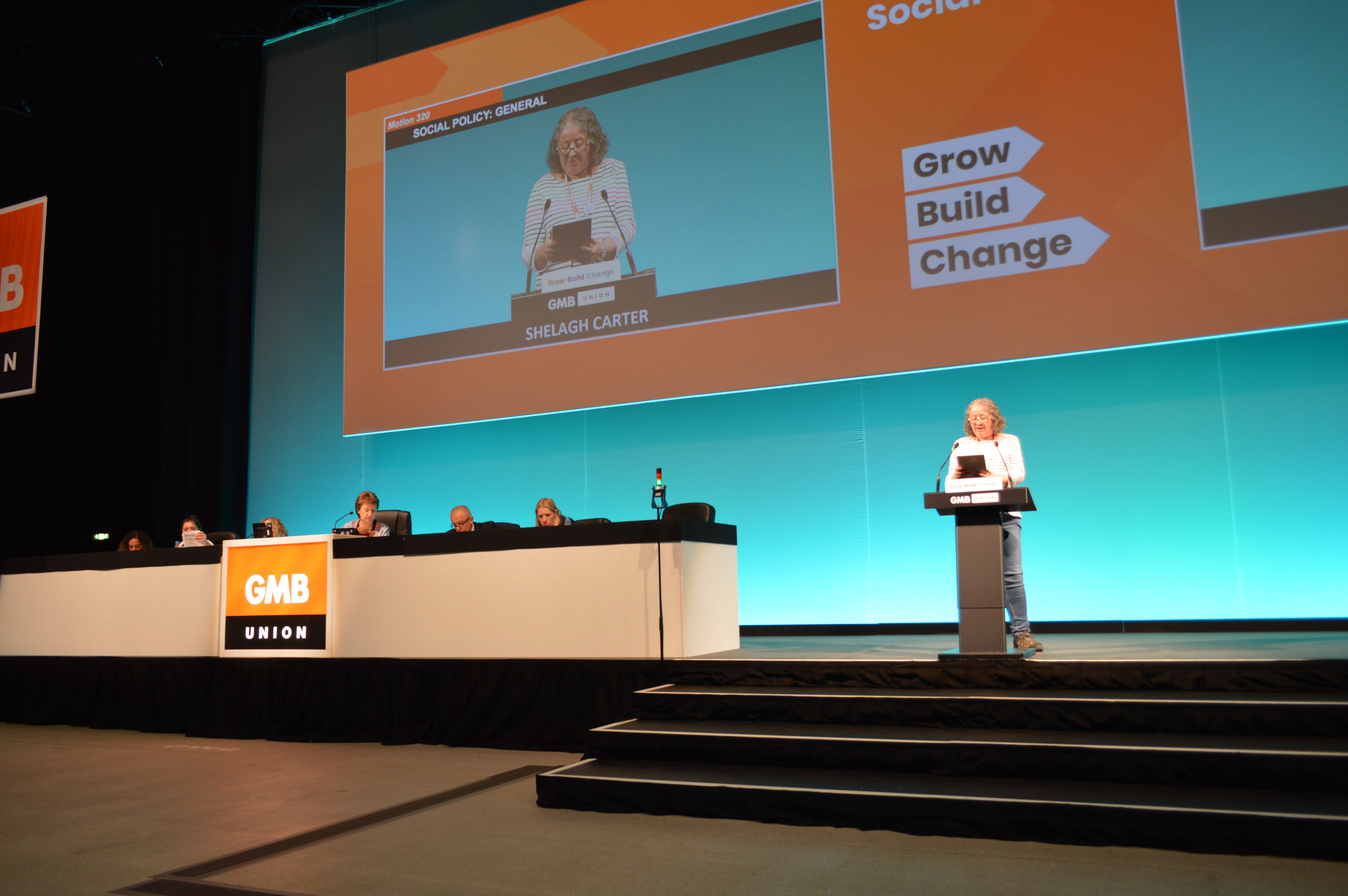 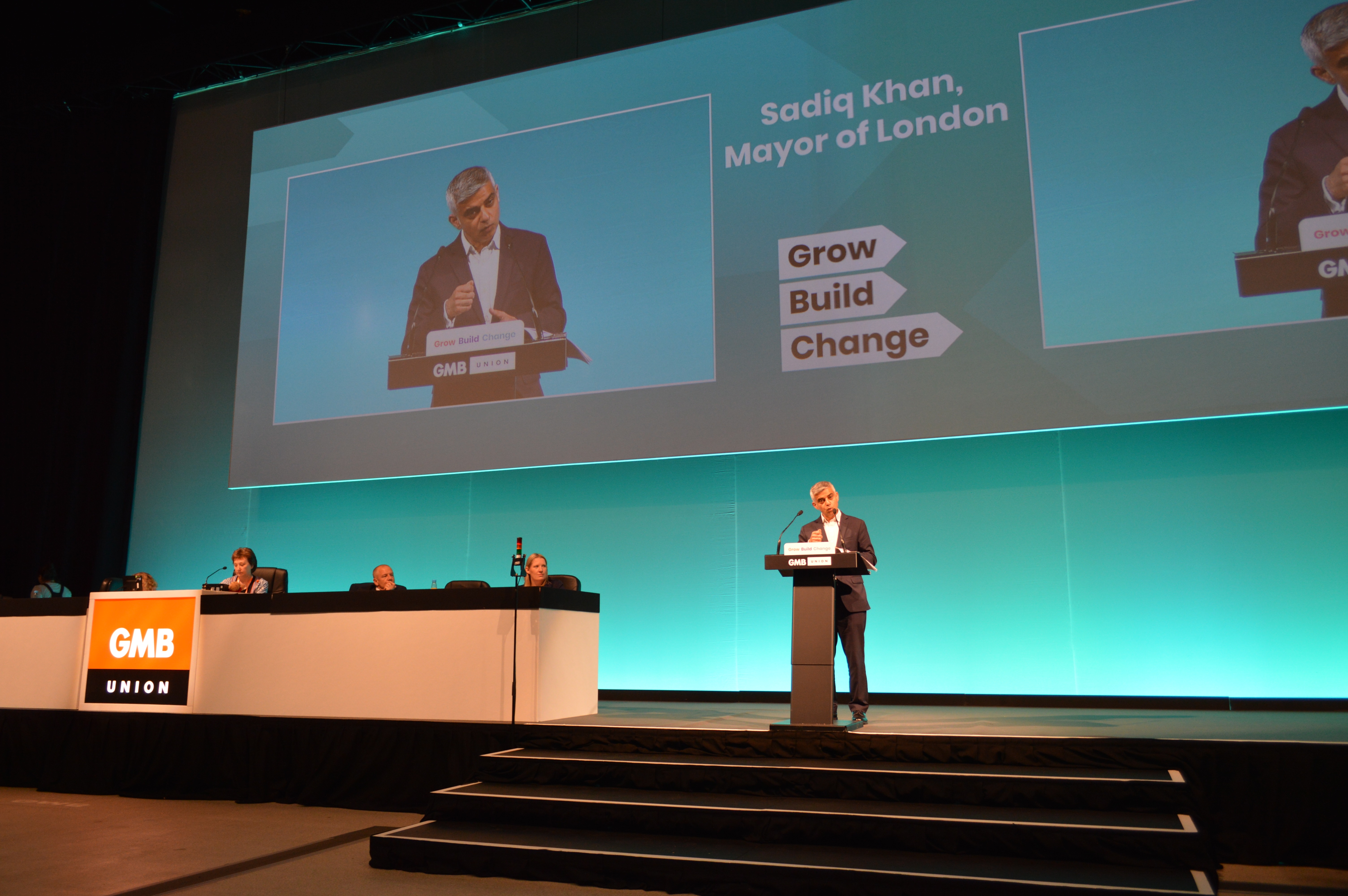 An inspiring speech from Mayor of London and GMB member Sadiq Khan as he addressed GMB Congress today. He praised GMB for the efforts and hard work to support him in his elected positions and urged Congress to continue the fight for a Labour government.