Demonstrators turn out in opposition to deal which raises ‘fundamental conflict of interests’ as Barnsley MP backs union campaign. 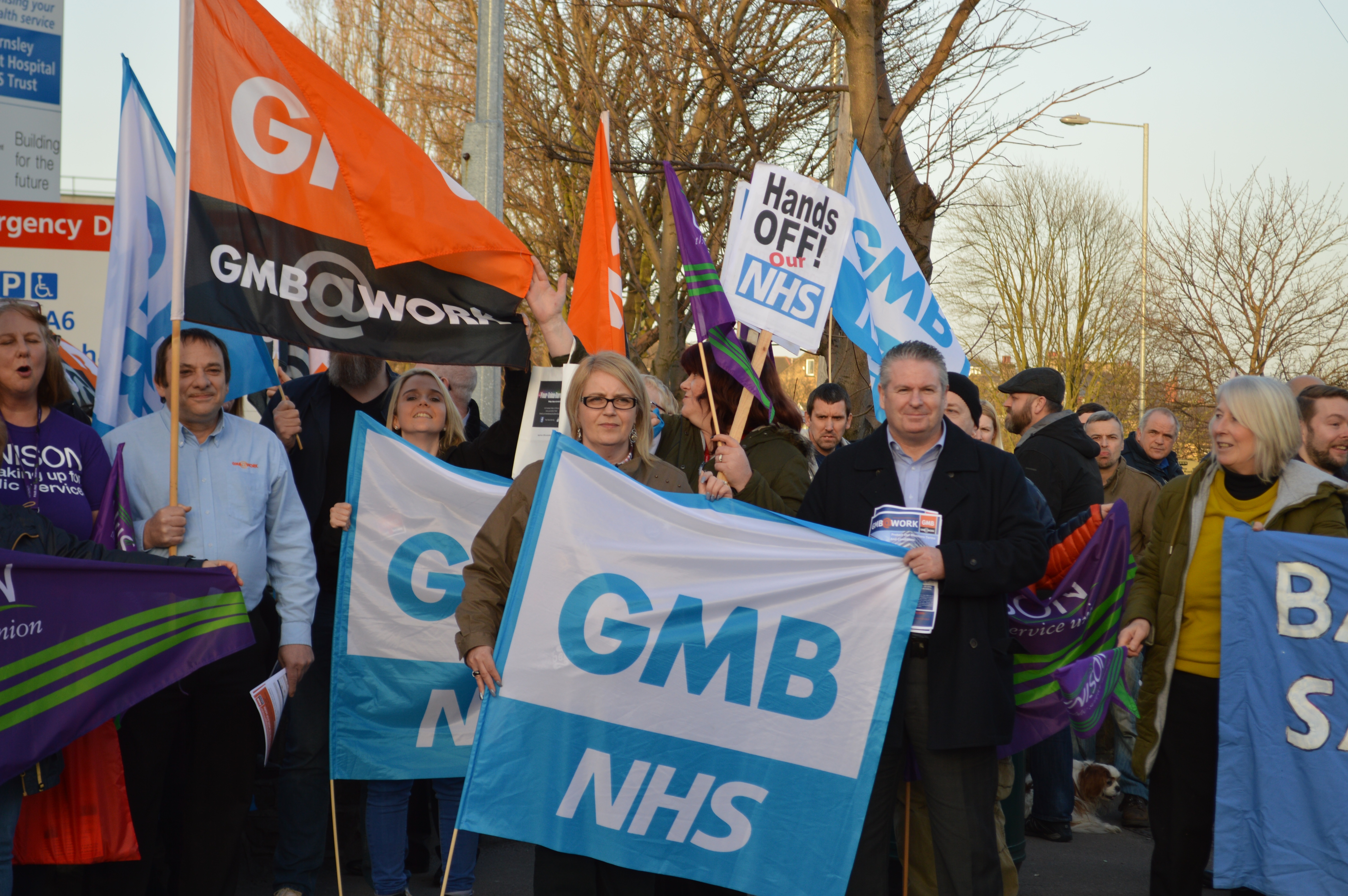 Barnsley Central MP Dan Jarvis has backed a GMB campaign against the privatisation of Barnsley hospital. Demonstrators gathered outside the hospital on Wednesday in anger at a deal which raises a potential conflict of interest for the directors [1]

The trust which runs the hospital lost a massive £16.2million last year and is now embarking on a frenzied drive to slash costs. But the lion’s share of these losses come from “contractual penalties” from private firms and “additional spend on agency staff”. Unbelievably, these are not the issues addressed in the plan for cut-backs. Instead, the Trust envisages even greater out-sourcing of jobs and services to the very same private companies that were responsible for the mess in the first place.

GMB says this raises huge questions over what the directors stand to gain from the new company.

Stacey Booth, GMB Organiser, said: “This protest shows how angry people are - we do not want privatisation in Barnsley. We need answers. “The Trust has not explained their claims the new arrangement will save money for patient care - or what the directors stand to gain by being he directors of BHSS as well as directors and non-executive directors of Barnsley Hospital NHS Trust. "GMB believes that those who do the work, on the frontline every day, to keep the NHS going should not have to worry about their jobs and conditions; and that all hospital services should be brought back – within house – as the first step to financial prudence and simple decency."

Dan Jarvis, MP for Barnsley Central, said: “Having raised our concerns with the Chief Executive of Barnsley Hospital last month, my fellow MPs from neighbouring constituencies and I will raise further concerns this week as we do not believe that the outsourcing of non-clinical departments to this subsidiary company is in the best interests of staff and patients. “Whilst we appreciate the Trust has to consider a range of options in the current challenging financial climate, it is vital that any decision does not lead to deterioration in staff’s terms and conditions and the creation of a ‘two-tier’ workforce.”