Joint Union March Brings Traffic To A Standstill In York

Trade union members in York marched and rallied on Saturday 29th November 2008, over three of the most important issues facing York and the rest of the UK. GMB, Unite, Community, PCS and CWU members called on the Government to rethink its policies on welfare reform, the employment of disabled people and the provision of our Royal Mail Services.

Speakers at the rally included: 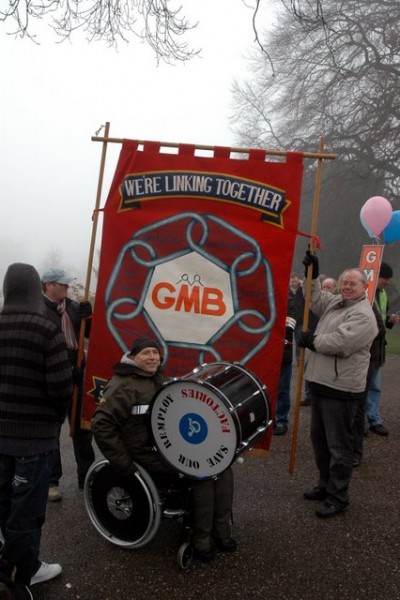 Paul Kenny, GMB General Secretary said:  “The closure of Remploy York on the 6th March 2008, effectively blocked opportunity for disabled people in the York and surrounding areas to find sustainable work. GMB will not allow this is important issue to be forgot or ignored. The voice of disabled workers will get louder and louder as time goes on and GMB will make sure it is listened to by Government and Councils alike.”

To find out more visit: http://www.­gmbremployworkers.­info/index.html