We’re delighted to be in sunny Brighton for GMB Congress 2019 - and to celebrate our great union’s 130th birthday!  We’ve heard from Tim and Barbara already and we’ll bring you updates for the day, some handy links and reminders about what’s happening where and when.

Congress will be streamed live - the link to share with family, colleagues and friends is:

We've already been hitting the headlines from down in Brighton. Today our research covered in the Guardian reveals care workers suffered more than 6,000 violent attacks during the last five years, and yesterday in the Metro our figures showed the cost to a family shopping basket of a no deal Brexit could be £800 per year. 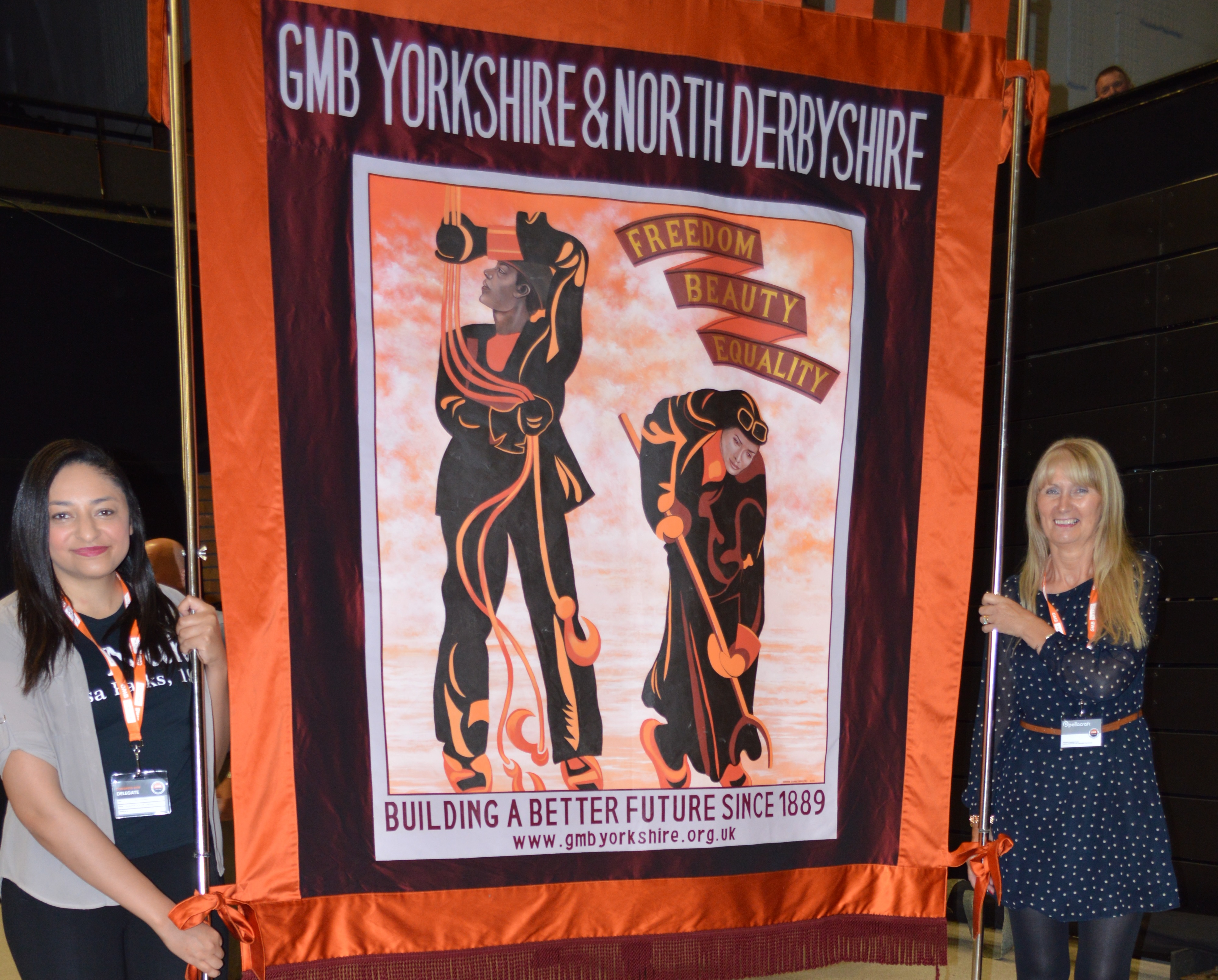 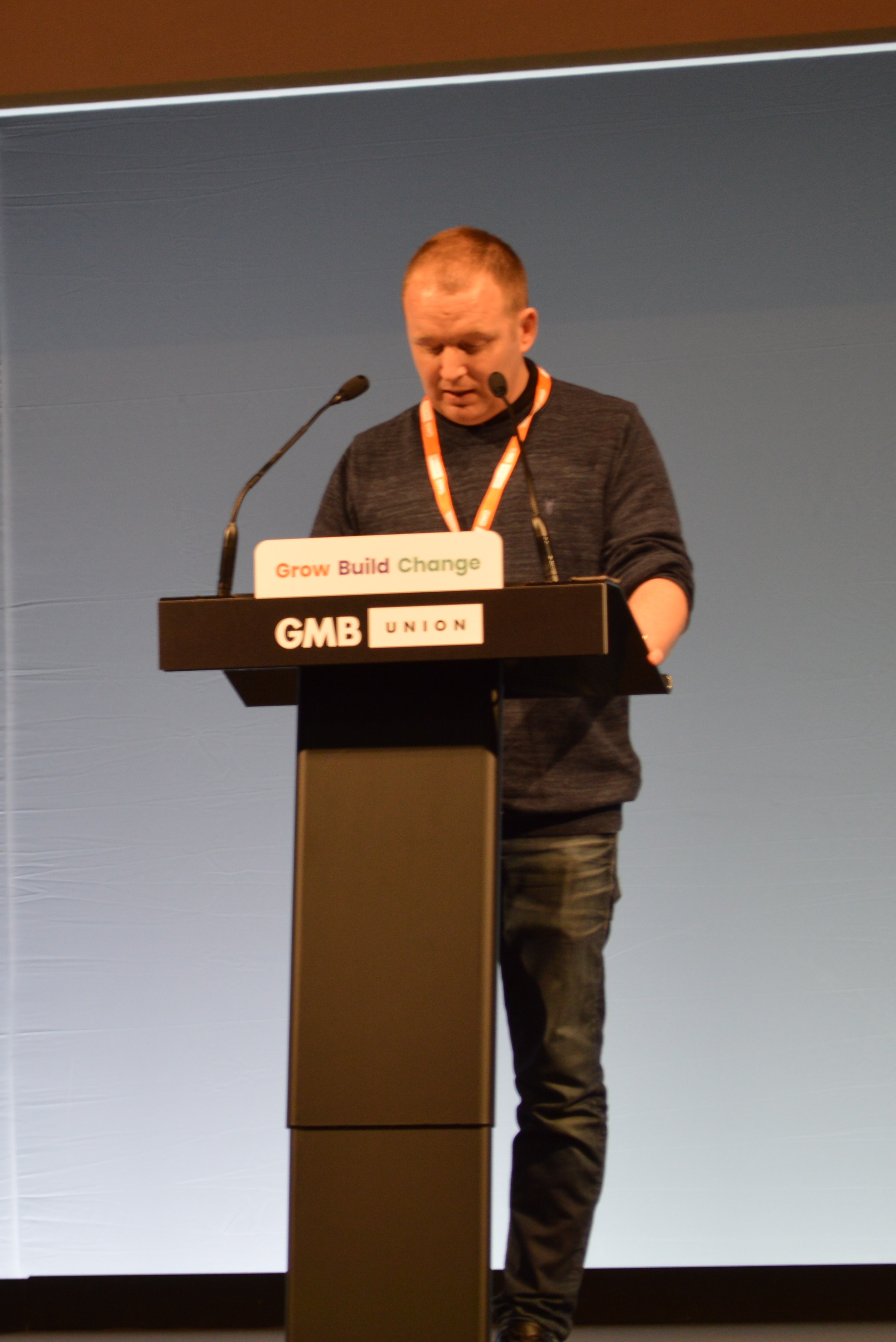 This Congress believes that there should be a skeleton staff in each region (maybe one Organiser, one Secretary) to provide a service where required for our members, the majority of which work over the Christmas period.

Two weeks is a long time in employment and with no regional cover and Unionline also in shutdown. Our branch feels that there should be some cover to support both our members and branches. 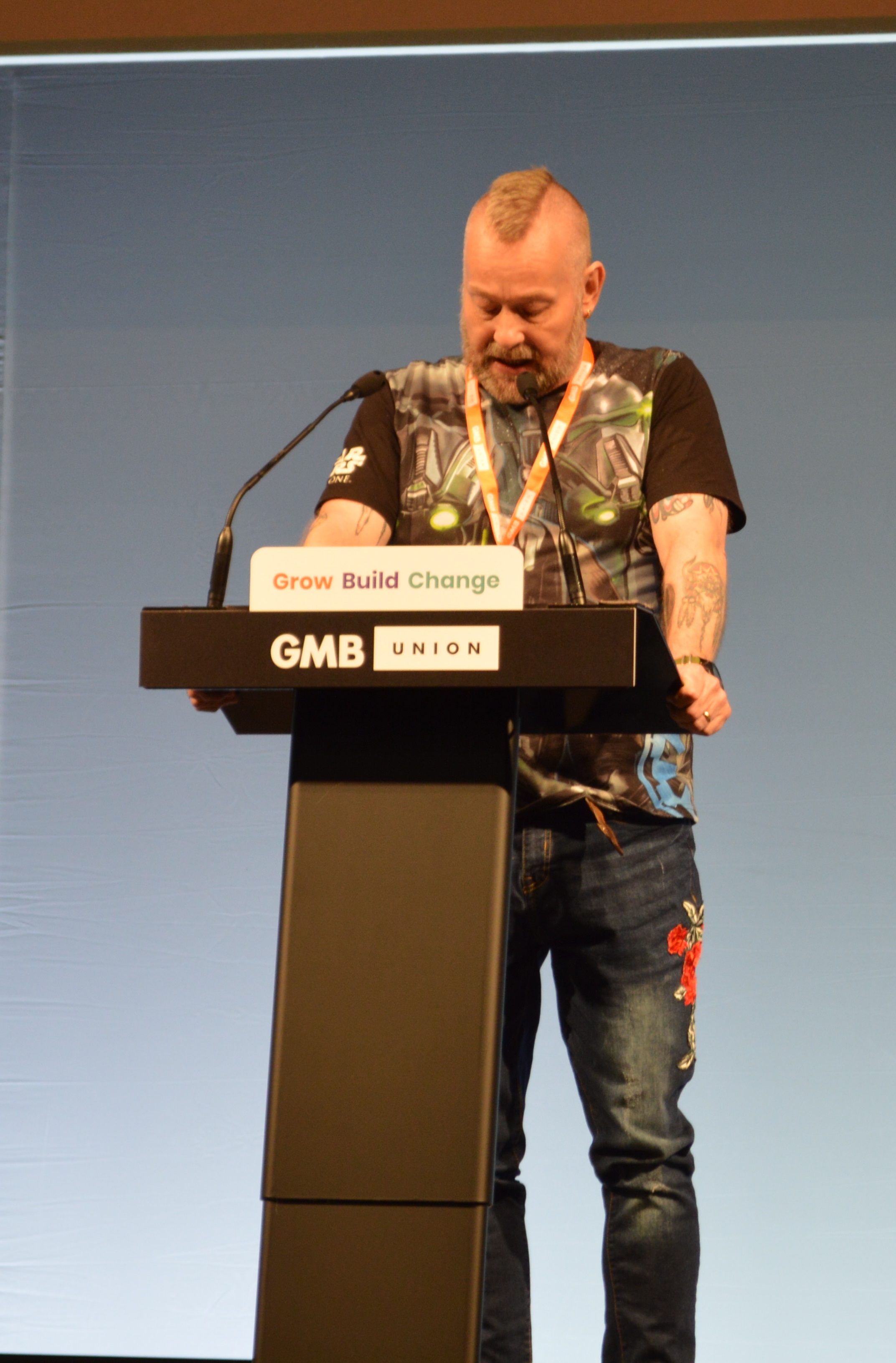 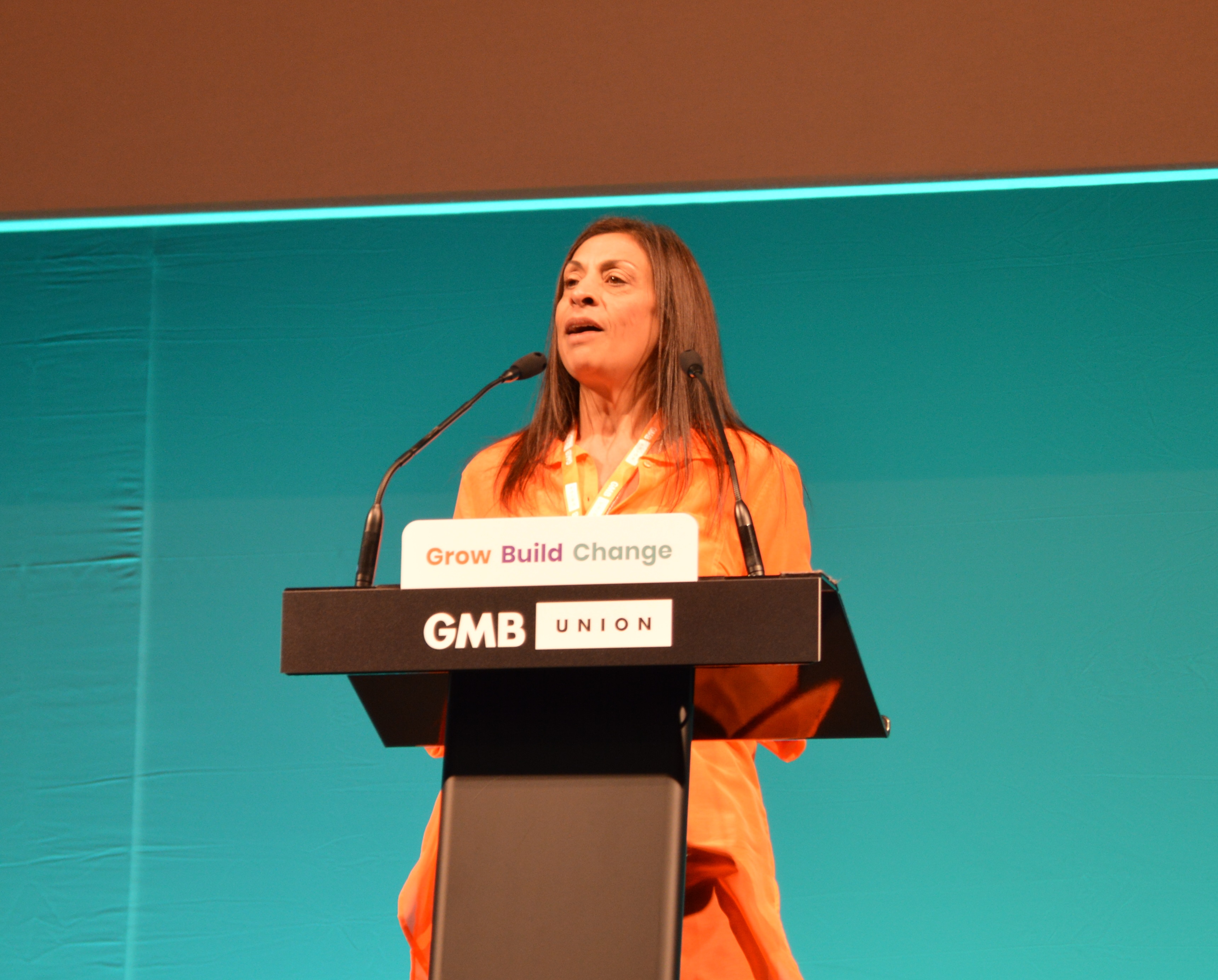 Cindy Gavin from Leeds General Branch Moving Motion 33: Electronic Nominations
This Congress resolves to allow all nominations to be accepted electronically, along with existing procedures and truly move our union into the 21st Century.

We agree that in some circumstance electronic nominations are accepted, however some regions still fall short of embracing technology and the reduction of our carbon footprint.

For example, Congress nominations can be completed in full, signed appropriately, scanned and forwarded to the relevant department for acceptance by submission date.

This has not always happened and has put some branches that wish to move forward at a disadvantage. With the delay in post, post going missing and paperwork being misplaced, having electronic copies ensures that this does not happen and gives a secure paper trail.

There is no disparity between one type of nomination to another, they all are equally important and are part of our democracy and this should be the same for submitting nominations. It is essential that procedural processes be standardised across our union.

The transition to receiving electronic nominations will not cause any detriment to the way procedures are completed and will not hinder or delay in anyway.  We ask Congress to support this motion. 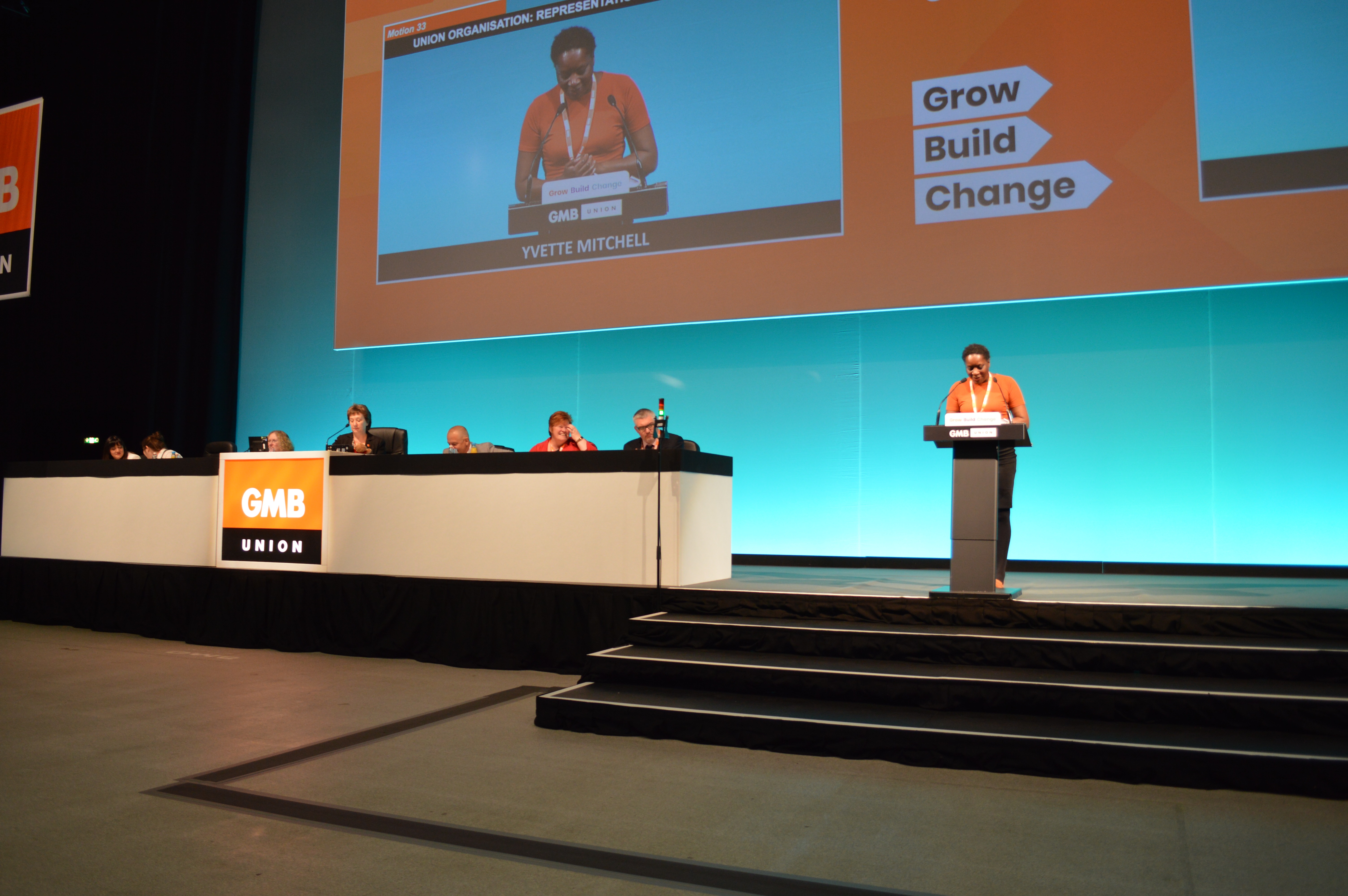 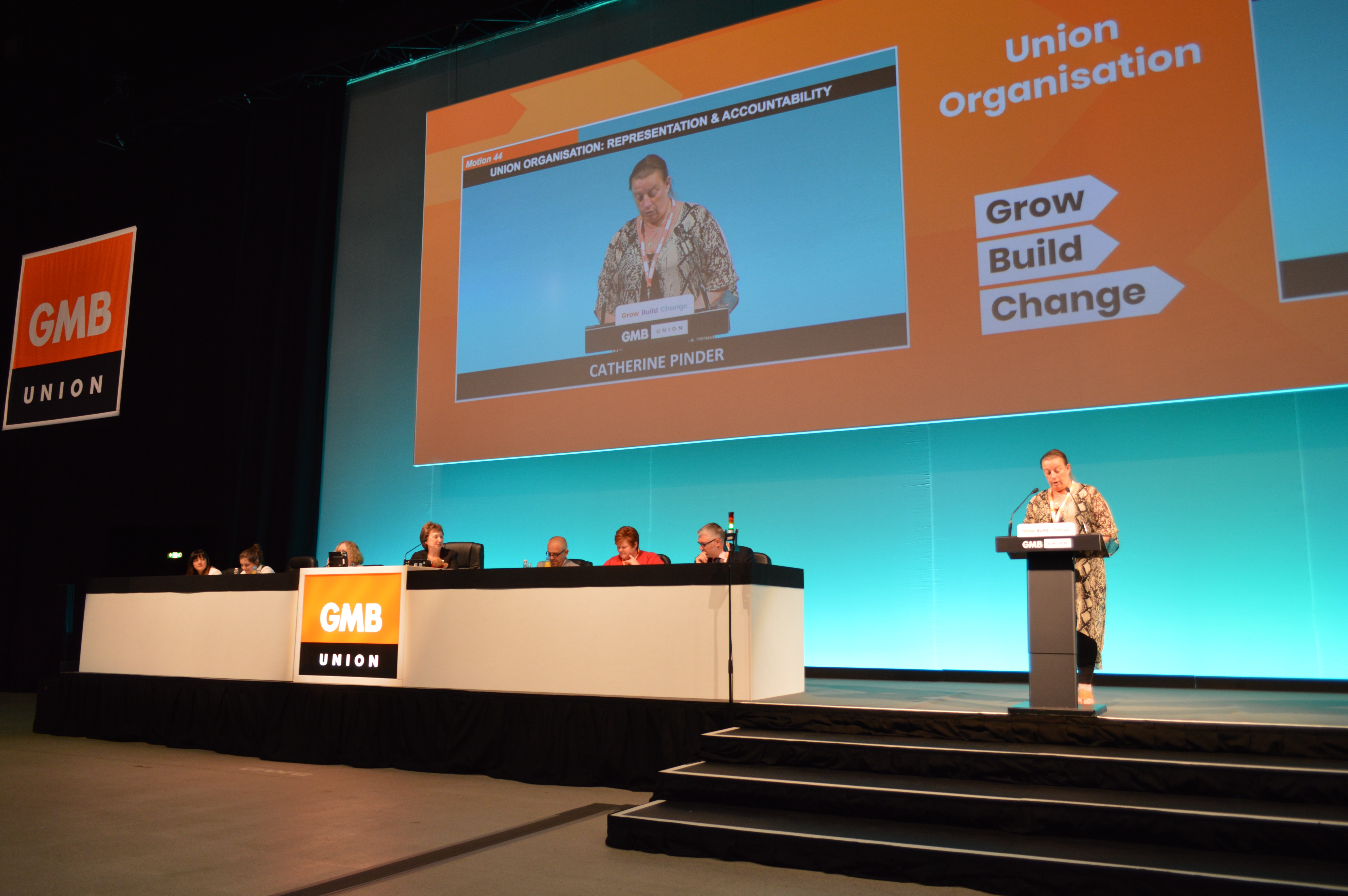 Cath Pinder from GMB Organising Branch Moving Motion 44: Bilingual Officers and Reps
This Congress, as a result of the chaos that is Brexit and the fear and uncertainty it has caused for all we have a duty as Trade Unionists to protect those most at risk from whoever seeks to use this instability as a means of exploiting workers.

B05 and M35 have been in partnership for over a year to co-ordinate the linguistic expertise and the resources of each branch to recruit in workplaces where there are predominantly non-English speaking workers.

M35 have produced translated material and B05 have paid accompanying rep expenses for any member where language is a barrier to recruitment and accessing their rights. This is being utilised in companies that employ predominantly Eastern European workers.

Furthermore a B05 member who is multilingual has undergone initial interview and has been accepted for accompanying rep training. He will be deployed in companies that are predominantly Urdu and Punjabi speaking.

Migrant and non-English speaking workers are a significant number in the workplace and every effort needs to be made to capture this area of the workforce. They are employed in predominantly low paid and precarious work and as such are subservient to bosses who may and will exploit.

B05 through a member query to the branch secretary asked a bi-lingual member to visit as language was a barrier to understanding the problem. This visit identified serious issues with process and procedure and also highlighted practices which required police intervention. Possible trafficking was identified and is being followed up by a senior officer.

Evidence suggests that there is a very real need for every region to have the resource of multi-lingual officers or members to assist where language is a barrier to understanding workers‟ rights and as such recruitment.

If the cost of employing such officers is prohibitive then an enhanced rate should be established for multi-lingual members to assist in workplaces which have a non-English speaking workforce for the benefit of all members regardless of which branch they are in.

Congress it is critical that all branches work together in the battle for workers‟ rights and share best practice to ensure efficient and effective use of our resources.

Congress this significant group of workers is under-represented and the GMB should continue to lead the way in promoting the work they do for our country and give them the representation they deserve. 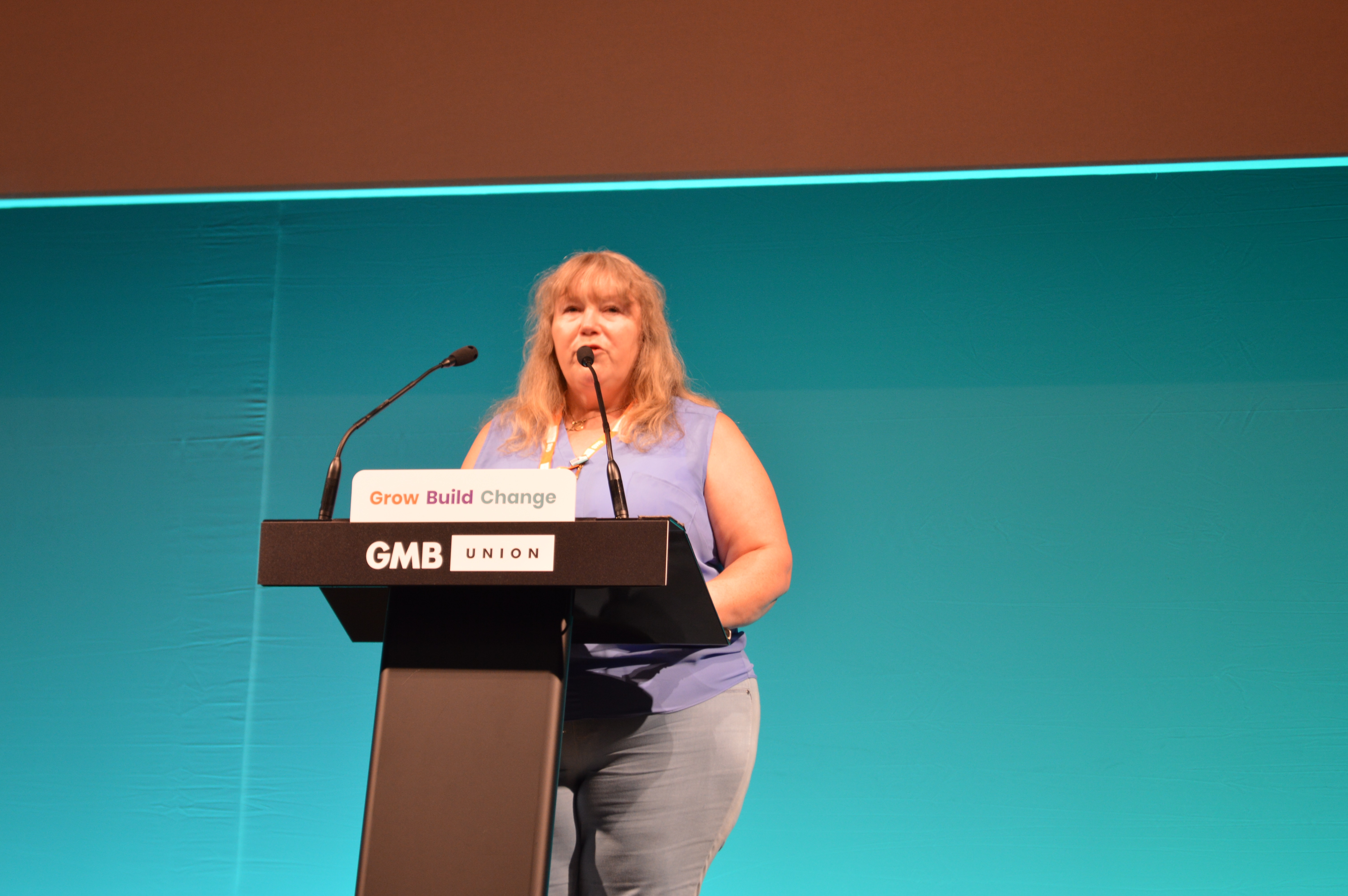 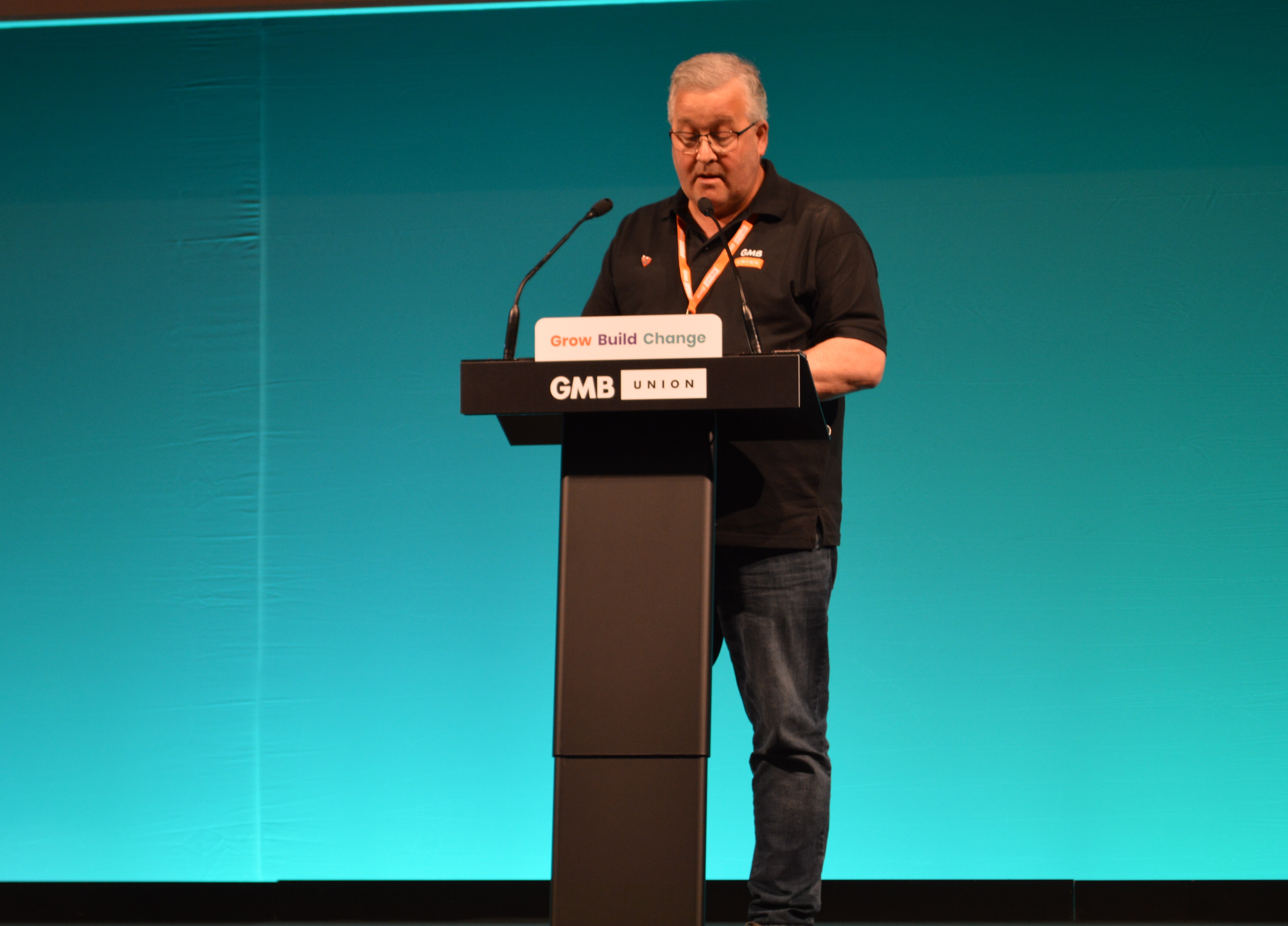 Neil Lockwood from Ripon & Thirsk Branch Moving Motion 200: 20 Point Plan For Security And Equality At Work
This Congress will be aware that back in 2012 this Tory Government made several changes to the rights of workers which enabled scrupulous bosses to use workers‟ rights for their benefits. The Tory Government claimed that this was to encourage small businesses to employ more staff by reducing hiring costs. As we know this isn’t the case. In the first year alone, bosses pocketed an extra £4.5 million from the variation of the qualifying period.

Unfortunately, for workers businesses have now come accustomed to know that it’s relatively safe and easy to sack someone who has not yet been employed for the qualifying period, even if they don’t have a fair reason for dismissing them.

We call on this conference to back this motion and to lobby MP‟s and the future Labour government to prioritise and enact its 20 point plan for security and equality at work, which will bring about a fairer and more job secure future for workers and to stop unscrupulous businesses using watered down workers‟ rights as a tool for profits. 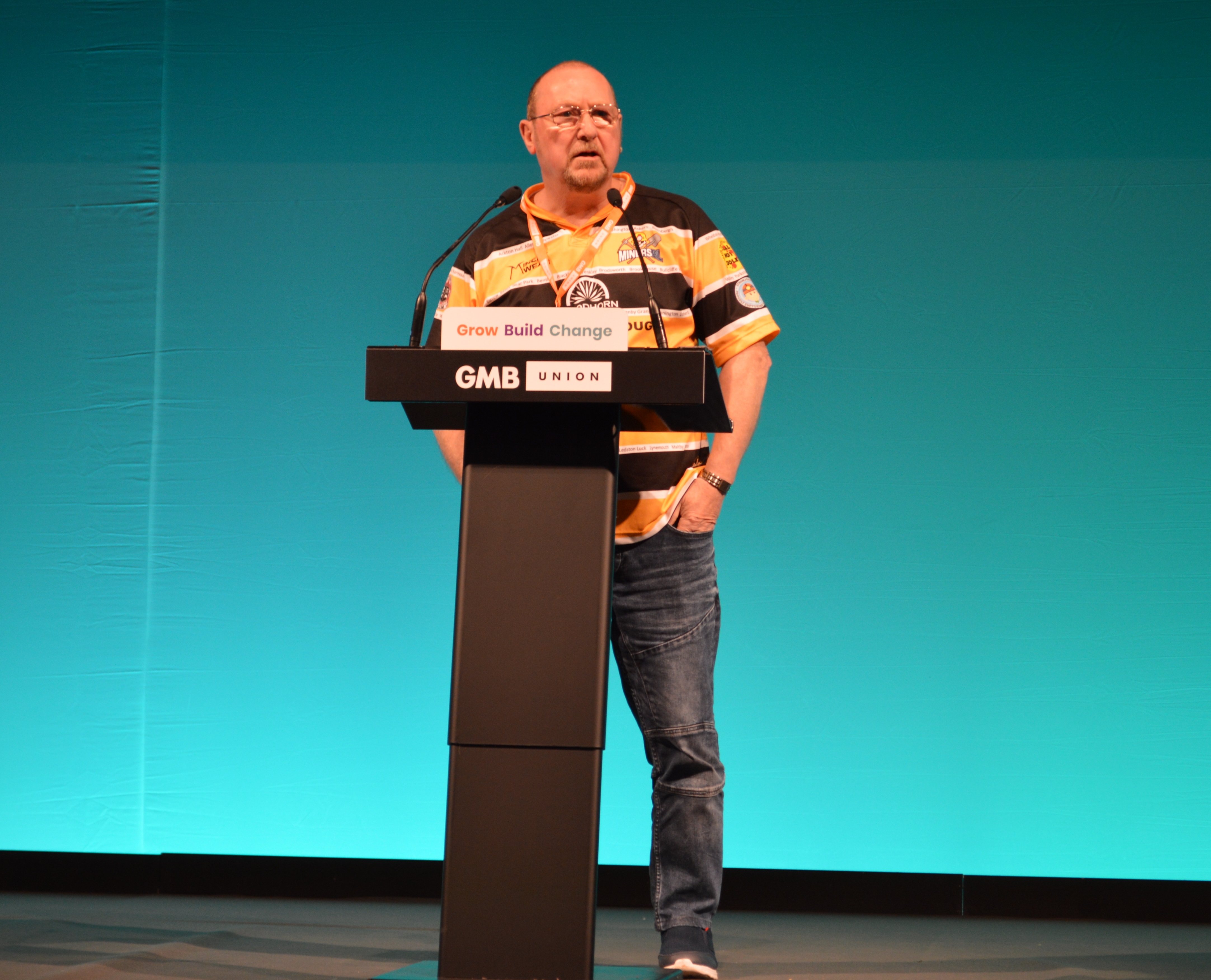 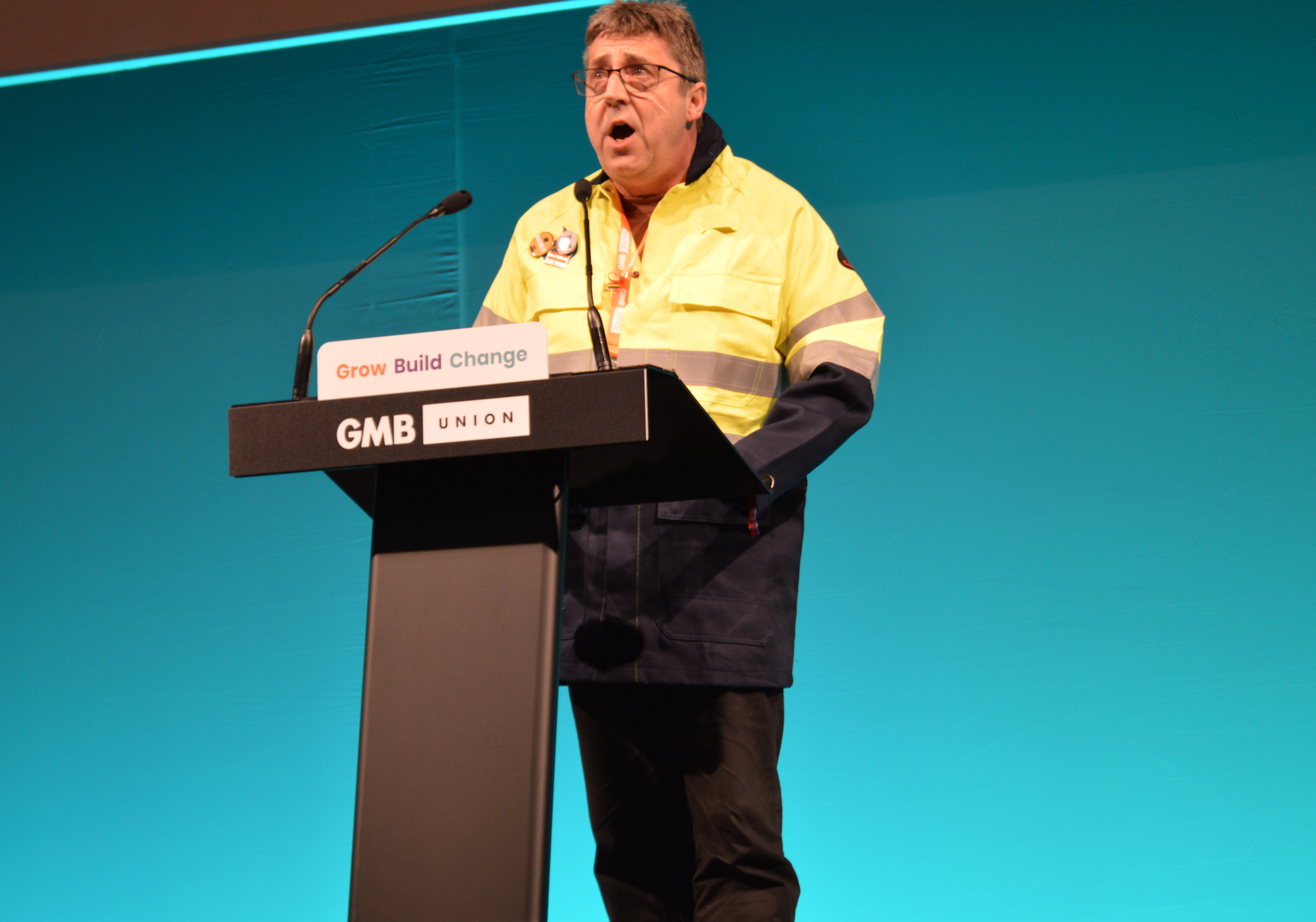 Ian Kemp from Parkgate Branch Moving Motion 223: Government Failure To Support British Steel Industry
This Congress notes the Daily Mirror report of 24/01/2019, that said only 48% of steel used in government projects was made in Britain. Given that all of the steel required could be produced in the UK, this failure to support the British steel industry by the government is unforgivable.

Despite claiming to be both pro-business and the party of workers, this is yet another failure to support British industry and another kick in the teeth to hardworking workers, their families and communities by the Tories. It shows we cannot rely on the Tories to help British businesses and workers and, any calls for a Tory government to support British industry are a waste. 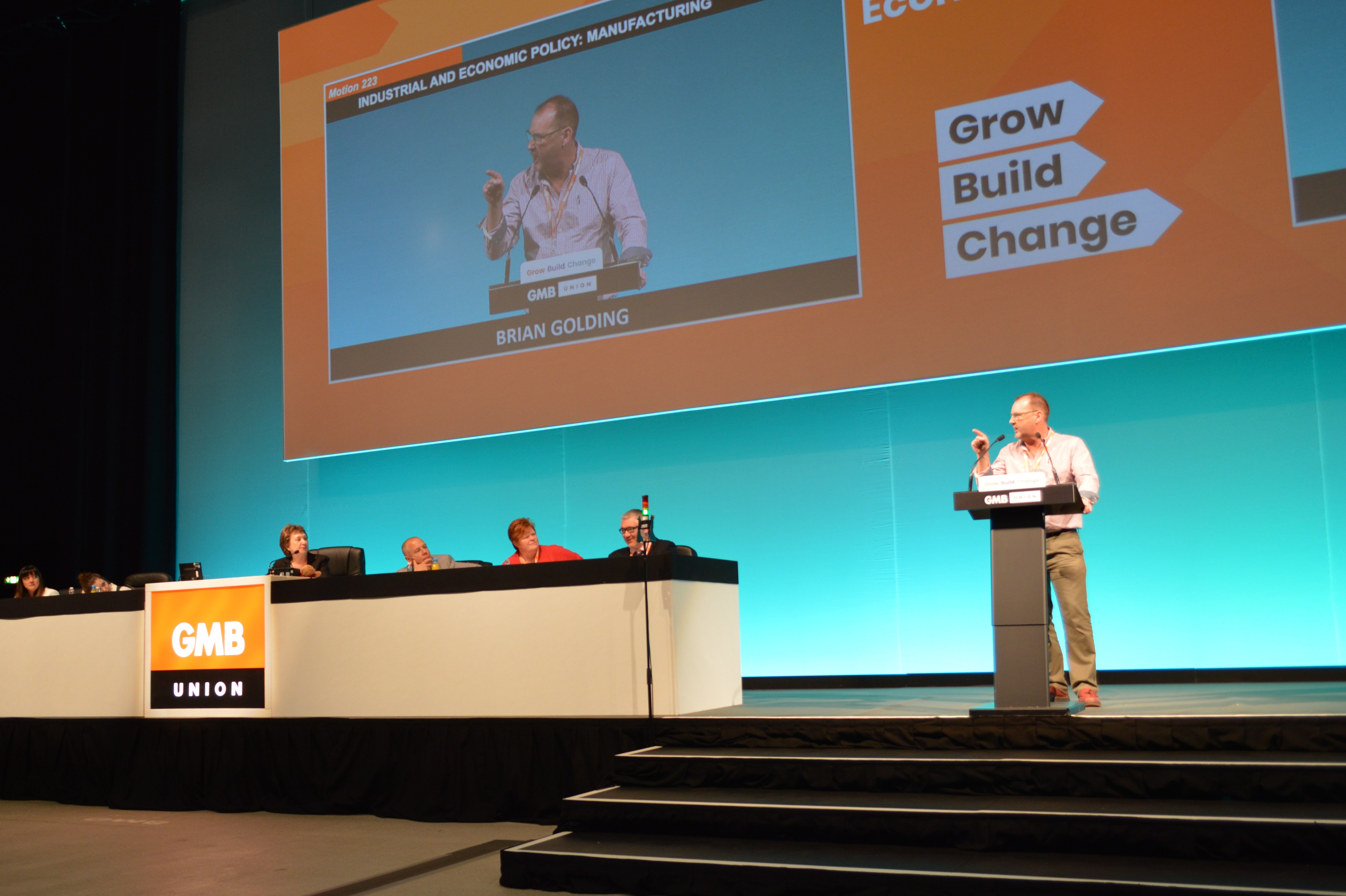 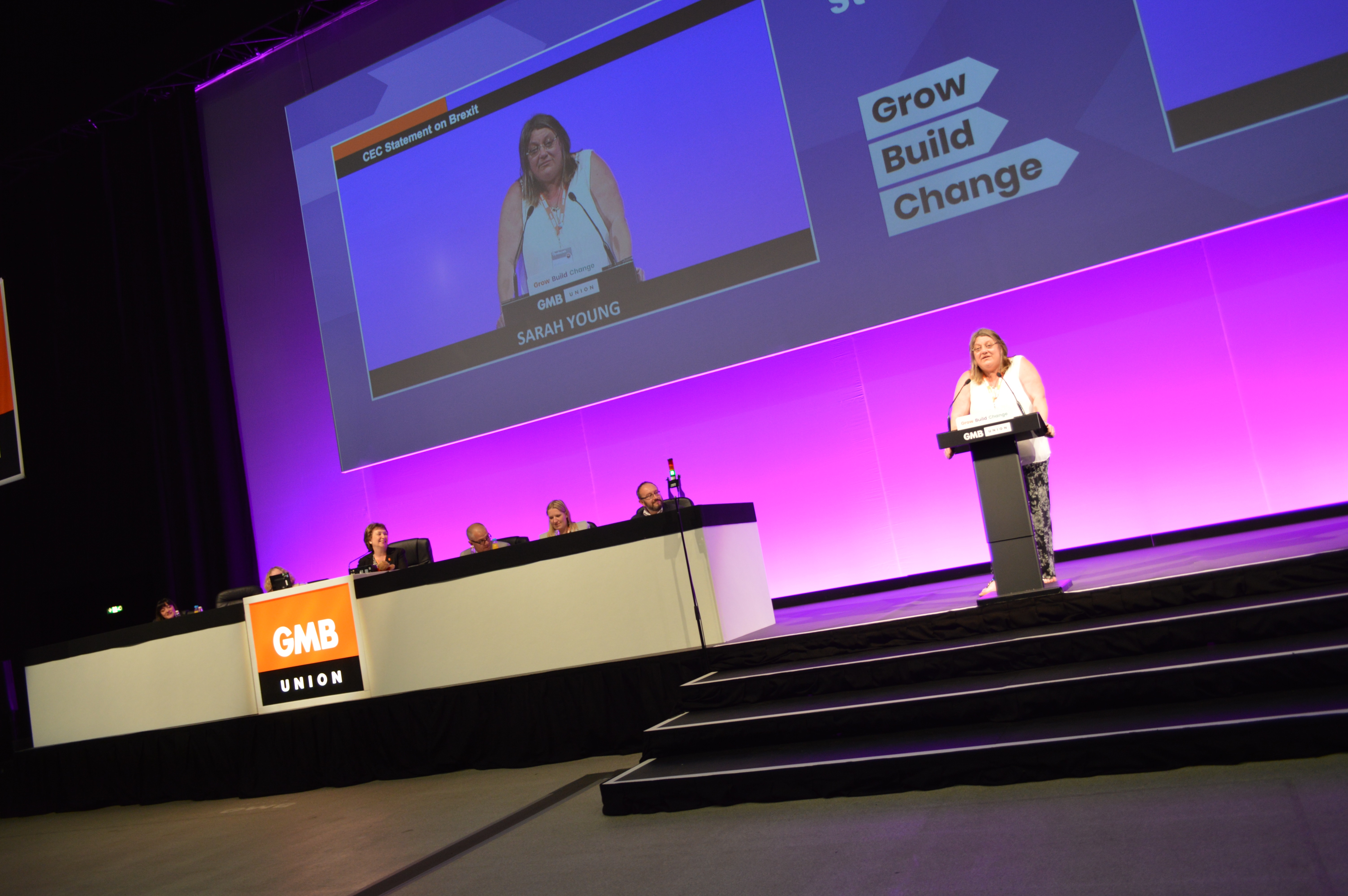 Sarah Young from Sheffield Health Branch speaking on behalf of the region on the CEC Brexit Statement.