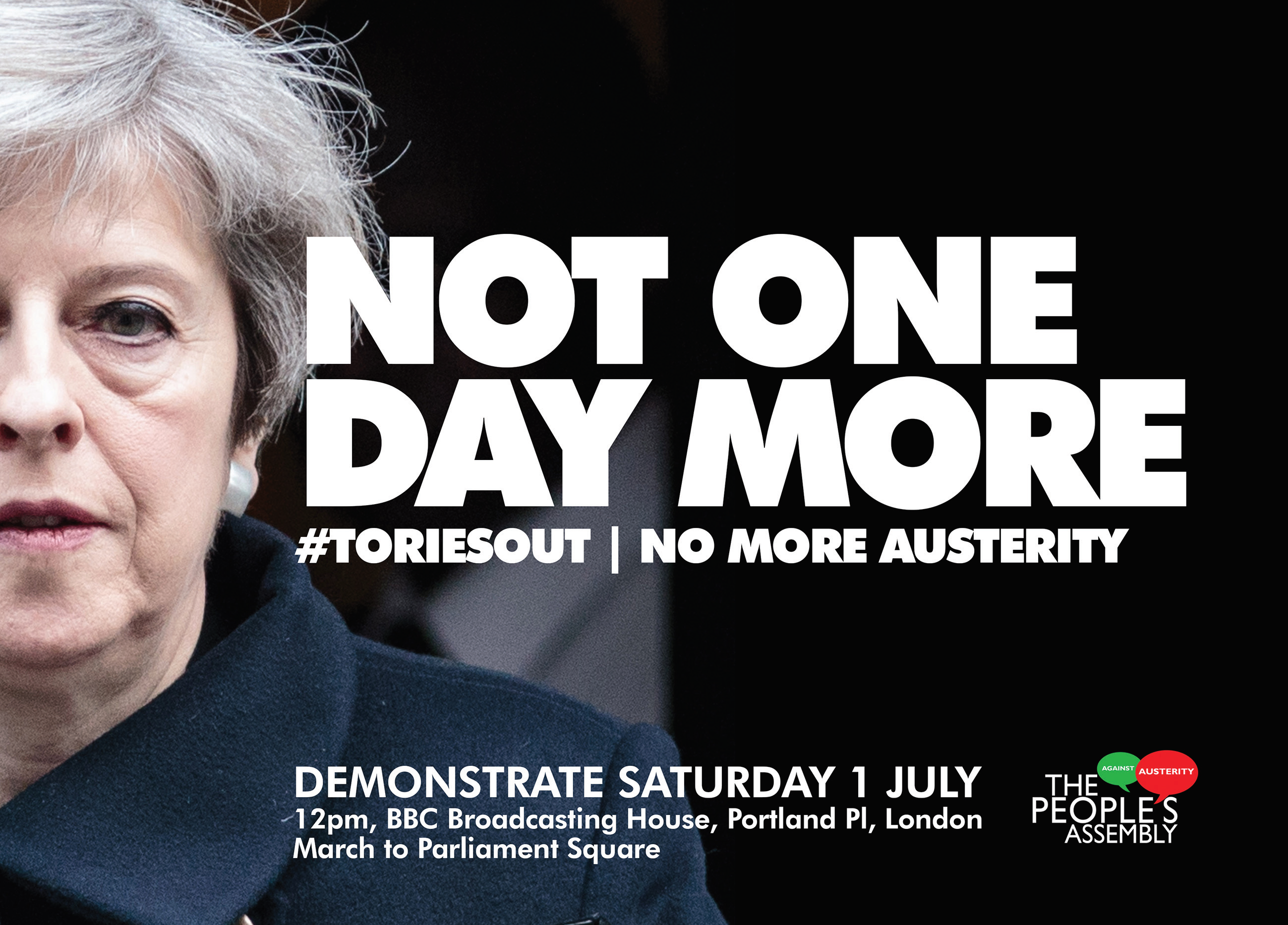 Theresa May called the General Election to gain a bigger majority, and despite massive media bias in favour of the Conservatives, she failed spectacularly to deliver on that. Now the Tories are in chaos trying to prop up a Government with the deeply conservative and regressive DUP.

The horrific events that followed the election at Grenfell Tower were avoidable. Privatisation, cut backs, deregulation and the use of cheap materials cost lives. Safety concerns were ignored. This is the most tragic example of what the consequences of austerity can be.

The Election result represents a rejection of Austerity. We want to make sure the full force of opposition is felt. If we continue to mobilise in huge numbers we can deepen the crisis for the Conservatives and force big concessions on the NHS, education, housing and jobs.