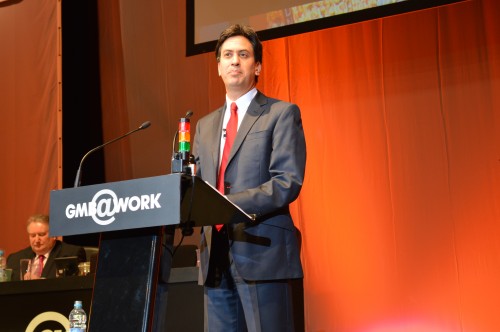 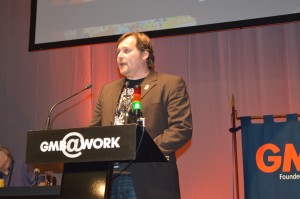 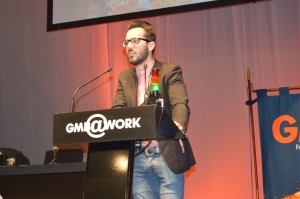 Ryan Ward from A55 Branch speaking on Motion 63 - This Conference notes:

1. The increasing use by employers of zero hour contracts.

9. To call for a future Labour Government to abolish zero hour contracts or legislate to restrict their use in line with the above beliefs.
10. To call for Labour Councils to ensure that their commissioning procedures include a requirement that bidders do not utilise zero hour contracts, and to ask GMB Councillors to act consistently with this. 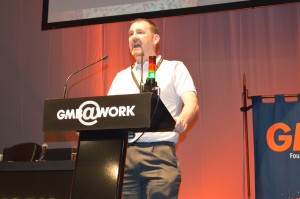 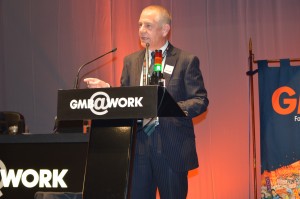 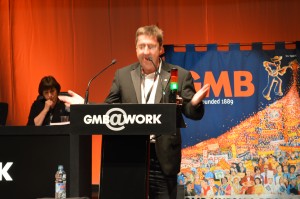 Ian Kemp from P20 Branch speaking on Motion 147 - This Conference is concerned about the shady Bilderberg Group and the involvement of past and present Labour MP’s with it.  This secretive organisation keeps no minutes and most attendees, which include businessmen, military and security personnel, politicians and royalty, tend to be kept secret.  Past known British attendees include Margaret Thatcher and Prince Charles.  At least one CIA front organisation, the Ford Foundation has given funds to the Bilderberg Group.

Conference believes involvement with such a shadowy, secretive organisation is incompatible with the aims and aspirations of the Labour Party, its members and supporters and should be proscribed. In this light, conference calls on the Labour Party NEC to investigate the links between any Labour MP’s and the Bilderberg Group, if necessary, expelling MP’s and members with links to it from the Party.

Motion 198: THE LAW IN PLAIN ENGLISH 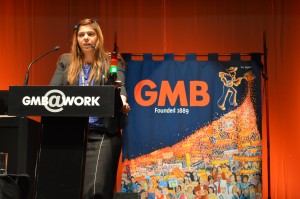 Farzana Jumma from B12 Branch moved Motion 198 - This Conference believes the justice system is in urgent need of reform to make access simpler, easier, cheaper and, more importantly fairer.  Everyone has a sense of right and wrong yet, in law courts, justice is not necessarily about fairness.  One of the reasons for this is the way the law is written, full of technicalities and jargon that cause confusion, create loopholes and lead to legal arguments about seemingly obscure points.

In order to redress the balance and to kick-start the much needed reform of the justice system, conference calls for laws to be written in plain English and for the interpretation of the law to be left for juries not judges to decide.  This will de-mystify the law making access to justice cheaper and easier for all. 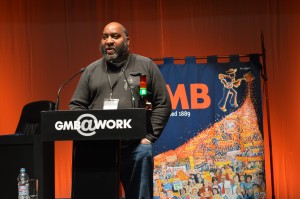 Atu Equiano moving Motion 291 - This Conference notes the secrecy around the proposed EU/US Free Trade Deal and fears the effects on UK employment, employment rights and UK standards. This conference calls on the GMB, through the TUC, to work with US unions on a joint position to protect both EU and US workers. 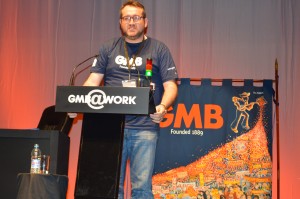 Delegates were shown a slideshow of the week’s highlights.  An omnibus vote of thanks was given by Jean Foster, CEC Southern Region and all delegates were united in one voice when they stood to sing The Red Flag.