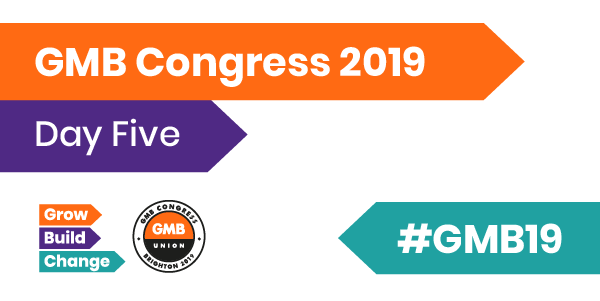 It’s just the half-day today, with some social policy and international motions to kick-off with before Emergency Motion One - Violent collapse of the banana sector in Cameroon.

Then we have the various closing speeches, everyone’s favourite end of Congress video and of course the singing of the Red Flag.

Our research into the potential loss of jobs from a British Steel collapse is featured across the print media this morning, including in the Mirror and the i newspaper.
Meanwhile, the Metro cover our call for companies to publish their ethnicity pay gaps. Our campaign against Brighton football club was mentioned on BBC Breakfast South East and ITV Meridian and response to Carillion bosses' payoffs was on BBC Breakfast North West.