It is such an honour and I'm so proud and humbled to be elected General Secretary of our great union says Tim Roache. 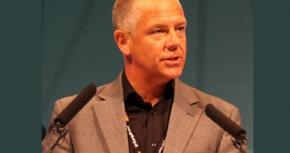 Tim Roache has been elected to succeed Paul Kenny as GMB General Secretary and Treasurer.

The outcome of the ballot organised by Electoral Reform Balloting Services was announced on 12th November 2015. Details of the handover date have yet to be agreed.

Workers are under attack by unscrupulous employers and a government far from being the party for working people, a government  intent on silencing workers voices forever.

It's not acceptable and I will repay GMB members' faith in me by leading a 21st century union that fights for our members, their families and communities every hour of every day'.

I also want to pay tribute to our retiring General Secretary Paul Kenny for the incredible job he has done for over 10 years that has made GMB the envy of the union movement.”