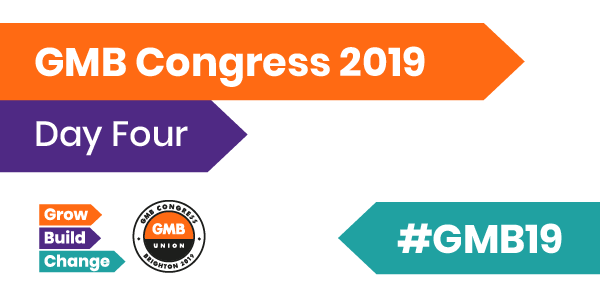 Day 4 of Congress in Brighton and we’re set for another packed day of motions, the GMB accounts and financial report, the final regional success stories and a guest appearance from Leroy Rosenior - former West Ham, QPR and Fulham footballer.

GMB is in the news again and today’s big story is on care and the shocking revelation that 130k people are being plunged into social care debt as families struggle to deal with spiralling costs.

It’s also our last day of fringes today. Show Racism the Red Card have an event following on from Leroy’s speech, there’s an interactive session on engaging young workers, the H&S team are talking about mental health first aid and GMB National President Barbara Plant is taking part in a discussion on GMB’s recent delegation to Palestine. 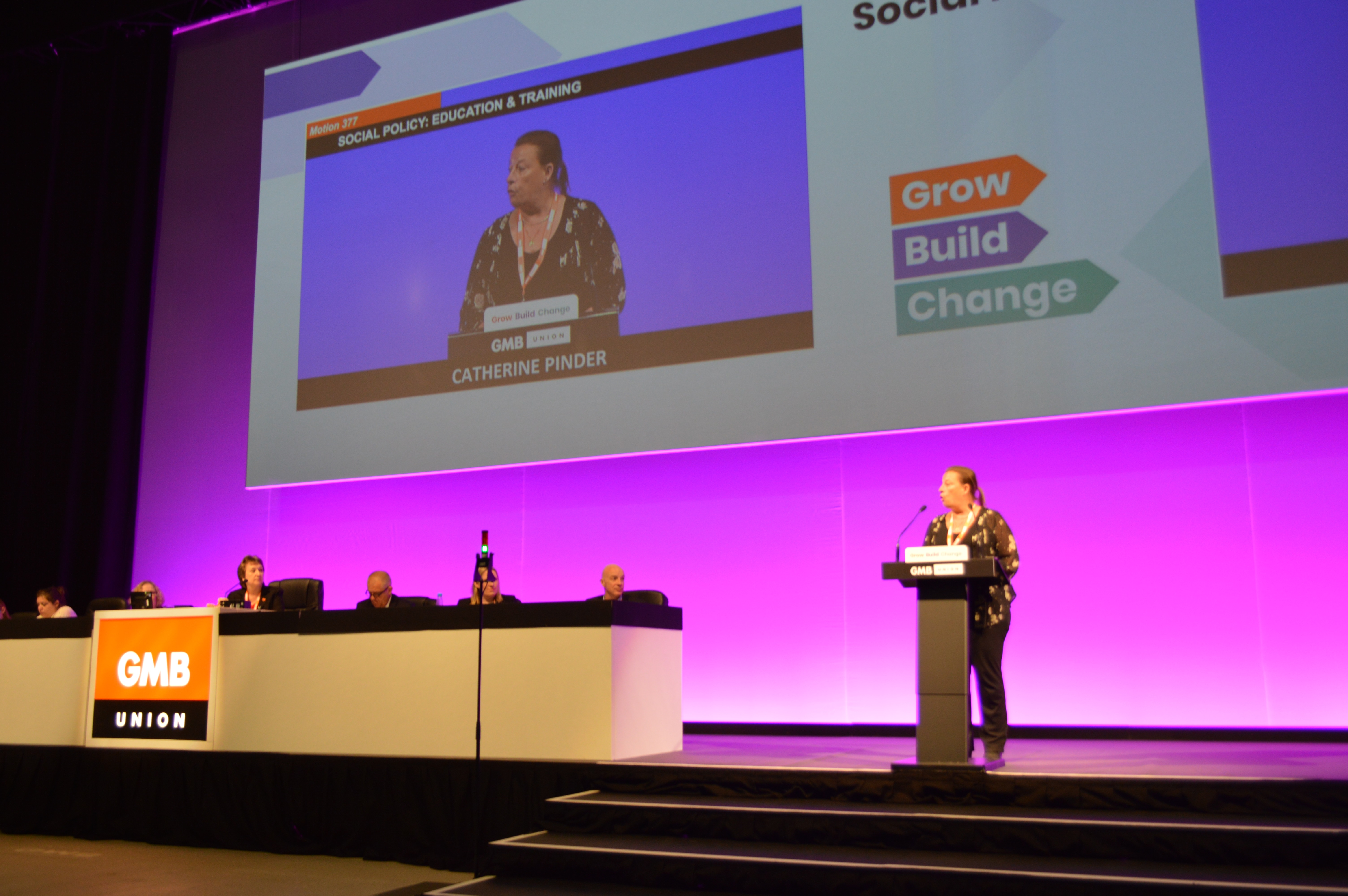 • Arts and culture play a fundamental role in our education, health and wellbeing.
• Eight years of Conservative austerity has resulted in huge cuts to schools, local authorities and the arts more generally, leading to a significant downturn in access to the arts and cultural activities for a large proportion of the population.
• The arts and cultural industries are dominated by those from more privileged backgrounds with the ability to pay for education and fund opportunities - with various studies highlighting the lack of working class people in the creative industries.
• Culture and the arts can be a catalyst for economic and social regeneration.

This Congress believes that:

This Congress resolves to:

• Campaign for equal access to arts and cultural education and opportunities for all, reasserting this Congress‟ commitment to lifelong learning.
• Call for the arts to be more central in future economic planning.
• Explore ways in which we can as a union work with the creative industries to use the arts to give all members an opportunity to enjoy and experience quality arts education to improve workers’ confidence, self-esteem, negotiating skills and ability to speak out on their own behalf and for other workers and colleagues. 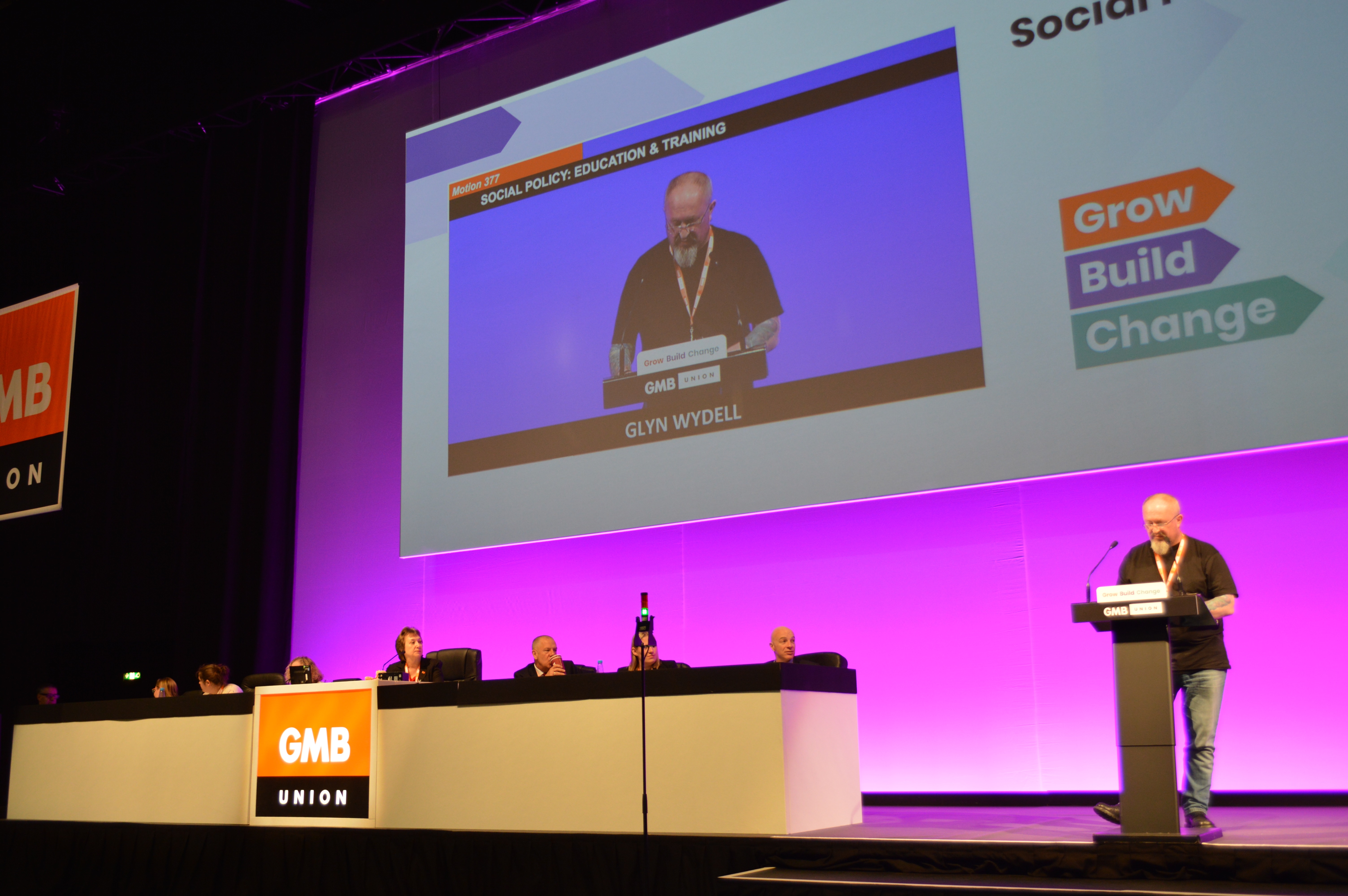 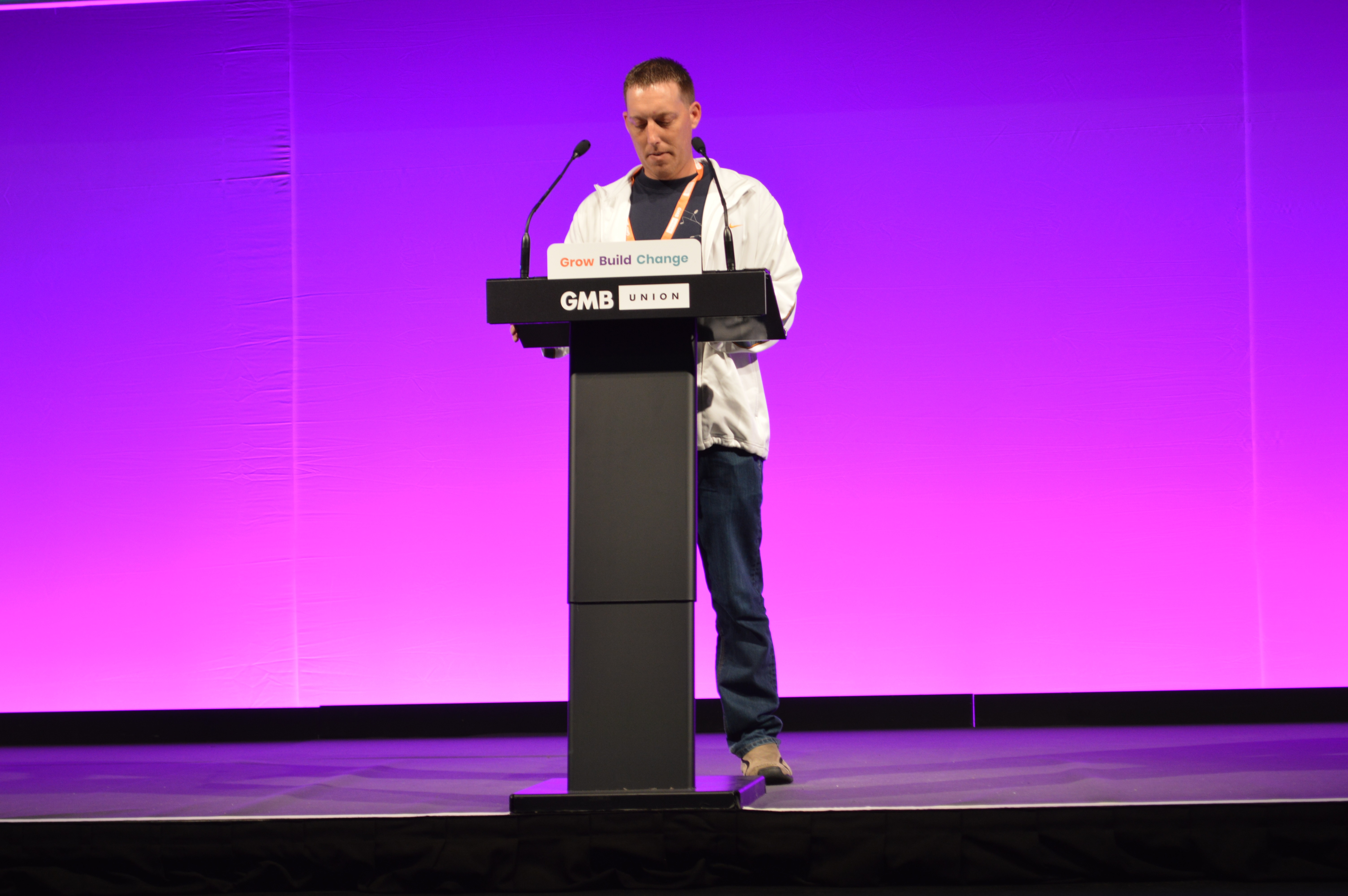 Daniel Preston from Derbyshire County Council Branch Moving Motion 380: Provision of Payslips
The GMB is a Union that attracts members from almost every industry, and this includes industries who have unscrupulous practices when it comes to paying their employees by withholding pay slips to make it difficult to question what they are paid.

We call on our union to protect its members and new generations that do not have the educational and literacy skills to protect themselves; so that the GMB becomes the movement that changes the expectations of all employees to make withholding pay slips from difficult to impossible.

This motion is in 2 parts:

Part (A) of the motion is to support teaching through the National Curriculum in secondary education to make sure that every school leaver understands that they are due a pay slip, what should be on it and how to work out if it is correct. The current level this subject is taught at is not sufficient and it is not a mandatory part of the National Curriculum.

Part (B) of the motion is to support training through the GMB to make sure that every member and prospective member understands that they are due a pay slip, what should be on it and how to work out if it is correct.

Current legislation provides a process to follow when errors are found. The issue is realising that there is a problem in the first place. For that, you need to know that you are due a pay slip and how to read it. 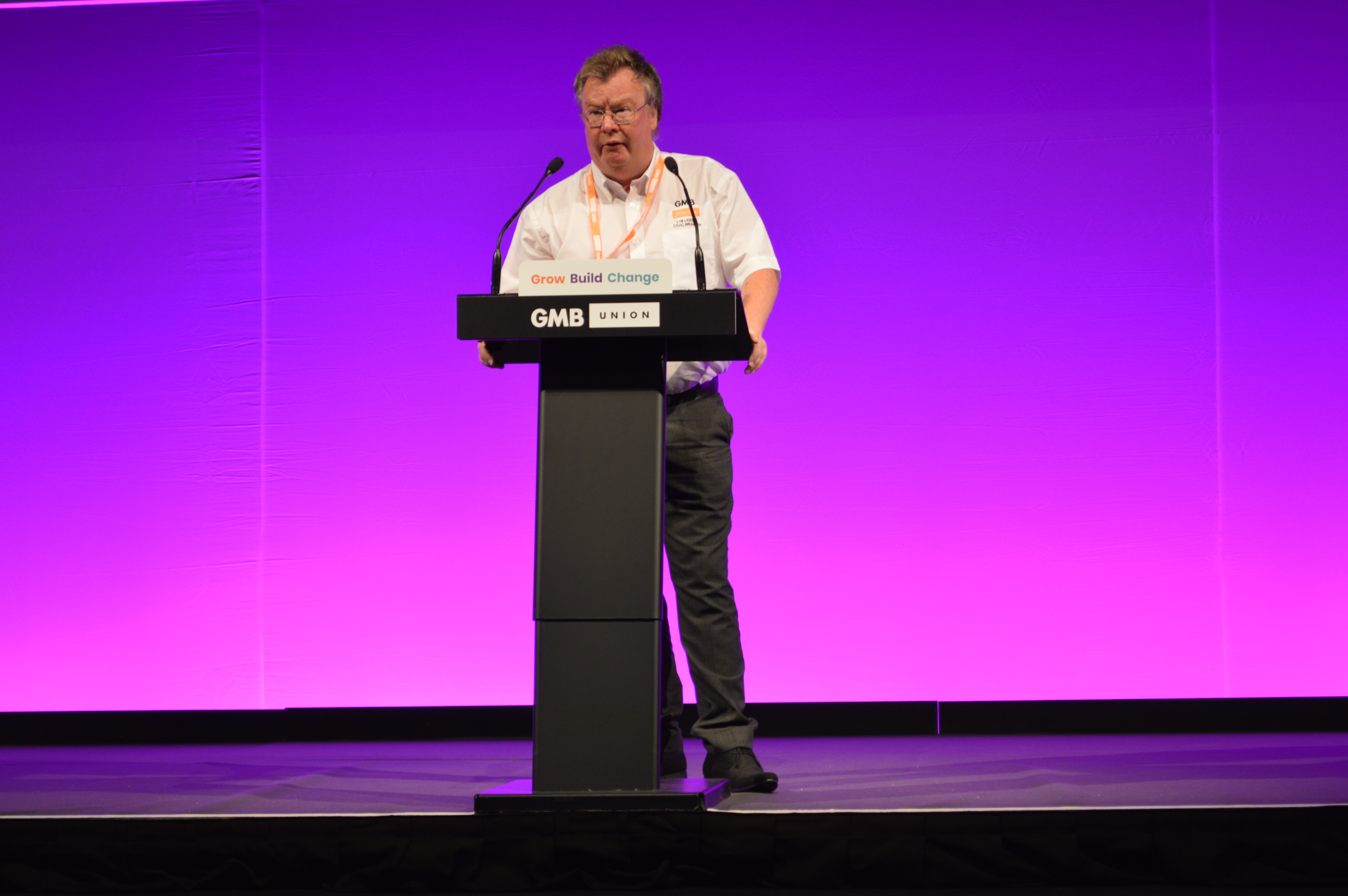 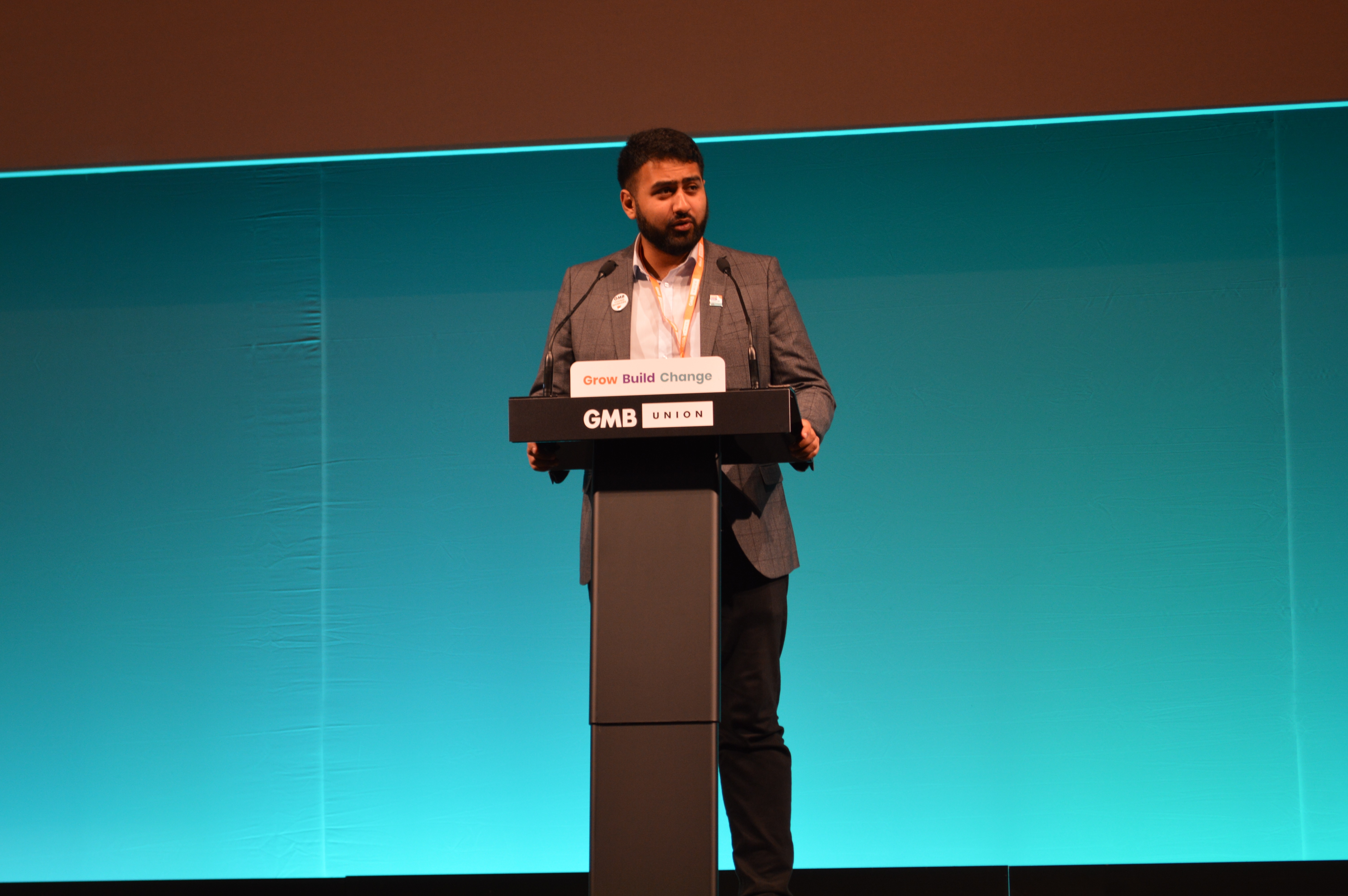 This Congress, GMB supports those EU nationals currently working in the UK and their families in their wish to work.

We welcome the removal of the £65 registration fee for those seeking settled status but further call for the process to become one of registration, as the recognition of an existing situation, rather than application, which implies the possibility of refusal.

Congress, we demand the modification of the system in such a way as to make it easier for people to register, and in particular calls for alternatives to the present on-line only scheme to be ended. 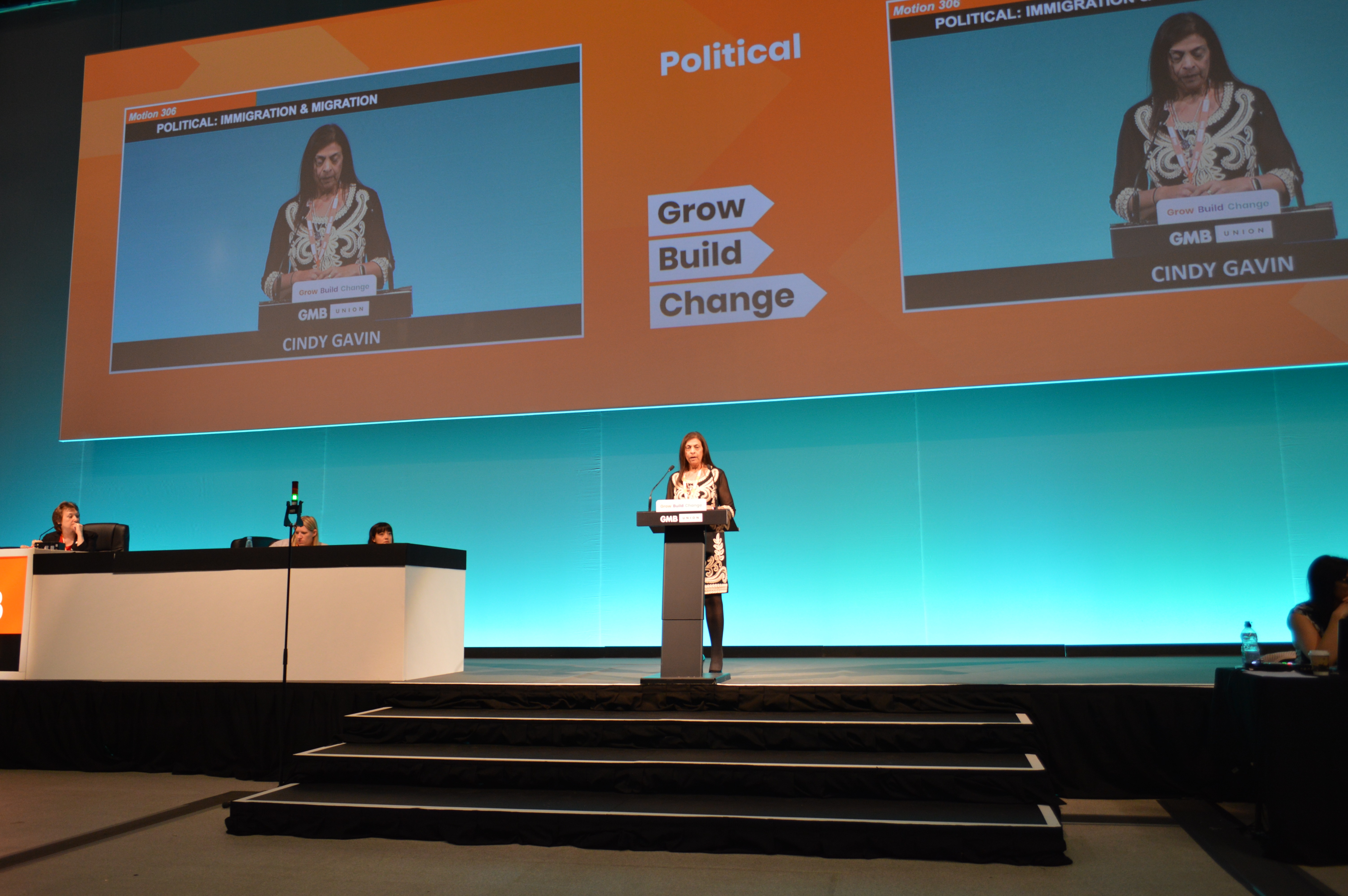 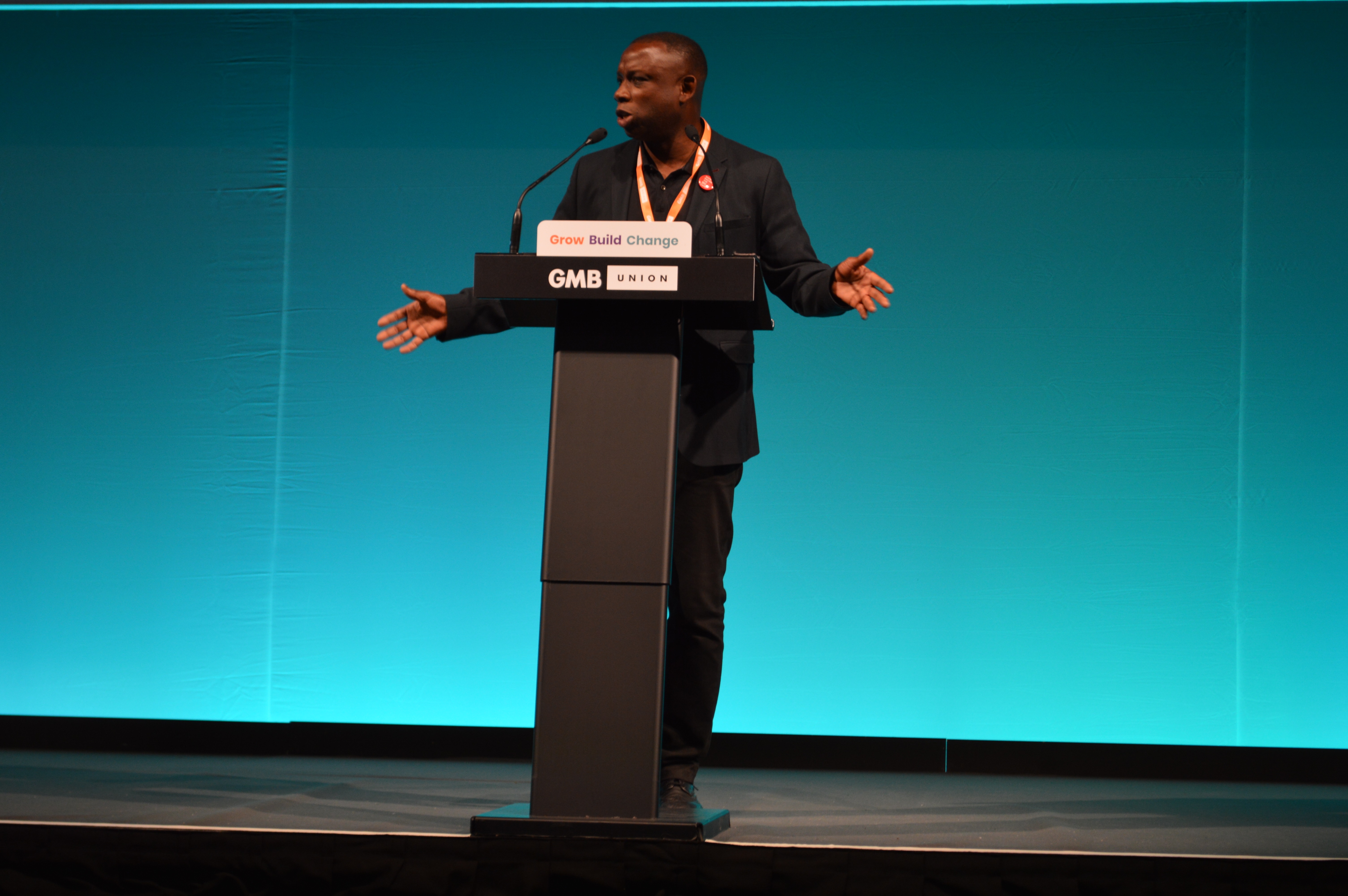 This afternoon Congress had a real treat when Leroy Rosenior, former West Ham, QPR and Fulham footballer and now Show Racism the Red Card campaigner, addressed conference. In a brilliant speech, he spoke about his time as a footballer and the racism he endured and of his commitment to stamp out racism. 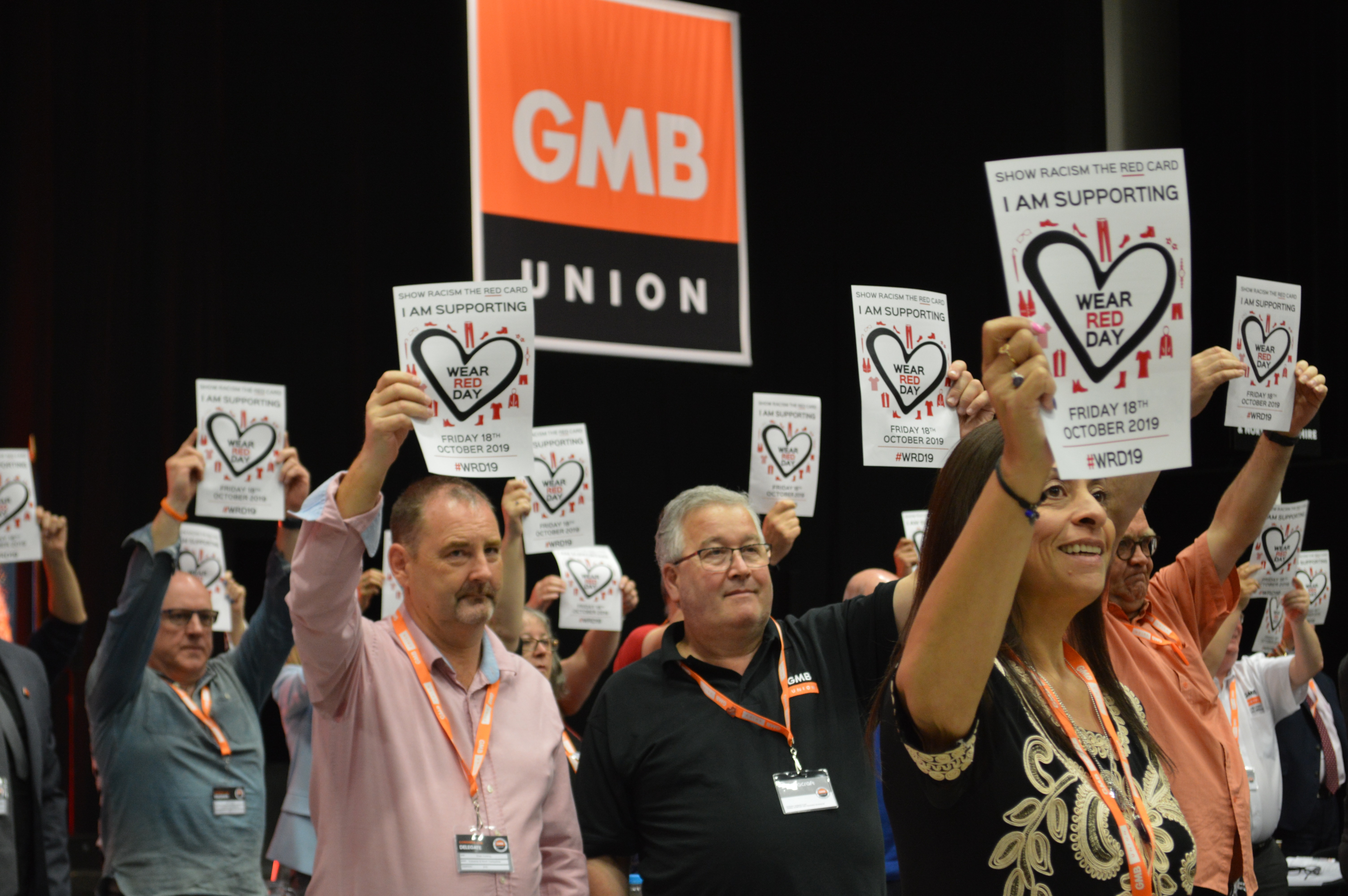 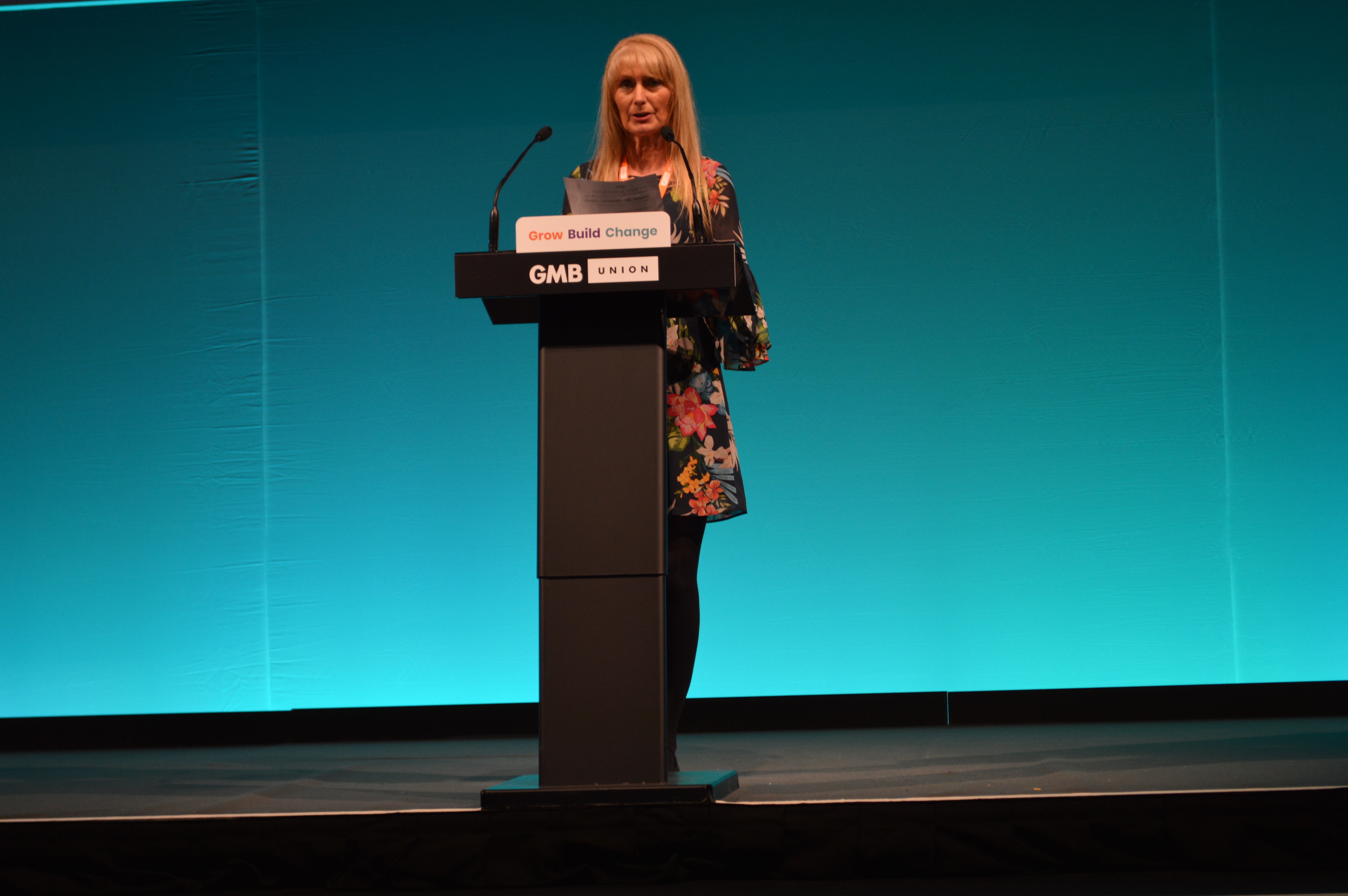 Sue Walker from ASDA Branch speaking in support of the Accounts and Finance Report.

Another smashing end to another day of #GMB19 today!

As Emergency Motion Three - Save British Steel, Save Scunthorpe - passes, it’s straight into the news headlines.

Our research into the scale of jobs at risk over British Steel’s collapse is covered by ITV News. 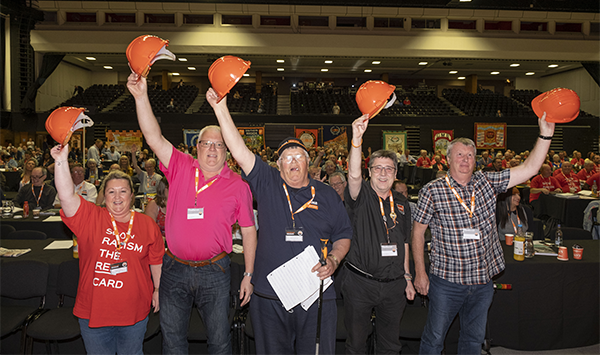